How do you find the length and angle of a belt between two pulleys, both outer edged and also crossing?

this question assumes that the pulley is on the outer edge, and asks only about the length.

use case: i have a 3D printer CAD simulation where the pulleys may be of any arbitrary size, and the belt may at times cross over from outer edge to inner edge, and back. my first attempt to code this up (in python) was not entirely correct: 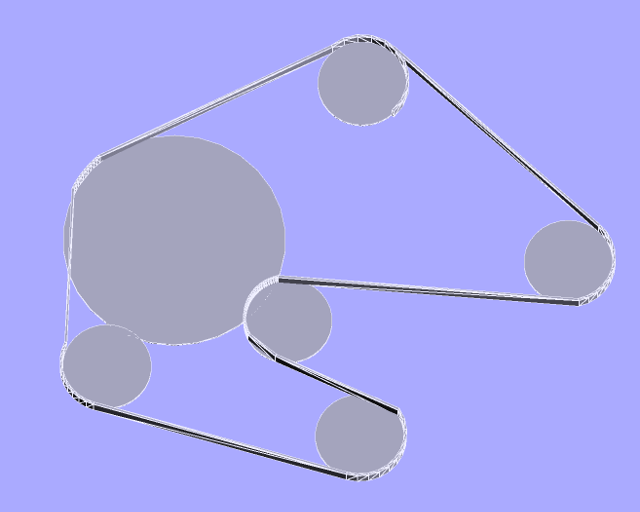 you can see in the case of the (very) large bearing the belt layout is incorrect (leftmost part of belt in picture), also the pulley which doubles-back on itself - swapping from outer-to-inner and then inner-to-outer in the process - the "belt" is overlapping inside the pulley (lowest one in the picture)

so there are two cases where i need to know the length of the belt, and, unlike the other question posted i also need to know the angle that the belt segment makes between the two bearings. we also assume a starting angle in each case from the first to the second bearing 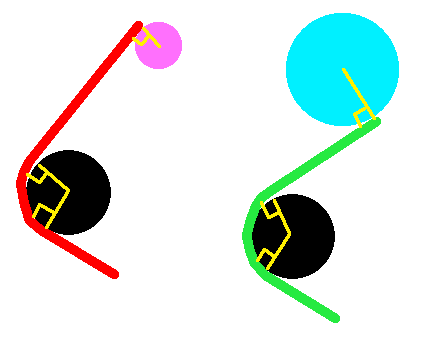 if there is a simpler way to express this, please feel free to express then answer the simpler question :) if anyone would like to see the actual python code it is here, as GPLv3+ licensed source. 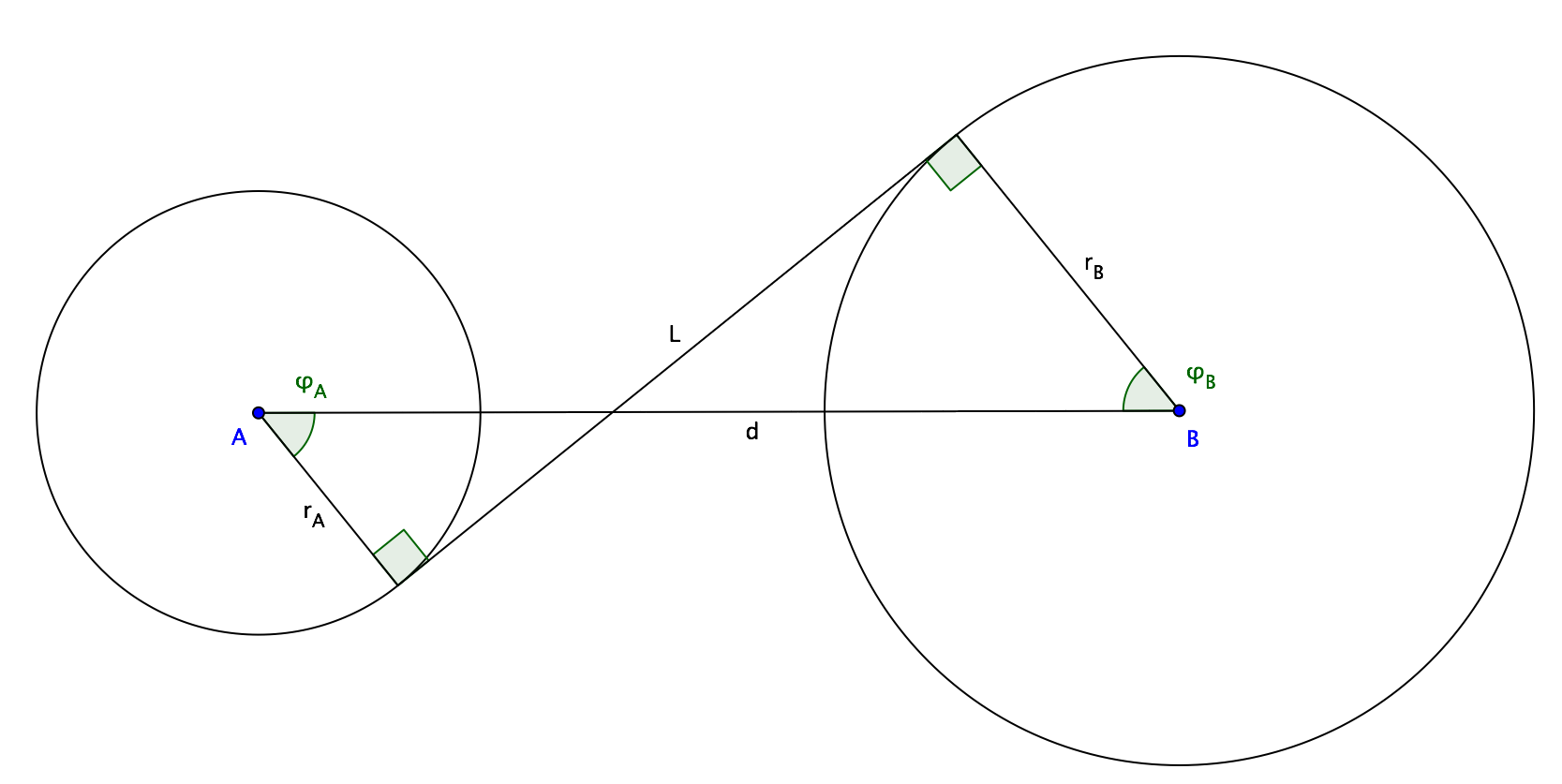 2
Given two circles, find the length of a pulley belt that connects the two.

3
what formula describes the convex hull of two circles (i.e. two circles connected by tangent lines)?
4
Distance between two gears surrounded by a known-length belt
1
Finding the necessary diameter for a pulley to match the ratio of other pulleys
1
Length and breadth of a rectangle enclosed between two semi-circles of given radii
1
How to find a crossing point between two lines?
0
Circle rotating within circle
4
How can I find the radius of curvature of a pipe when given the angle?
0
Rings of Rhombuses
1
Calculating the distance between a point within 2 cuboids
2
Can an angle between the subdividing segments and the edges of a triangle be determined only by interior angles and the intersection of the segments?