What does a $4$-dimensional bell curve look like graphically?

I have some $4$D data in $(w,x,y,z)$ quaternion format that I'd like to graph to discern whether or not it follows a Gaussian function. I am using MATLAB and a slider to emulate the fourth dimension. Does anyone know how a bell curve would look like in $4$D?

So, at each point in time (reducing you to 3D), a contour plot of the pdf $f(x,y,z)$ = constant would look something like this: 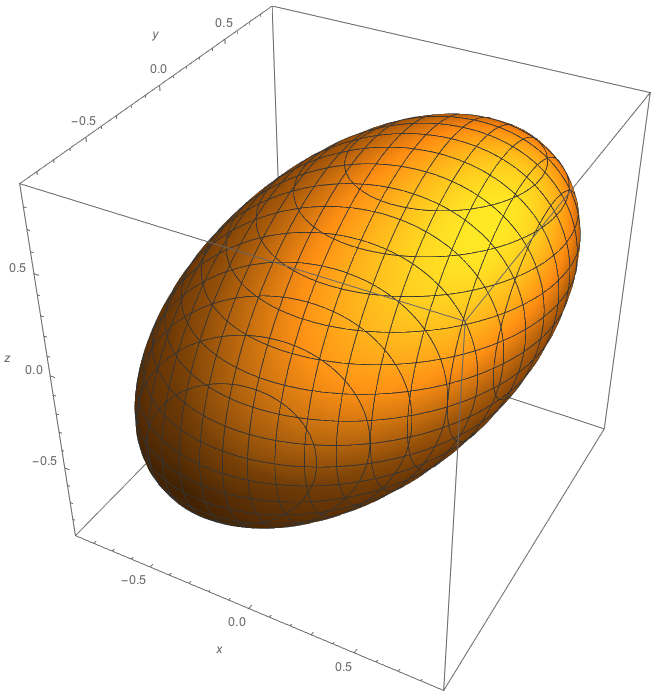 where parameter $\rho_{x,y}$ alters the 'orientation' of the ellipsoid in the $x$-$y$ plane etc

This answer focuses on the first need of the OP:

I have some $4$-D data in $(w,x,y,z)$ quaternion format that I'd like to graph to discern whether or not it follows a Gaussian function.

The merging of $y$ and $z$ is due to a source of "$4$D light" that is located "behind" the $4$D cloud of points, specifically to create a shadow of the plane of $(y,z)$ of the cloud of points, being the shadow the projected points at $x3$. (A more concise explanation about the way of calculating the projection is in this other question). 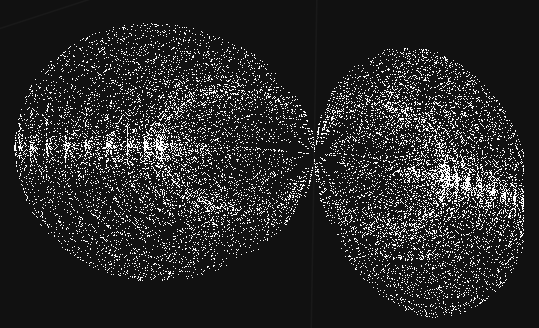 Any $3$D projection is an "slice" of the $4$D object, just a cut of it. Thus, to see the "complete" $4$D object we need to rotate $360$° , with a camera around it in the $4$D space and see how evolves the projection. In $3$D we can only see one slice at a time, so a complete $360$° rotation around the $4$D object (in this case the "object" is a cloud of points) gives a final idea of how it looks in four dimensions. Here, the projection of the complete rotation around the $4$D cloud is shown (so basically we are seeing the "whole body" of the cloud if we consider it as a unique object):

Well in this case, more than $3$D is something like a "$2.5$D" (because we are visualizing a $3$D projection into this computer screen, so we are simulating three dimensions with two dimensions).

I will add another different plane projection in some hours or maybe tomorrow (the Python program that creates the aforementioned slides takes some time to finish, and after that I use VirtualDub to create an animated gif). 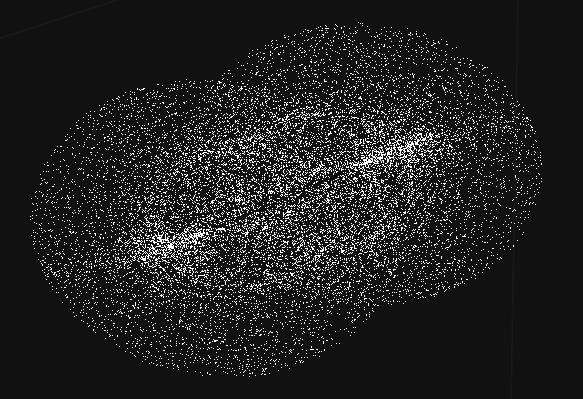 And the complete object ($360$° view of the cloud). I do not know what the OP's points represent, but it looks quite cool:

Not the answer you're looking for? Browse other questions tagged algebra-precalculus statistics descriptive-statistics or ask your own question.

8
Can I build a program that will tell me if a real world data set looks linear, logarithmic, exponential etc?
0
Graph of the function
2
Gaussian Curve Fitting - Parameter Estimation
0
2D data fitting
1
How to find (and plot) a probability distribution function?
0
How to generate a "log" series of number knowing the start and end?
2
How can I safely make statistical inferences on abnormal data?
0
Create a probability model from discrete data
1
I need to statistically analyze some simple data for a paper, but I am not sure the best way to do so.