Are there infinitely many clones containing all the constant functions?

A clone on a set $A$ is a collection of $m$-ary functions $A^m \to A$ ($m$ depends on the function) that is closed under composition and includes all projection functions. Clones are significant because for any language of possible operations on $A$, the functions definable from those operations is a clone. Let $n = |A|$.

The classic case is where $A = \{0,1\}$; a set of functions is "expressively adequate" if it generates the clone of all functions. It is a famous and fundamental result that sets such as $\{\lor, \lnot\}$ and $\{\to, \bot\}$ are expressively adequate. A more powerful and incredibly beautiful result is Post's lattice which completely characterizes ALL countably many possible clones on $\{0,1\}$. Wikipedia states: "the lattice of clones on a three-element (or larger) set [has] the cardinality of the continuum, and a complicated inner structure."

But I have an alternate definition of expressive adequacy in mind where we wish to always allow constants $0$ and $1$. Thus we restrict to those clones containing the constant functions, and we find that there are only finitely many clones on $\{0,1\}$. In fact, there are 7 clones:

Thus I am interested in whether there are still finitely many such clones for a set of size greater than $2$.

The answer to the question in your title is yes.

''Answering a question raised by McKenzie, the authors prove that over any finite set with at least three elements there are continuously many clones containing all constants. Here a clone over some set A is a set of finitary functions over A containing all projections and closed with respect to composition.''

Images of the article from Google Books: 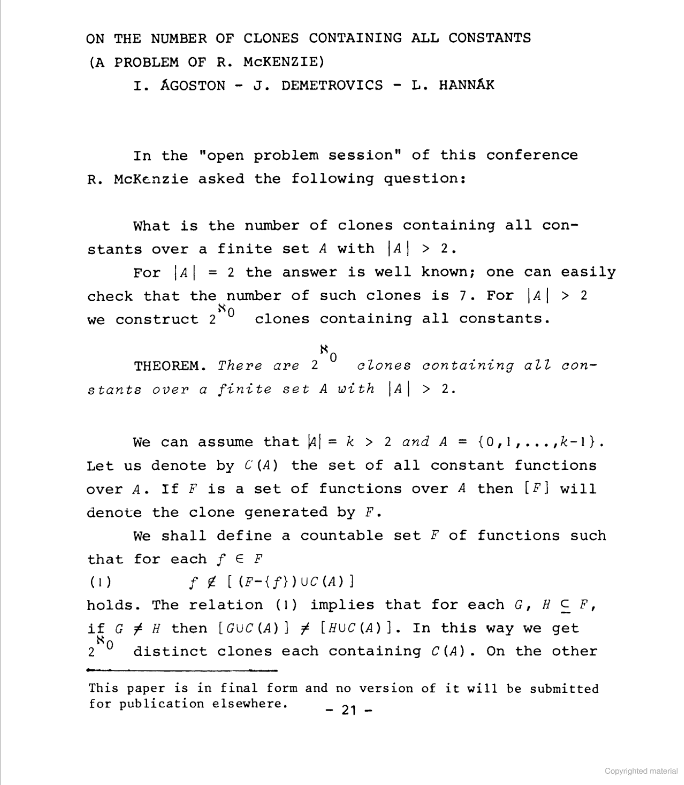 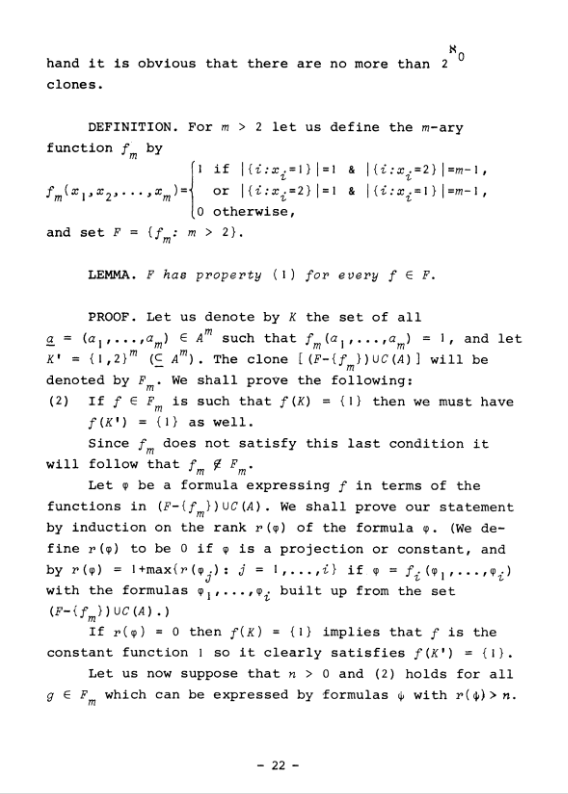 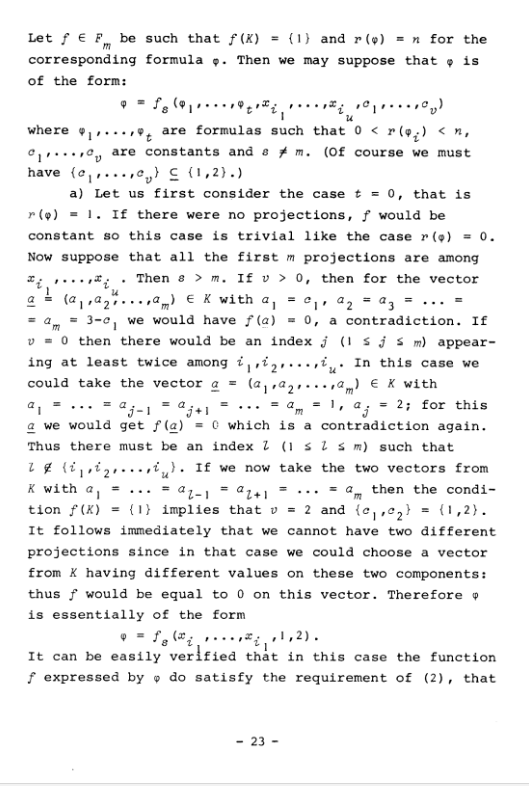 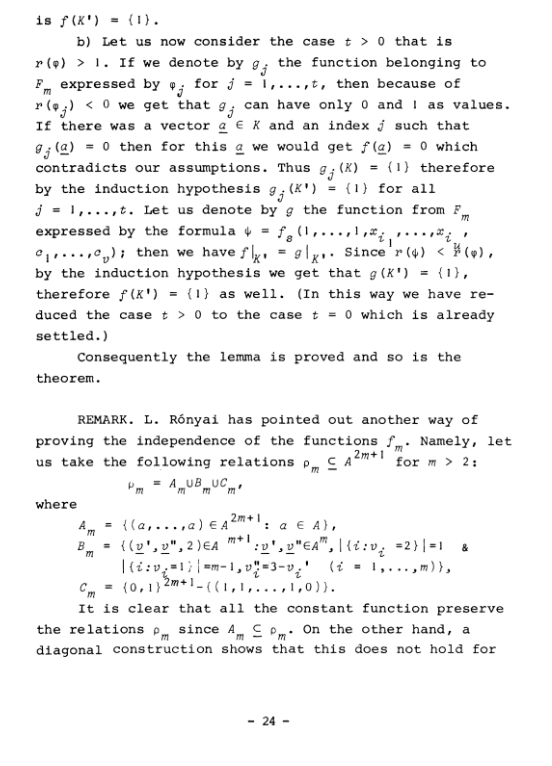 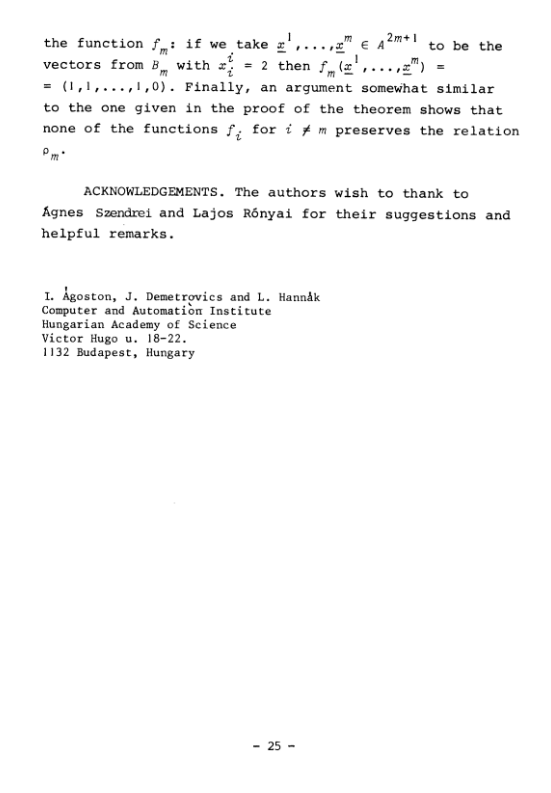 Not the answer you're looking for? Browse other questions tagged abstract-algebra universal-algebra or ask your own question.

1
Proof that the lattice of fully invariant congruences is a sublattice of the lattice of all congruences
5
Has anyone succeeded in formalizing the notion of a complete vector space? (Not using topological ideas).
5
Which sentences survive the passage from $X$ to the set of all functions $I \rightarrow X$?
0
The substructure generated by a subset
2
varieties of bi-unary algebras
2
There are finitely many ideals containing $(a)$ in a PID
6
how many “pure ternary” operators are there?
3
Is there a generalization of universal algebras that allows the use of multiple sets?
1
Query on algebraic systems, varieties and free objects
1
How many distinct clones can be generated using functions from $P_2(n)$?