I believe it has something to do with Rolle's Theorem, judging by the hypotheses. However, I can't seem to find a way to tackle this problem. Any help is appreciated, thanks!

The best and most direct solution has been given by robjohn. Let us just construct another explicit possible proof by iteration if one does not want to use the mean value theorem of derivatives. If $f$ has continuous derivative in a neighborhood of one of its critical points, then it is almost straightforward to get such $c_1<...<c_n$ for any $n\in 2\mathbb{Z}^+$ using the intermediate value theorem for continuous functions. If $f'$ is not continuous in a neighborhood of the critical point, then trickier arguments are needed but I think the process explained below can give you an idea of what to explore to generalize for that case. To understand the idea take a look at the (badly done) picture: 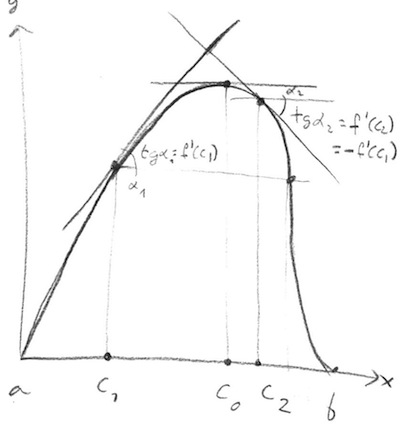