What is the connection between a row vector and covariant vector (or column and contravariant)?

This youtube video by Eugene Khutoryansky makes the distinction clear between the covariant coordinates of a vector (dot product of the vector with each of the basis vectors or vector projection), and the contravariant coordinates (parallelogram law): 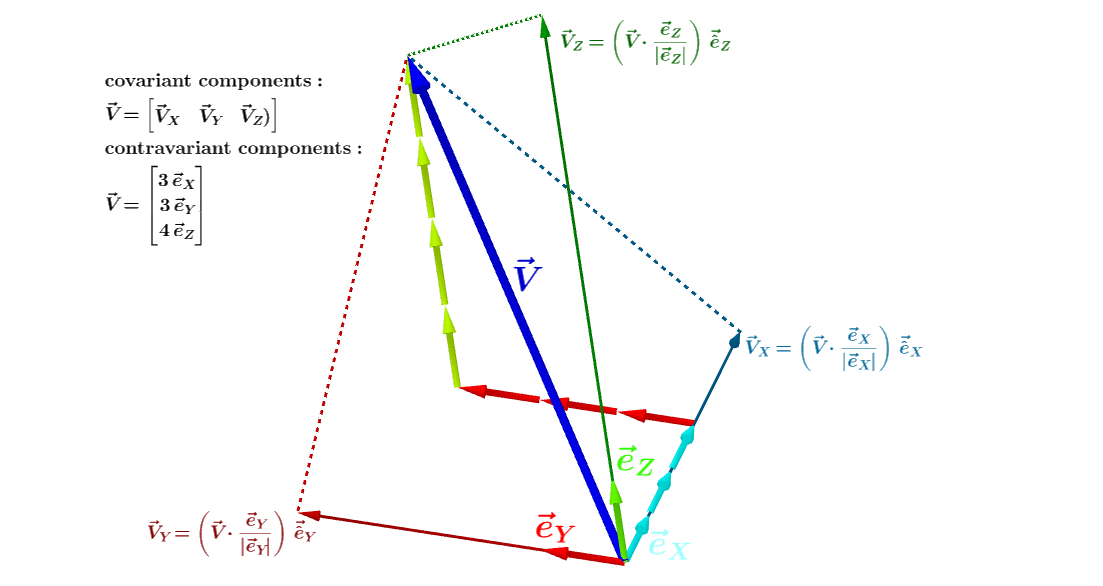 Is there a way you could explain to a lay person that this somehow underpins the following fact:

I would like to know, for example, if the idea carries beyond being able to calculate the length of a vector in non-Cartesian coordinates as the dot product of its covariant and contr$avariant expressions:

It's just a convention. The dual space of the space of column vectors can be naturally identified with the space of row vectors, because matrix multiplication can then correspond to the "pairing" between a "covariant vector" and a "contravariant vector".

If $\omega$ was the column instead, then the above matrix multiplication would look as $\omega(v)=v\omega$, which would not look as aesthetically pleasing, as we are used to displaying the argument of a function to the right of the function, and in this case $v$ is the argument.

Not the answer you're looking for? Browse other questions tagged differential-geometry vectors tensors or ask your own question.