Is projection an isometry from the poincare disk to a two-sheeted hyperboloid?

It's intuitive to me that if, given a two-sheeted hyperboloid, you center an open disk equipped with the Poincare metric at one of the hyperboloids vertices (is that what they're called?) such that the radius of the disk is the radius of the asymptotic cone at that point along its axis of symmetry, then performing the projection I described is an isometry of the hyperbolic plane. I haven't thought much about how to prove this, I feel as though I would need to know how to calculate distance on the hyperboloid, and trying to do so with an integral gives an equation that I'm pretty sure isn't solvable analytically.

Is my intuition correct? If so, How would you go about proving it? If not, there is an isometry between these spaces, because they're both models for the hyperbolic plane, right? 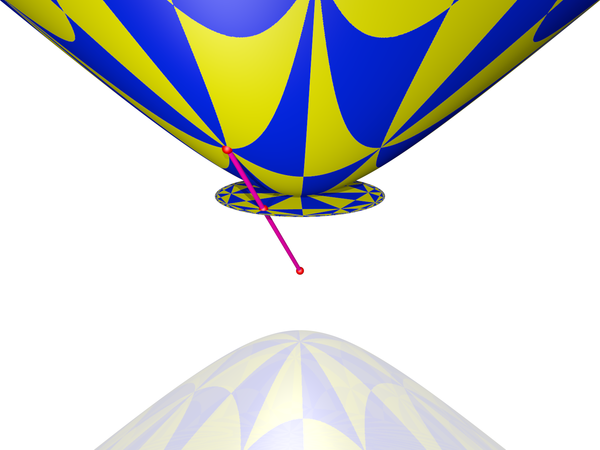 If you want to project to Poincaré disk model instead, you should place your disk at the plane of symmetry (i.e. at $z=0$) and your center of projection at one of the vertices (i.e. $(0,0,-1)$): 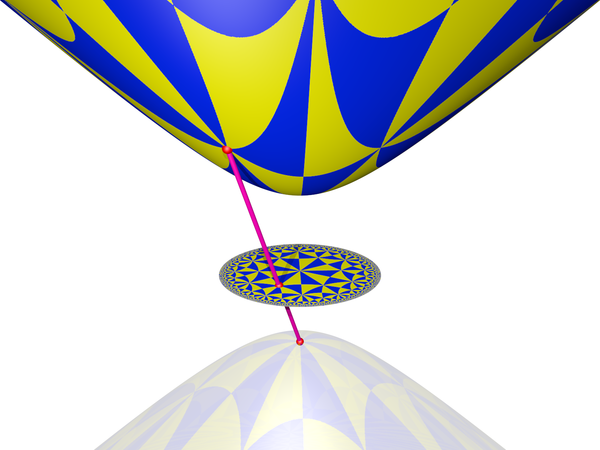 picture of a single point in the hyperboloid model, projected to the Beltrami-Klein model and the Poincare disc model 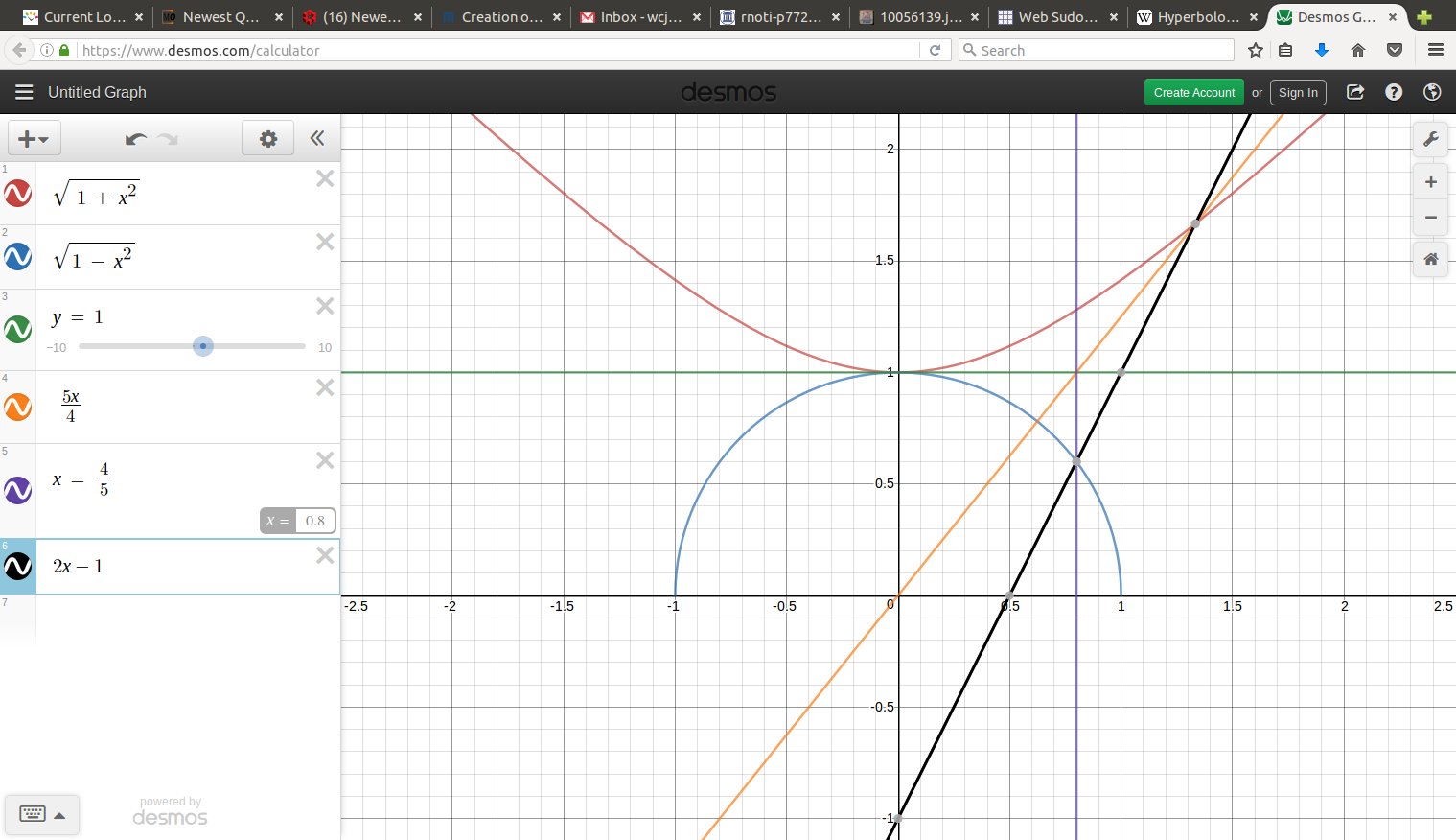 If we think of the projection out of the origin as being an entire plane, we intersect with the hyperboloid in a geodesic. This is pulled back to a line segment in the Beltrami-Klein model (at $z=1$). This is projected vertically to a semicircle on the hemisphere $x^2 + y^2 + z^2 = 1, z \geq 0.$ Stereographic projection around the South Pole $(0,0,-1)$ takes that semicircle to a circular arc in the Poincare disc ($z=0$), which is orthogonal to the equator because the semicircle was orthogonal to the equator, while the equator is mapped to itself. Result in the xy plane depicted below, an entire geodesic arc in the Poincare disc. 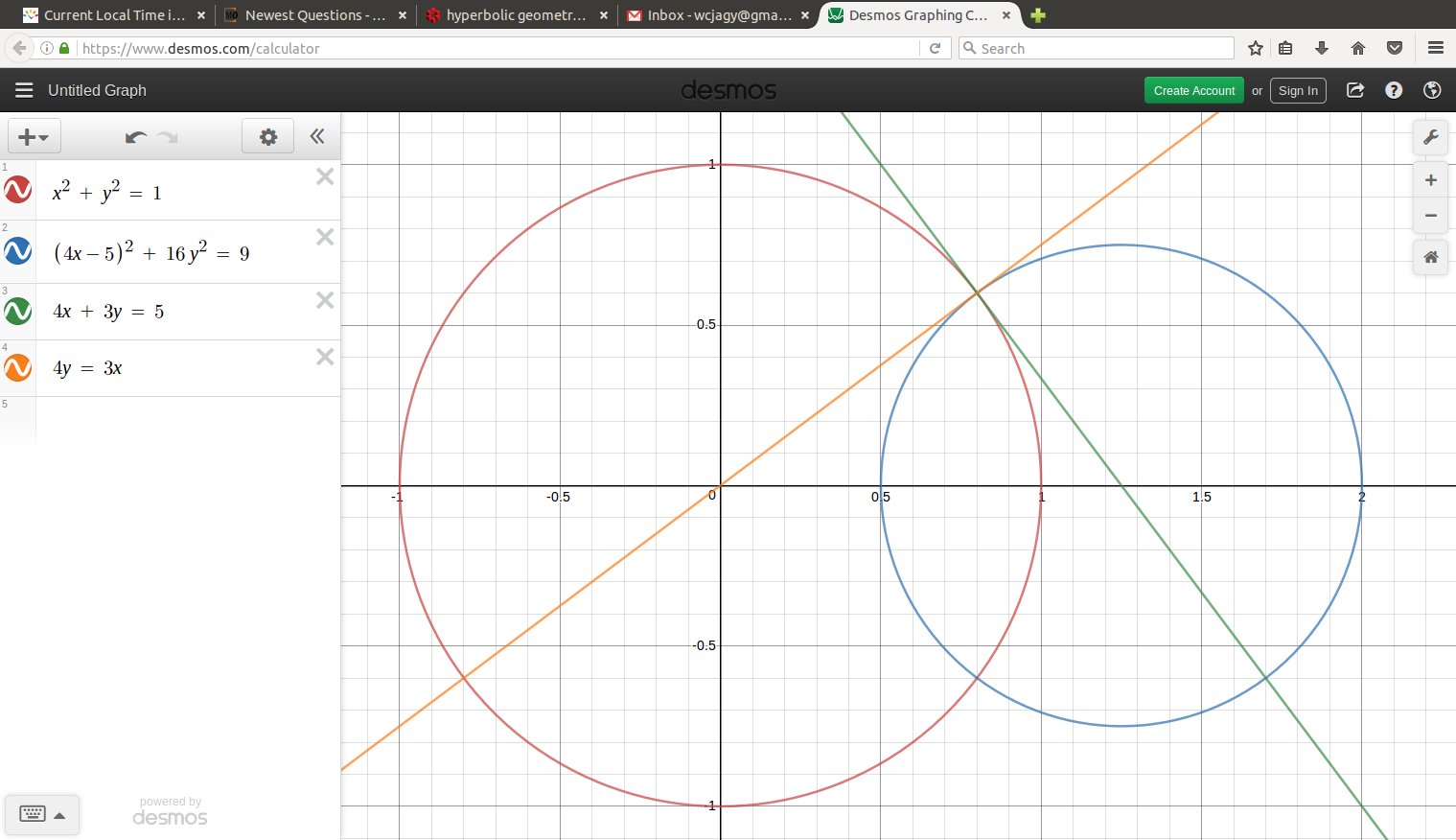 Not the answer you're looking for? Browse other questions tagged hyperbolic-geometry isometry or ask your own question.