I have struggles with both directions. If I assume that my atlas is (positive) oriented, then for every tangent space the change of basis has positive determinant, by definition. How does that imply that $\det D h_{\alpha\beta} > 0$? Similarly, if all transition maps have a positive Jacobian determinant, how do I get to $\det T_ph_\alpha$ for all $p$ and $\alpha$?

I'd be very happy for some tips! 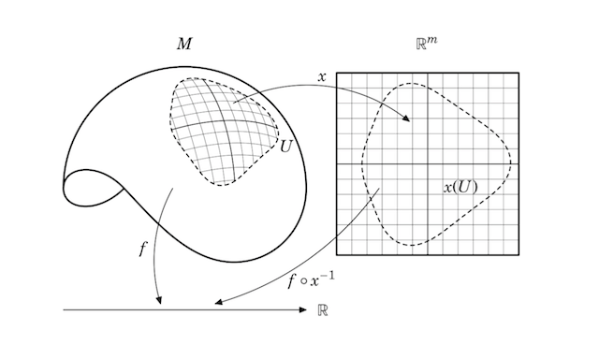 This is an example of what it means for $f: M \to \mathbb{R}$ to be smooth. Although never said, in calculus we've always used this association of $f$ with $f \circ \phi^{-1}$, but it was hidden due to the fact that we used the identity map for our local chart.