A circle tangent to an ellipse

A friend of mine showed me the following problem: 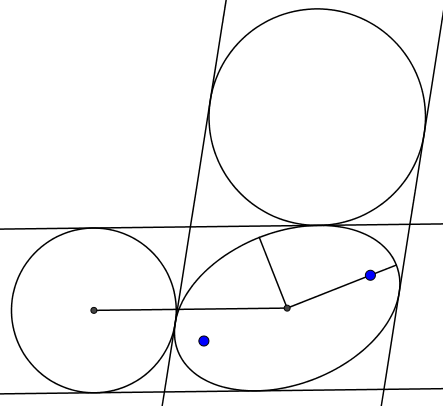 I'm stuck. I'd like to see some proofs, preferably non-analytic ones.

I have a roadmap for a simple solution through analytic geometry / trigonometry: 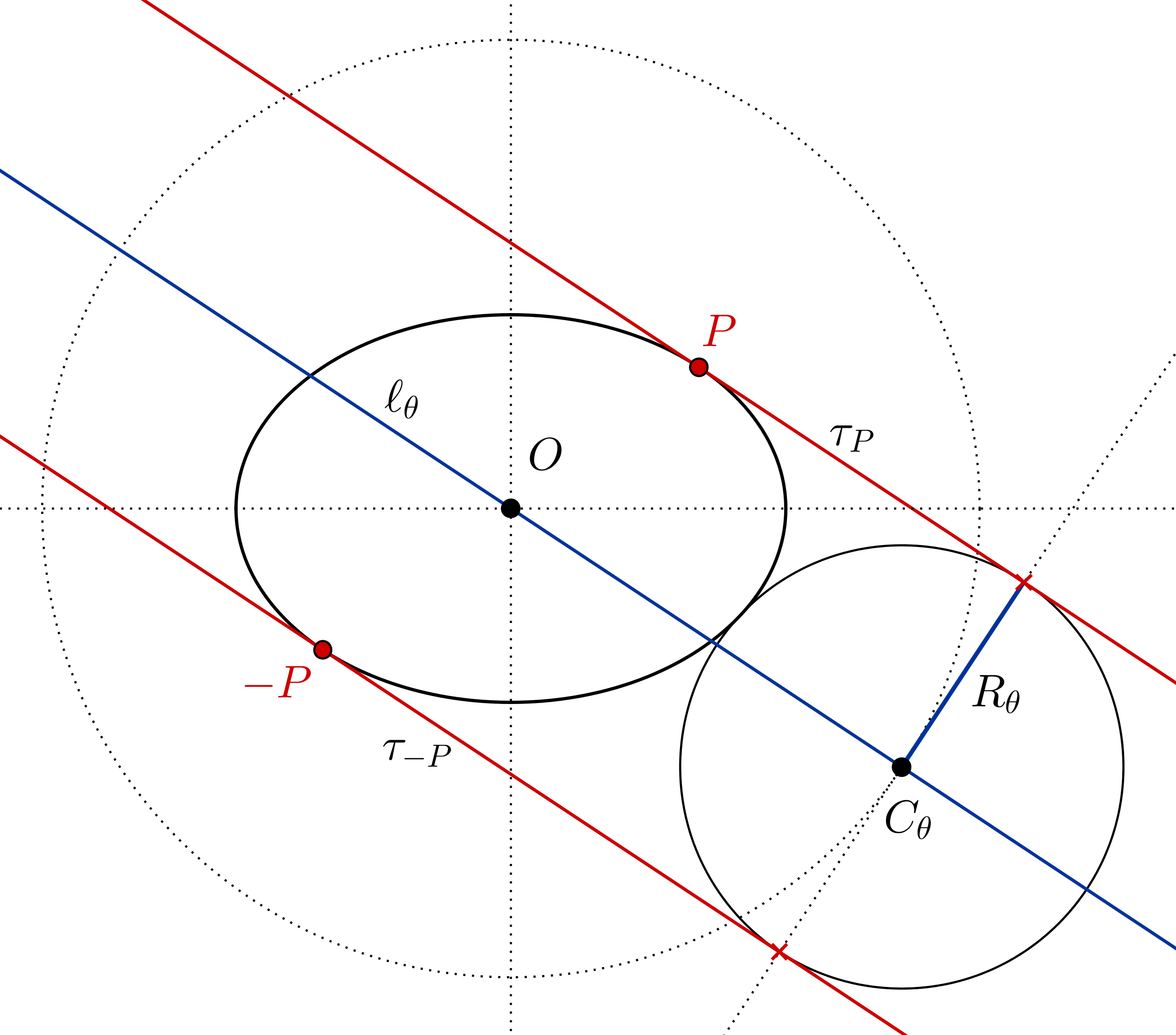 Here there are some ideas for a purely Euclidean solution: 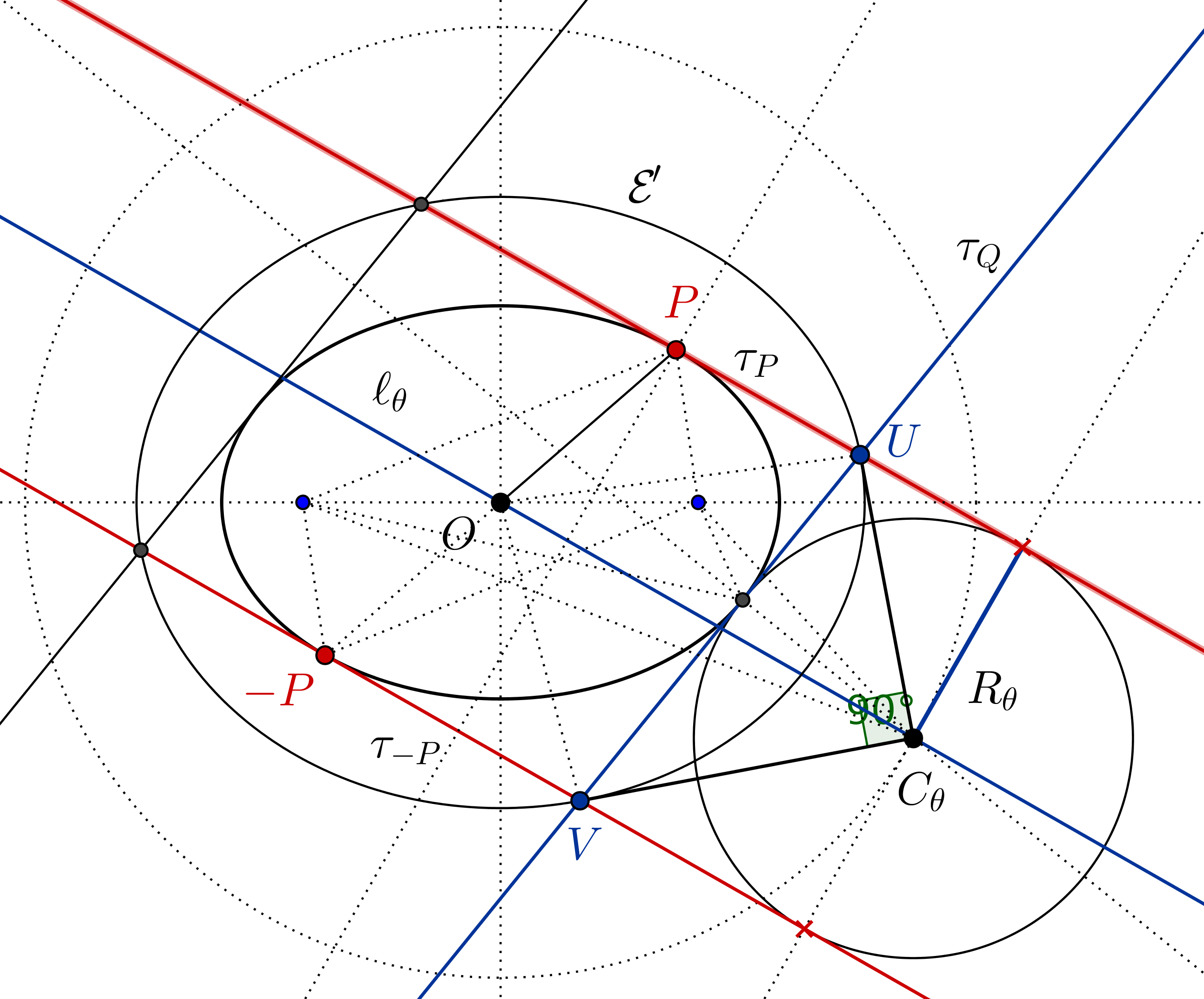 Indeed, the first claim follows from Poncelet's porism and the second claim is just a matter of angle chasing.

Here it comes an animation, too:

Not the answer you're looking for? Browse other questions tagged geometry euclidean-geometry conic-sections or ask your own question.