Prove that the intersection of medians is the same point in both triangles.

Consider triangle $ABC$ We construct $A',B',C'$ like the picture below: 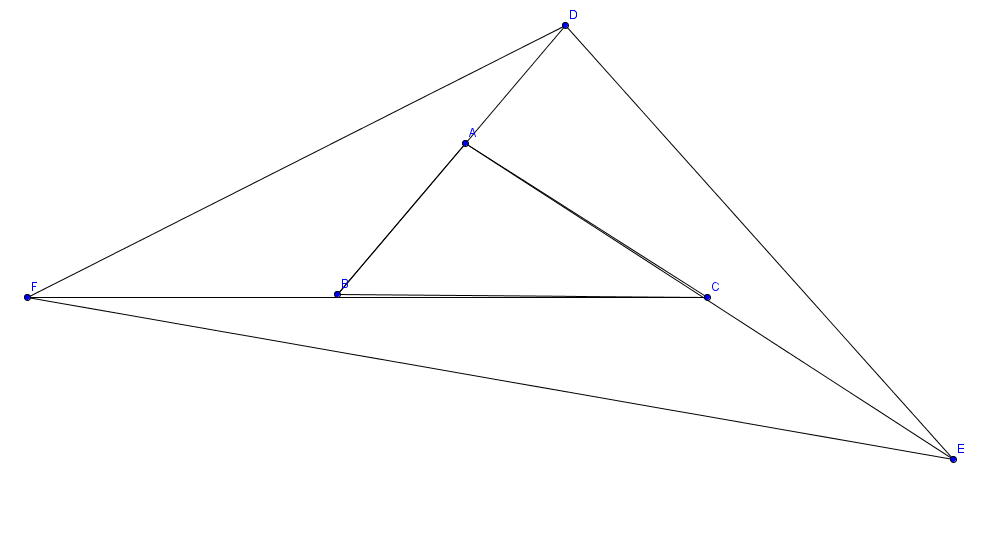 (Here the name of points are different.)$A,B,C$ are mid points.Prove that the intersection of medians is the same point in both triangles.

What should we do to prove that?The medians are not the same so working with the definition of all medians seems to be useless so I considered one median and found a point on it that divide it into two part that one part is two times bigger than the other but this definition also didn't work.What should I do now?

0
Prove triangles with same perimeter and point of tangency of excircle and nine-point circle.
2
Prove that lines intersecting parallel similar triangles are concurrent
2
Medians Help (Triangles)
1
How to find equations of triangle sides, given equations of two medians and one point of triangle?
2
proving that triangles $ABC$, $A'B'C'$ are congruent
1
Triangle: Find area given 2 side lengths and that two medians are perpendicular
2
Prove that in similar triangles ratio of correspondent medians is same as ratio of correspondent sides
8
Triangles congruency