How to construct a tangent to a circle between two lines?

Is it possible to solve this problem through straightedge and compass? 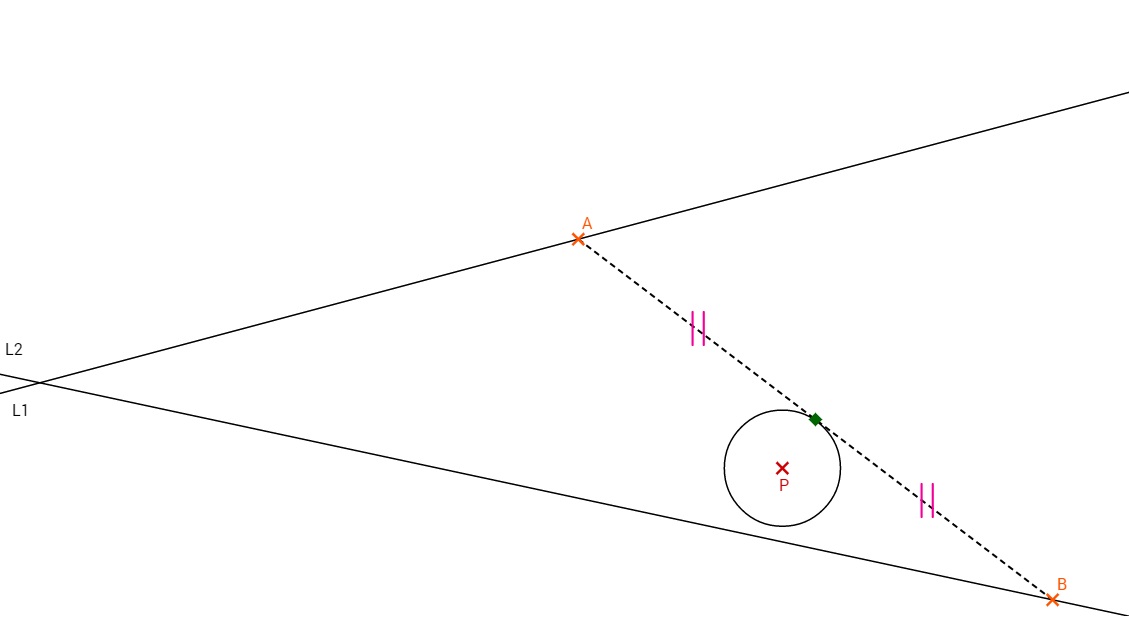 Both these seemingly harmless problems (P1 has been studied by Leonardo Da Vinci) cannot be solved by straightedge and compass alone, because they boils down to finding the roots of a cubic polynomial (P2 is equivalent to the duplication of a cube). 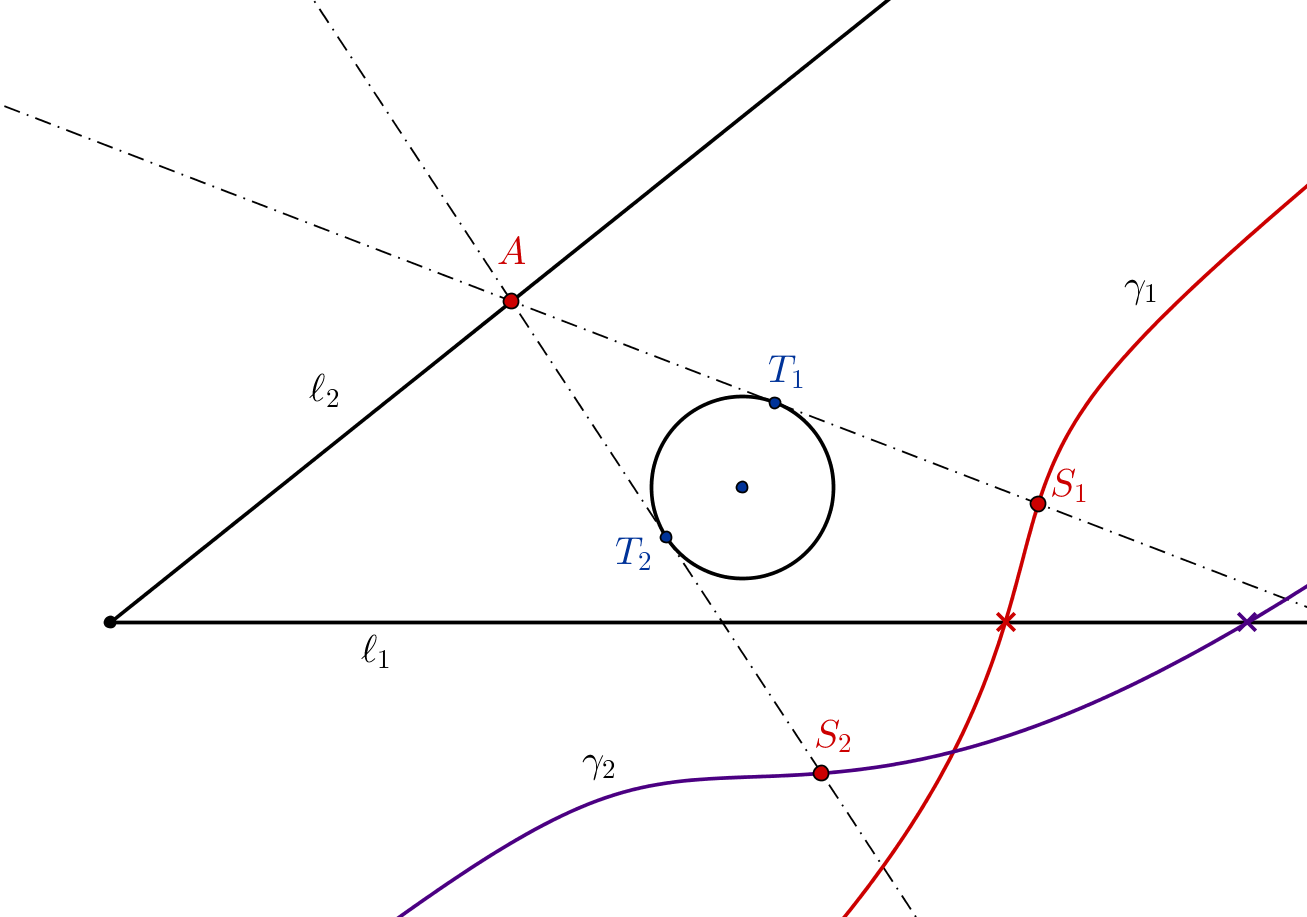 Let $AB$ just be tangent with circle, and their midpoint $M$ goes into a hyperbola which is tangent to the circle. Now we aim to find the tangent point. Not sure if possible (we have two equations but only one unknown value, so can just remove some unnecessary part)

Not the answer you're looking for? Browse other questions tagged geometry trigonometry circles geometric-construction or ask your own question.