Find the relative radial position of a point within an ellipsoid

I have parameters for a general arbitrary ellipsoid in a 3D cartesian coordinate system:

I would like to find the relative radial position of a 3D point with coordinates position within the ellipsoid (0 == center; 1 == periphery).

Currently, I am doing the following:

This seems to generally work, but I am observing some cases where this seems to produce incorrect radial positions, almost inverted. I wonder if I am getting into trouble by ignoring the ellipsoid axis vectors. How do I correctly perform this calculation in the general case? Thanks.

EDIT: The code above was inherited, and is purported to compute a point on the ellipsoid surface that lies on the line intersecting the ellipsoid center and the query point, and finally takes the ratio of the segments on either side of the query point as the radial position.

Here is a concrete example with numbers: 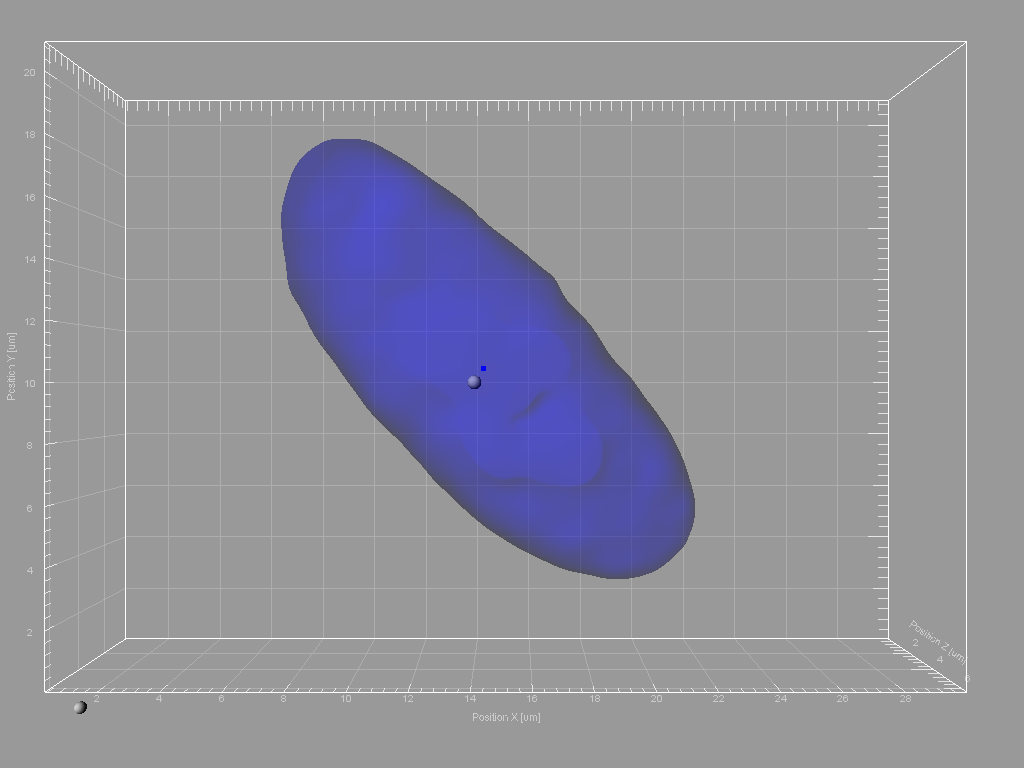 Not the answer you're looking for? Browse other questions tagged geometry 3d or ask your own question.

5
Distance of a test point from the center of an ellipsoid
1
Torus helix radius change equation
0
Calculate the distance from the centre to the edge of an ellipsoid
0
How to check a point is inside an ellipsoid with orientation?
2
Generating uniformly distributed points within rotated ellipsoid
3
Find correct 2D position of a point after rotation
0
Normalizing (scaling) an equation of an ellipsoid, what becomes of the $x,y,z$ terms?