The question is given in the following picture:

The question and its answer is given in the following picture:

I wonder why in the question the author used the word minimal and not minimum, could anyone explain this for me? 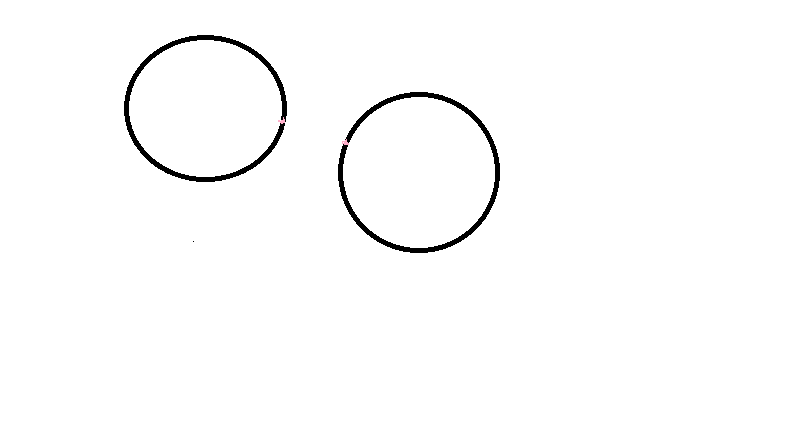 Could anyone clarify this for me?

Minimum and minimal are I'm sure intended to mean the same thing in this situation. As for your question 'why are they only considering the distance between $2$ specific points?':

More mathematically: Let $r_1$, $r_2$ be the lengths of the radii of the circles. Let $x,y$ be points - one on each circle. Let $u,v$ be the points in your picture (i.e the points of intersection of the circles and the straight line between centres). Then by what I described above for all $(x,y) \neq (u,v)$,

Hence the minimal distance is attained by the straight line distance between $u$ and $v$.