Imagine there is a Goose swimming counter-clockwise at the edge of a circular pond of radius $R$, and a dog (starting at the center of the pond) is paddling to catch it such that the dog is always pointing towards the goose. If the goose is travelling at speed $u$, what is the minimum speed that the dog must travel in order to eventually catch the goose? What is the minimum speed needed for the dog to catch the goose in time $\tau$?

I've seen pursuit problems like this in my Dynamical Systems textbook (indeed, this is very similar to one) and I've never had any luck solving them. I've found some solutions online to certain problems, but they tend to explain it very poorly in my opinion (for the record, all solutions I've seen to circular pursuit problems involve introducing alternate coordinate systems)

Generally, $\lambda = \lambda(t)$, which makes this much more difficult, but we are able to get two differential equations out of it:

Which is a first-order linear ODE, but I don't even know if the integrating factor $exp(\int \frac1{\lambda(t)} dt)$ exists, let alone how to find $\lambda(t) $

I believe the minimum would occur when

As mentioned, I'm not sure how I'd find $\lambda $ if it's even worthwhile to introduce to the problem (I originally debated trying Lagrange multipliers or two-timing for this part, but am unsure how if it's possible).

I am open to seeing alternative methods as well as seeing if there's any way to actually use my thought process.

I am also aware that pursuit problems often lack a closed solution, but I thought I'd try my hand it nonetheless.

We can get a simpler understanding of the problem if we look at dog's path in a frame which is rotating counterclockwise with angular velocity $\omega=u/R$ around the circle center. In such a frame the goose is sitting still at $G=(R,0)$, while the velocity of dog $D$ is made up of two contribution: $\vec{v_1}$, directed along $DG$ and of fixed magnitude $v$, and $\vec{v_2}$, due to the frame rotation, perpendicular to line $OD$ and of magnitude $\omega d$, where $d=OD$ is the distance of the dog from the center. 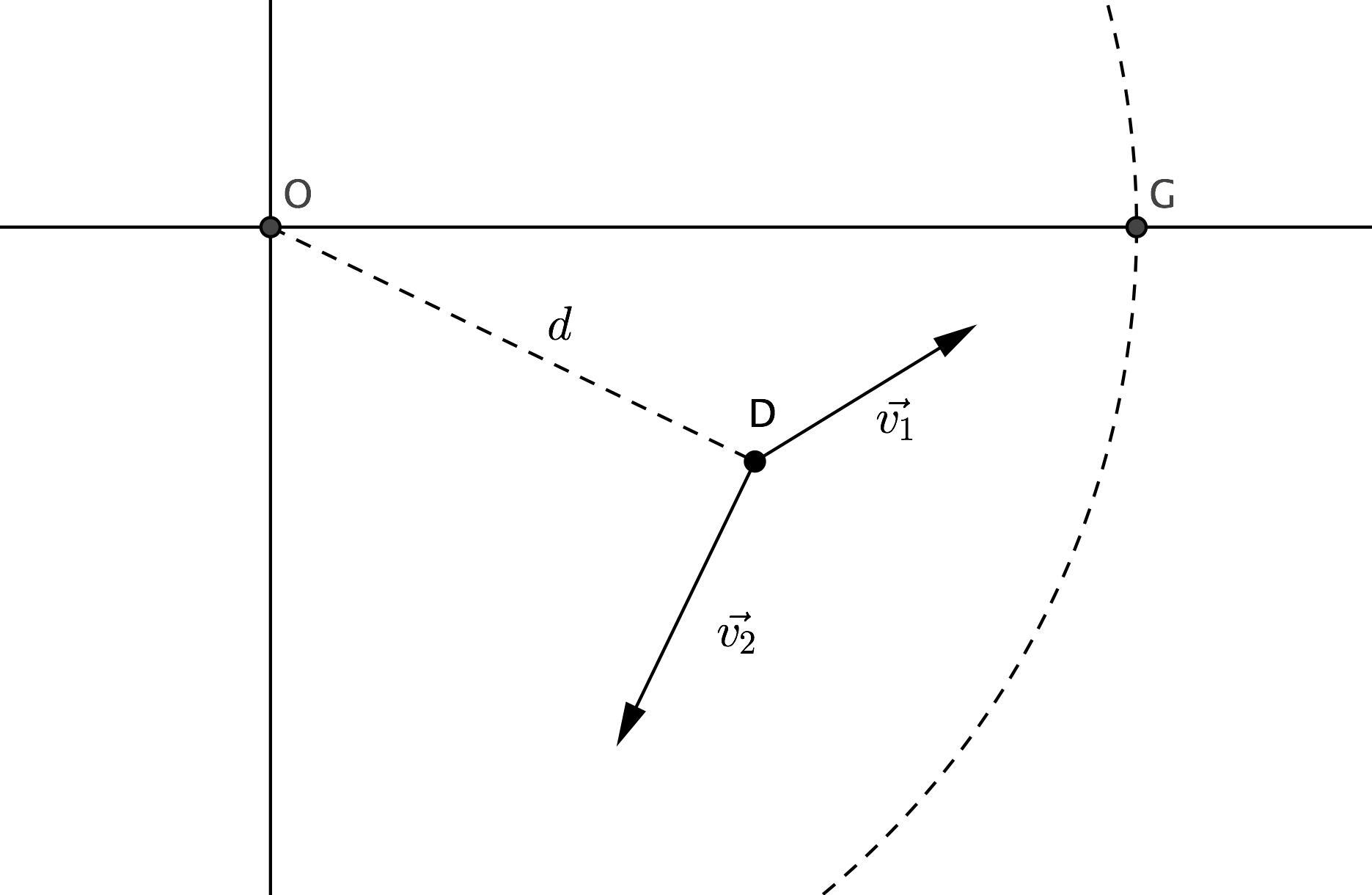 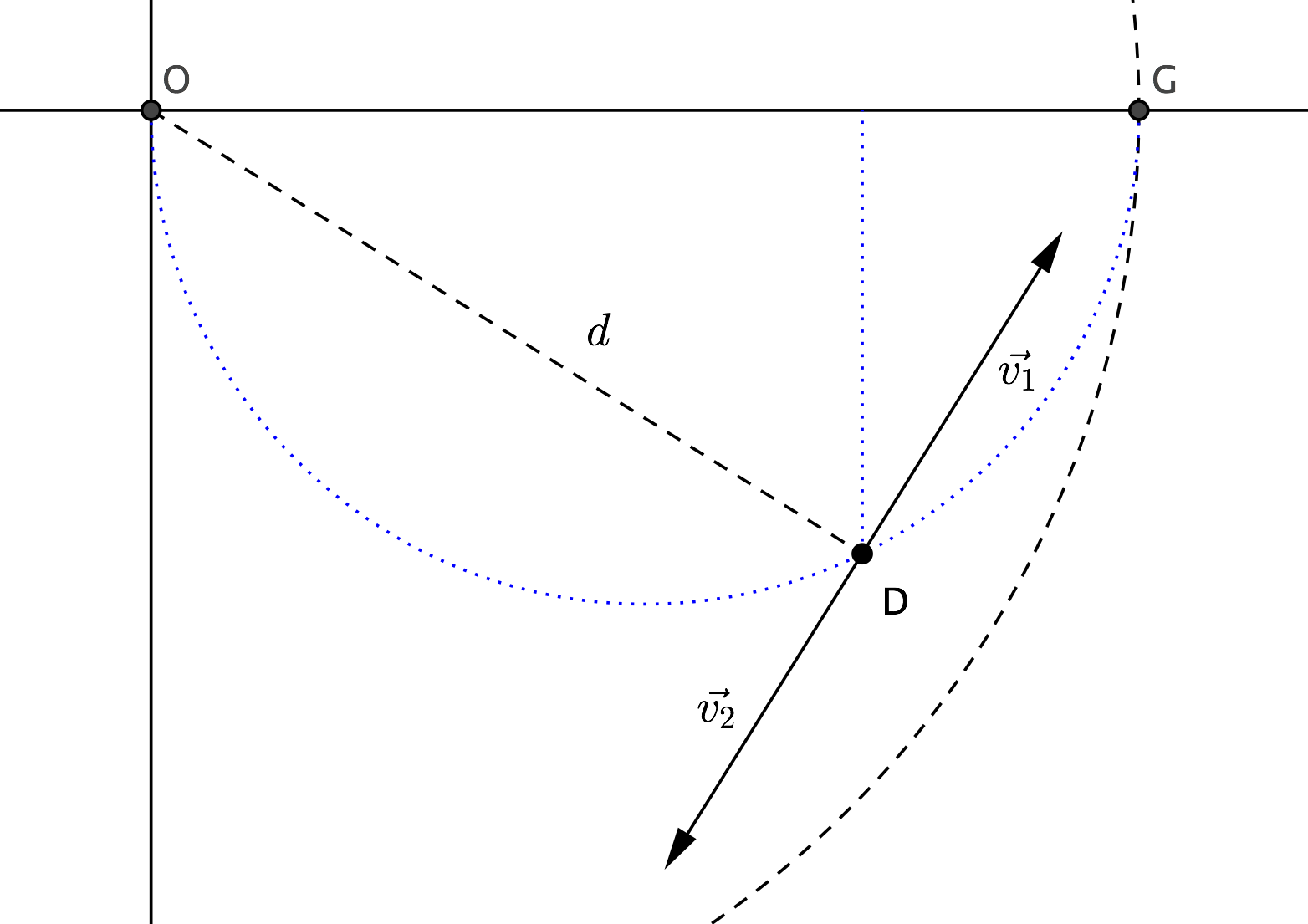 I tried to get an exact solution of the above differential equations with Mathematica, but to no avail. But they can be solved numerically: I plotted the resulting dog's path for ten values of $v/\omega$, from $0.1$ to $1$ (picture below). In any case the path reaches asymptotically the corresponding halting point. For small values of $v/\omega$, this occurs after a long spiralling around it. For values near to $1$ there is no spiral. 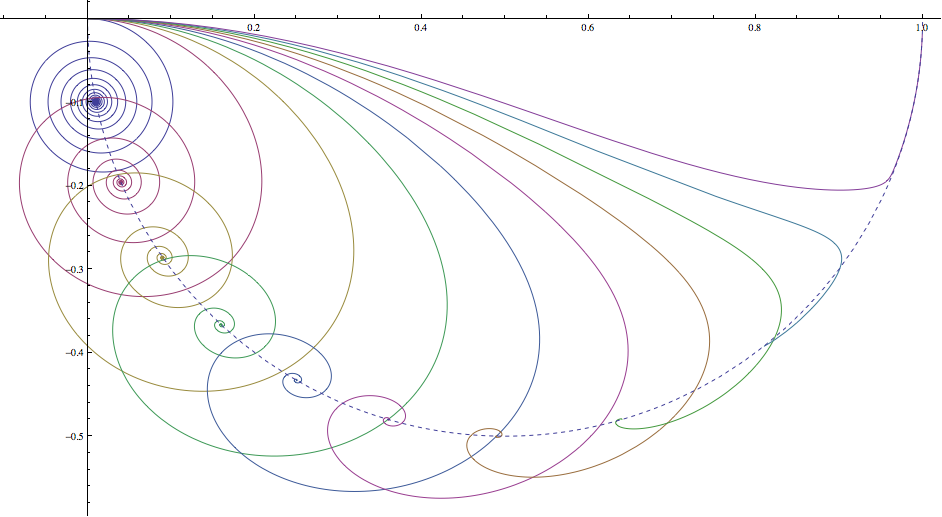 Not the answer you're looking for? Browse other questions tagged ordinary-differential-equations proof-verification alternative-proof or ask your own question.

8
Why is the derivative important?