Can you please help? (Also in general how do you compute the dimension?)

I feel like this may be a bit roundabout, but I think it works.

I often find it helpful to try to visualize what's going on - here is the output from Mathematica. The two planes are the zero locus of $xz-z$, and the cone is the zero locus of $x^2-yz$ - their intersection is, as expected, the $y$-axis and a hyperbola which lies on the plane $x=1$. 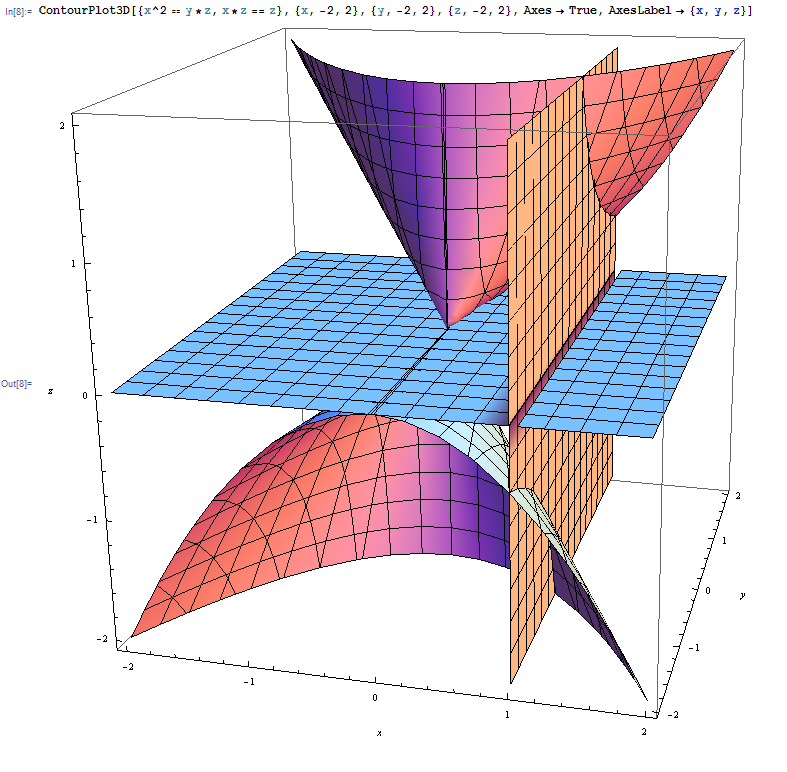 Not the answer you're looking for? Browse other questions tagged algebraic-geometry or ask your own question.