Why does the coefficient value of the binary polynomial x ^ n-1 appear other than –1,1?

As the value of n increases, the coefficients of the arguments start to appear as well as 2, 3, 4, 5, ..., and so on. The following figure shows the table of the formulas and the number of times the coefficients appear first, from n = 1 to n = 10000. 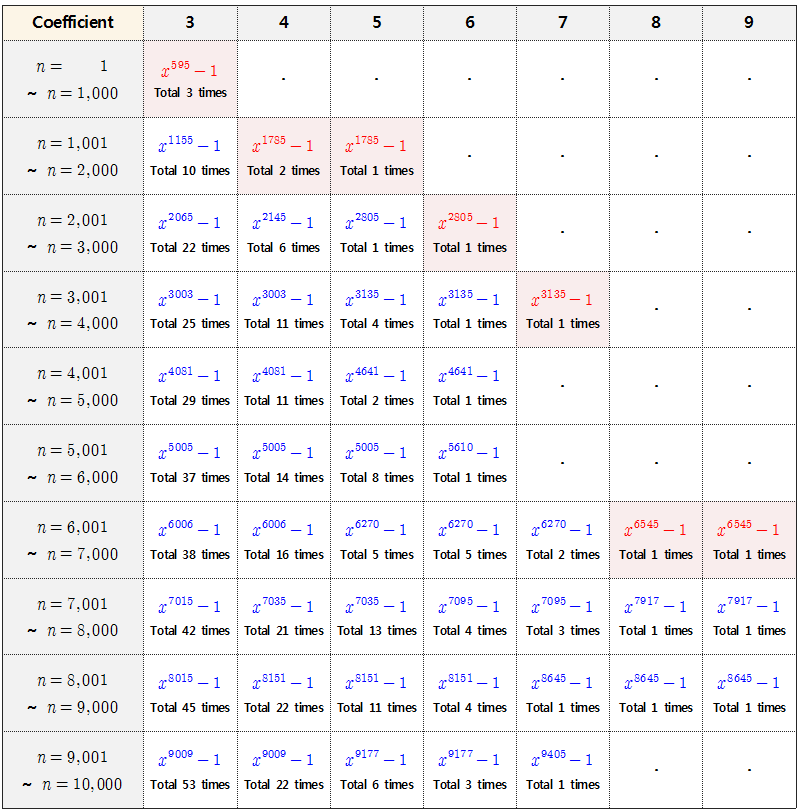 I wonder if this phenomenon is known to the cause and the rules. Is there a mathematical reason for the n value where other coefficients than 1, -1 appear? Or is it an irregular phenomenon? Thank you for letting me know about the research article, site or contents.

Not the answer you're looking for? Browse other questions tagged factoring or ask your own question.