Find the locus of centres of circles

But I dont have any results

Here we use the definition of an ellipse as a locus of points based on the director circle, which states the following:

Compare this with information provided in the question.

Hence, by definition of the ellipse based on the director circle described above, the locus of $P$ is an ellipse with foci $F_1, F_2$ and semi-major axis $a=5$. 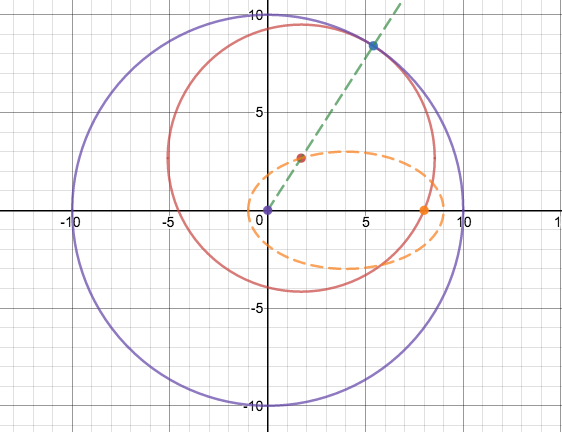 Not the answer you're looking for? Browse other questions tagged geometry analytic-geometry circles conic-sections or ask your own question.

4
Analytic Geometry (high school): Why is the sum of the distances from any point of the ellipse to the two foci the major axis?