I have a 32-bit fixed-width decimal number between 0 and 1.0 (actually its guaranteed to be between 0.001 and 0.02, so loss of range is acceptable in the approximation). The binary representation is defined as most-significant-bit representing 1/2, bit after that 1/4, and so on to 32 bits.

I must represent this number as a ratio of two 23-bit numbers (actually one of them is 23 and one is 18 bits but let's simplify for the sake of discussion). It does not matter what the 2 numbers are as long as each of them fits in 23 bits.

Is there a reasonably efficient algorithm that would allow me to do this without doing a brute force guess-and-check? Some form of "bit twiddling" trick would be ideal as this must be done on a fairly small microcontroller. Barring that, the next best thing would be integer arithmetic.

I understand that since I am repacking 32 bits of information into a total 46 bits of information, theoretically it is possible. A brute force solution of guessing and checking until some pair of number works is pretty trivial. What I am looking for is some more efficient algorithm or at least a way of figuring out a good starting point for guess-and-check. Ideally, there would be a defined time bound for the execution of this algorithm.

The situation described in this question is pretty specific because it's based on a real world scenario. However, please feel free to generalize, even if your generalization makes the answer not fit the specific situation I describe.

The point of this question is to get some ideas about where to start and hopefully leave something that is applicable in more situations. Computing a "close enough" fractional approximation of a decimal is a pretty general problem, but one I have not seen addressed specifically in the context of computers and binary representation.

I will give a quick example of finding the continued fraction for $\pi$.

This means that as long as you can get a denominator greater than $2^{16}=65536$, you’re guaranteed to get a result within the bounds you gave above. 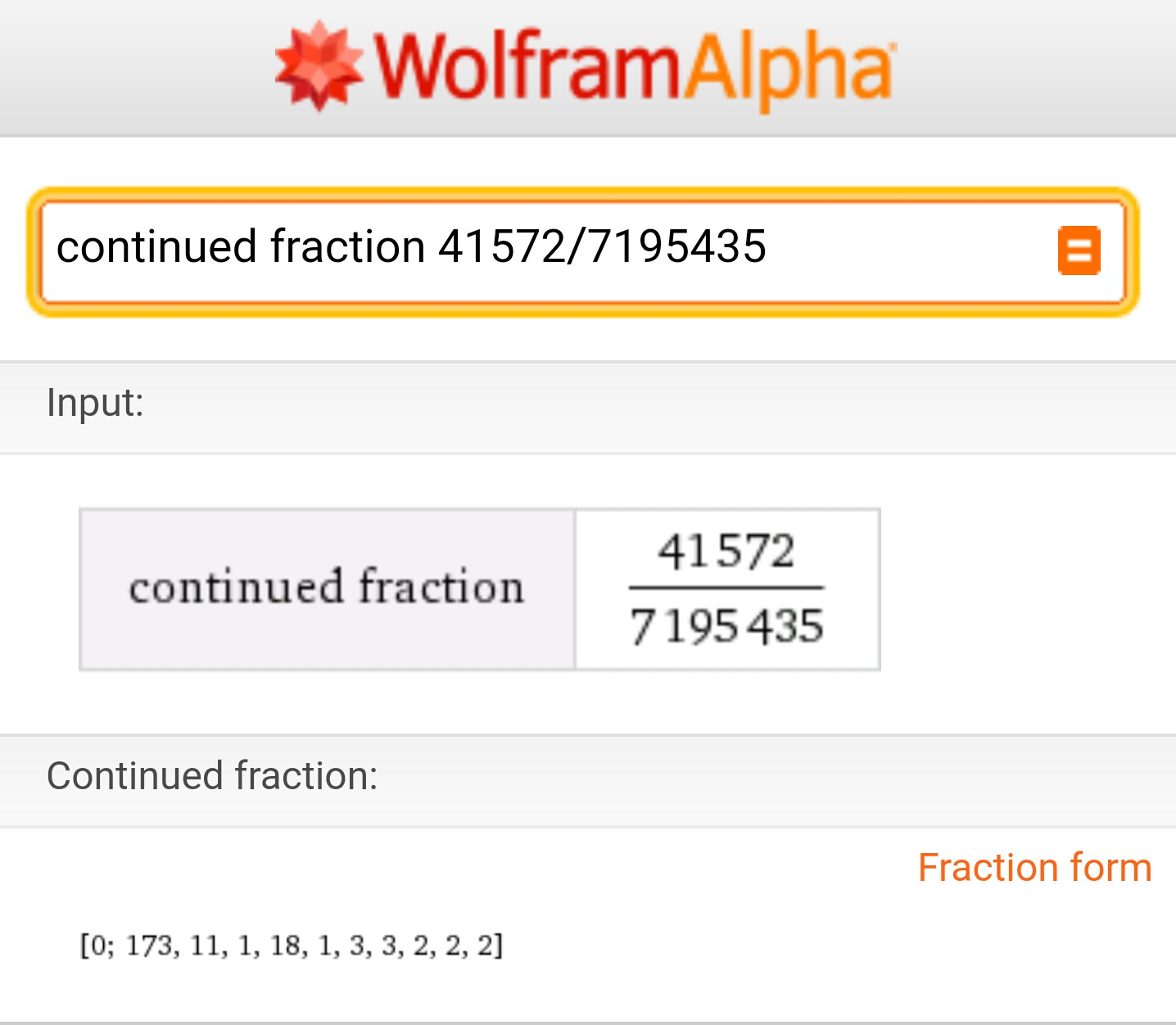 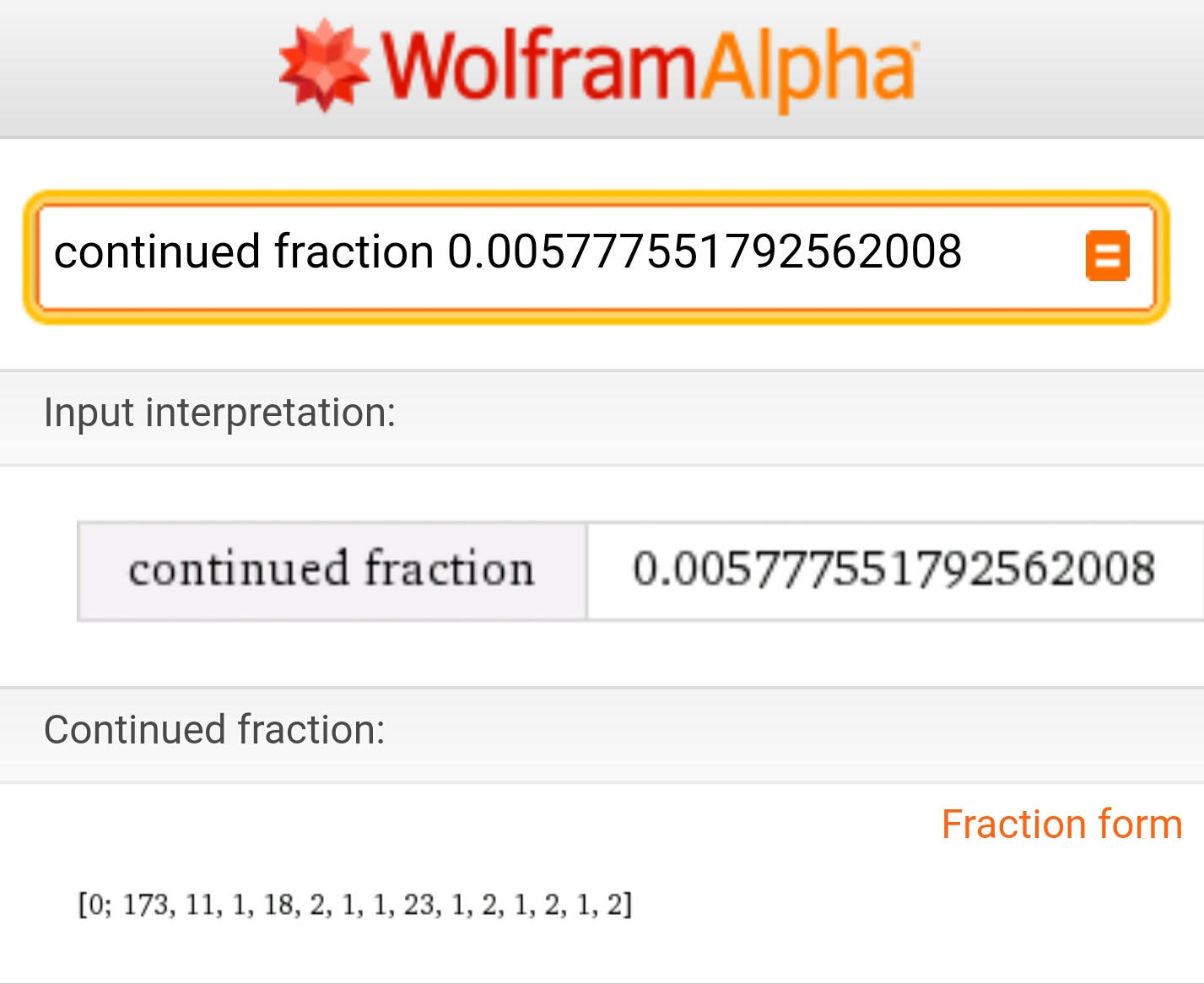 Not the answer you're looking for? Browse other questions tagged number-theory fractions computational-mathematics or ask your own question.