why does an infinite cyclic group need to be infinite on both sides?

The idea is that the integers are a cyclic group that is infinite on both sides, if they weren't then the group would not be a permutation so it would not even be a group.

I hope this picture makes it a bit clearer, here the group is infinite to the right, I'm trying to abstract the symbols but this is supposed to be a cyclic group, the only way to get $C$, for example, is to compose $A *A*A$ or $A^3$ . 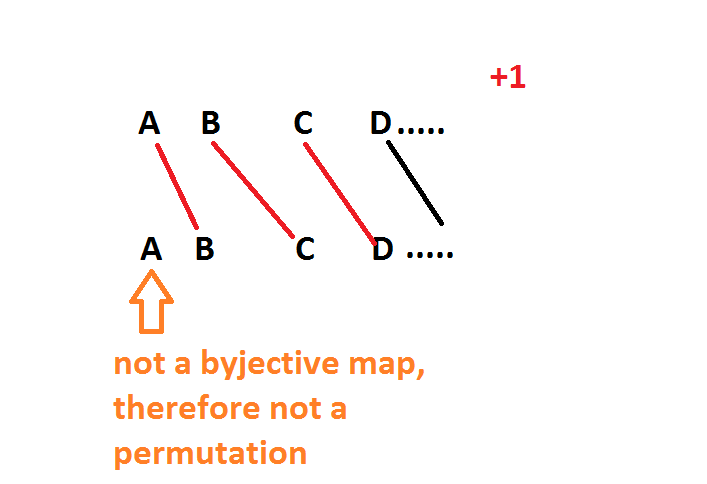 So my question is, why is this arraingment not even a group, what group axioms are being broken?

Please let me know if any clarification is needed.

Say $a$ is a generator of an infinite cyclic group,

The existence of inverses fails.

It's exactly the situation between $\mathbb Z$, which is a groups, and $\mathbb N$, which is not.

Not the answer you're looking for? Browse other questions tagged group-theory permutations cyclic-groups or ask your own question.