Frictional forces and their directions

Recently I asked a question regarding frictional forces at math stack-exchange(because its basically part of maths syllabus) and I drew some conclusions.

1,2 are trivial and were implied on the math stack exchange link. However, I came up with rule 3 by observing the relative velocities of each object.

Let's say A is a wall and B is a ball that is in rough contact with A. From A perspective, B is falling down hence an upward friction force should be acting on B. From B's perspective, A is moving upwards, hence a downward force should act on A.

However the problem arises in the following question 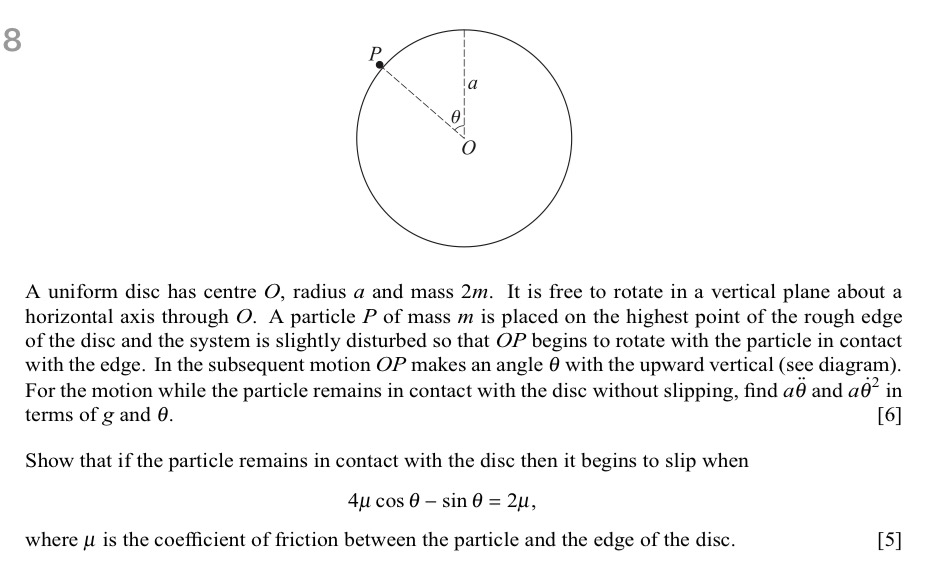 Can somebody please explain the fallacies in the proposed rule 3? If there does exist a fallacy please explain some alternative that I can employ in working out the direction of frictional forces.

The link mentioned above is: Frictional forces

OK, #1 is not really incorrect as long as you realize that in some cases the force will be zero. #2 is improved by the edit, but really you should be looking at the force required to cause the motion (or lack of motion) observed, compared to what you would see if friction weren't present. That is the point that is made by https://physics.stackexchange.com/questions/94835/direction-of-force-of-friction/94837#94837. (But note that that answer really only deals with body on the incline, not with the inclined ramp itself, because we assume in that problem that the ramp is not going to move.)

Since the particle and its point of contact on the disk are moving in the same direction, the directions of the two frictional forces are opposite to each other, as they must be.

0
Mechanics Question
2
Applying linear algebra to solve a problem in mechanical equilibrium
0
Frictional coefficient and tension force for a girder on a rough floor supported by a cable.
1
Three equal rough cylinders on a horizontal plane.
1
Mechanics - Friction
1
Frictional forces
1
What is the greatest possible angle between two ladders freely joint at the top and on rough horizontal ground?