Sufficient condition for quadrilateral to be cyclic

It's straightforward to show that if quadrilateral $ABCD$ has its vertices lying on a common circle, then its opposite angles complement one another. 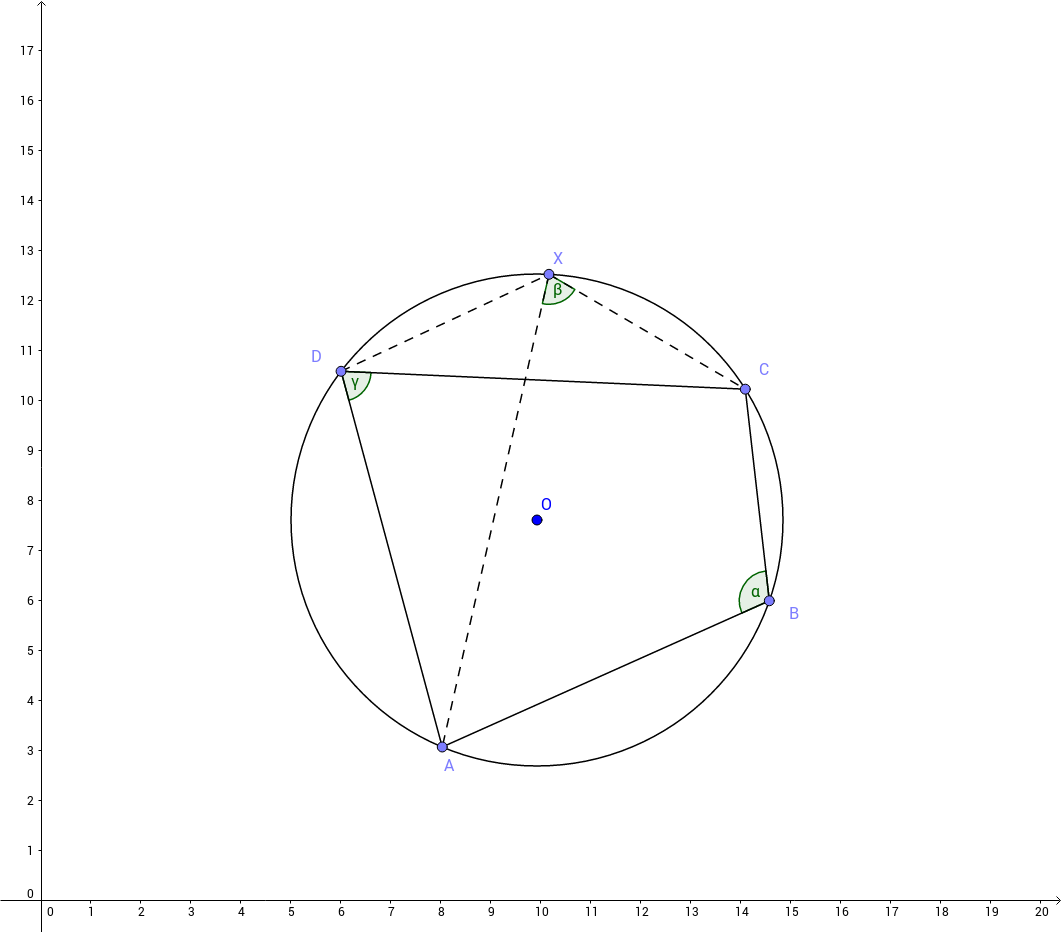 Is this condition sufficient for $ABCD$ to be cyclic?

If we draw a circumcircle to the $\Delta ABC$ and pick a point $X$ on the arc $AC$ such that $AXCB$ is a quadrilateral whose sides do not intersect, then by necessary condition, we immediately have $\beta = \pi-\alpha$. We also know that $\gamma =\pi -\alpha$.

So, assume for a contradiction $D$ does not lie on the circumcircle, it's either outside or inside. 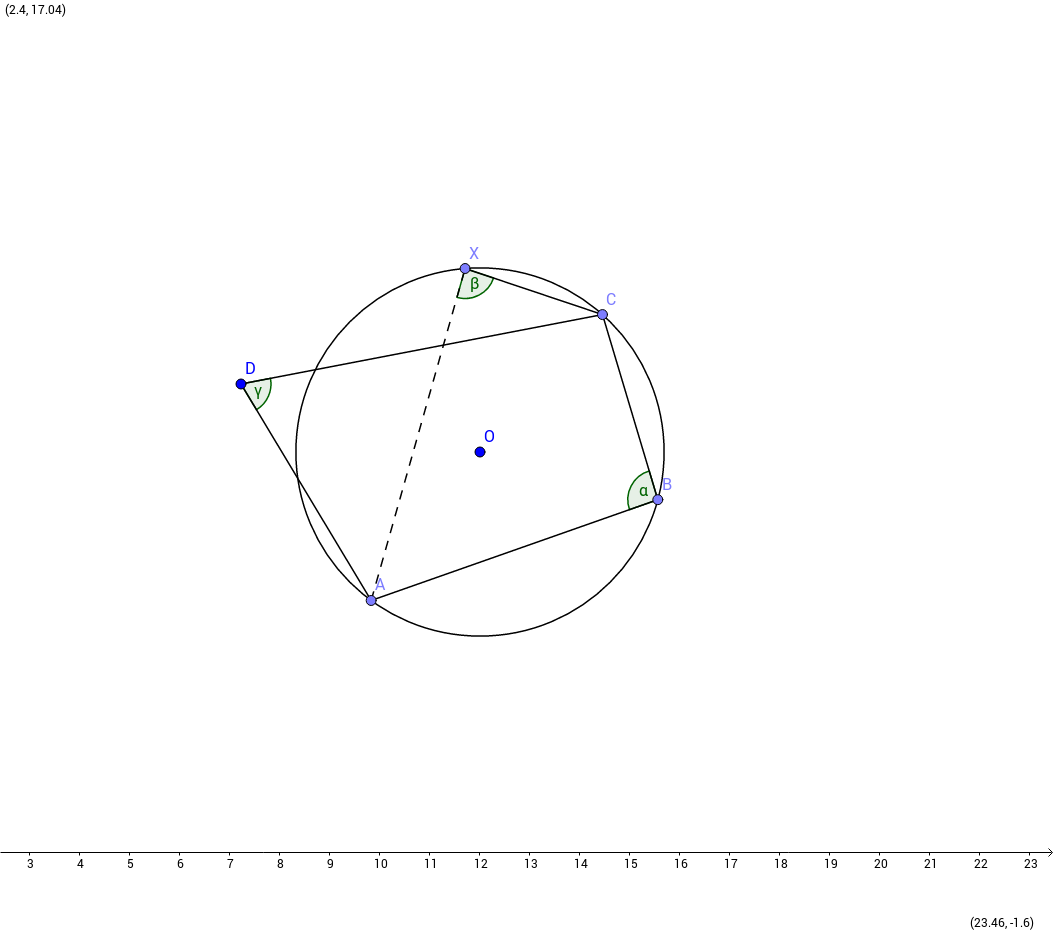 How does one make progress? I read everywhere that these conditions are equivalent, but haven't found a proof to the converse

Let $DC$ intersects our circle in the points $E$ and $C$.

By the same way we can get a contradiction if $D$ placed inside the circle.

By contradiction, suppose $D$ is not a point of the circle, for instance it's outside the circle. Connect $D$ with the centre $O$ and call $E$ the intersection of $OD$ with the circle. Quadrilateral $ABCE$ is inscribed in the circle therefore $\hat{E}$ is supplementary of $\hat{B}$. Now consider triangles $CED$ and $AED$. The external angles are $\alpha>\beta$ and $\gamma>\delta$ thus $\alpha +\gamma>\beta+\delta$ while $\alpha +\gamma=\hat{E}\cong \hat{D}=\beta+\delta$ being $\hat{D}\cong \hat{E}$ because they are supplementary of $\hat{B}$. Contradiction.

In a similar way we get a contradiction if $D$ is internal. Must be $\beta >\alpha$ while we have shown that $\alpha=\beta$. Again contradiction.

If $D$ is on a line tangent to the circle we have just a particular case of the first case, so there is nothing more to say. 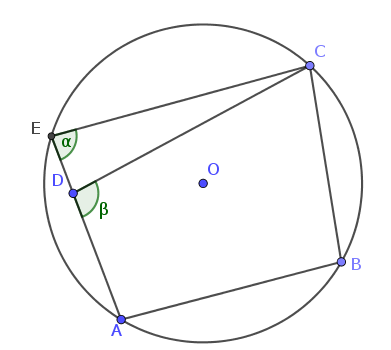 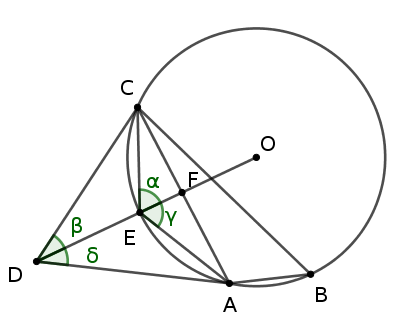 Not the answer you're looking for? Browse other questions tagged geometry euclidean-geometry circles plane-geometry quadrilateral or ask your own question.