A question similar to previous one with a slightly different condition. Consider $\Bbb R^n$. This previous proposition is shown not true by copper.hat

We say two convex sets are "distinct" if their intersection are only relative boundary points of $C_1$ and $C_2$. The problem is:

Attempt: By Christian Bueno's method, I recap the following until I got stuck.

is open relative to $C_1 \times C_2$. Here "open relative" is a concept from real analysis. I believe this concept should be consistent with the idea of "relative open" w.r.t. affine hull above. I have trouble to go from here to the desired result. 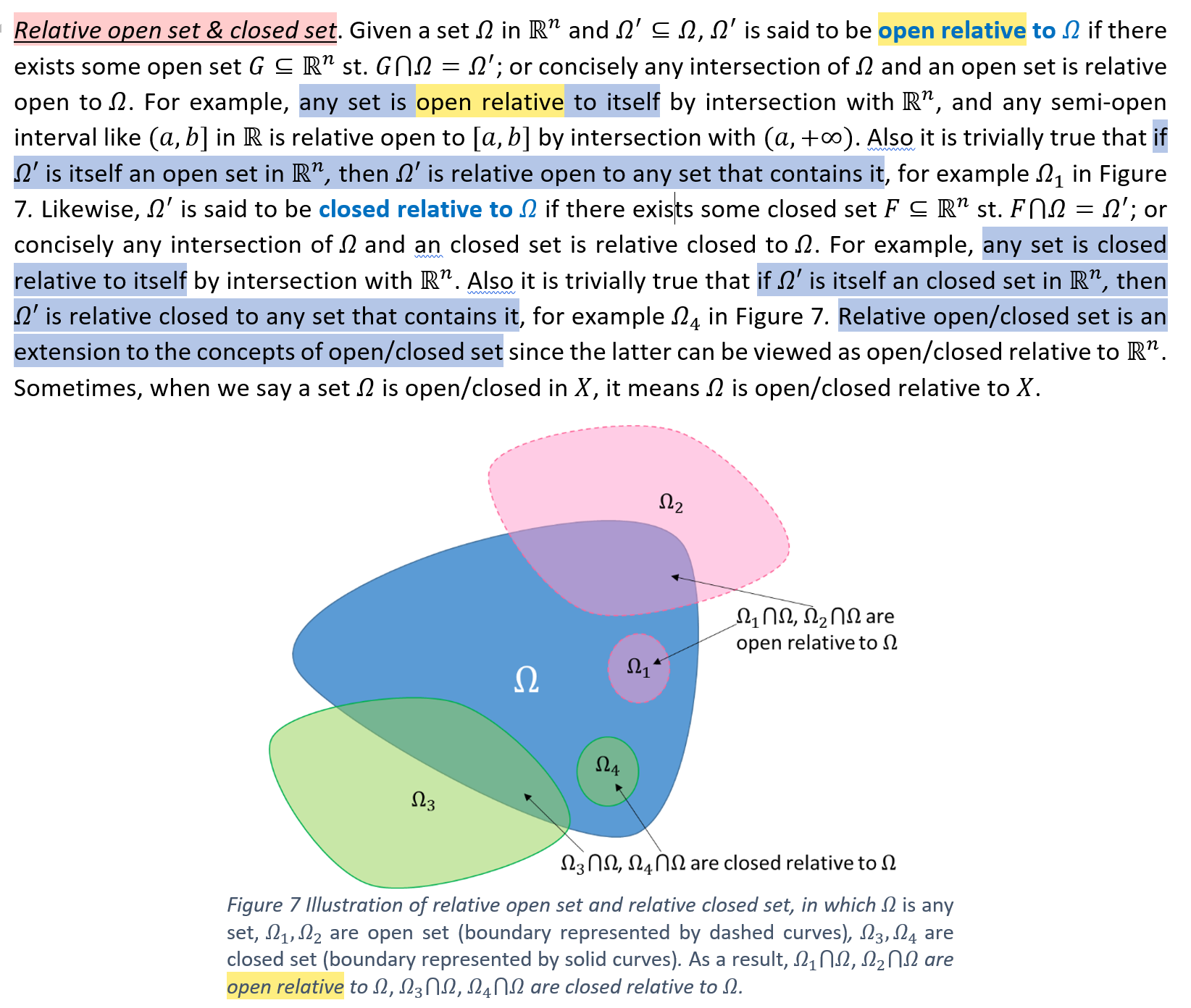 (see here for above identity)

Not the answer you're looking for? Browse other questions tagged convex-analysis convex-optimization or ask your own question.

2
Does the center of a convex region lie within that region?
2
Relative interior of Cartesian product
1
Prove zero vector is a boundary point of $C_2 - C_1$ of two “distinct” and non-disjoint convex sets $C_1$,$C_2$
0
How can we show that $f:aff S\to E^{k+1}$ is continuous?
3
Boyd and Vandenberghe, Example 2.2: Interior and Relative Interior Points.
2
Relative interior and limit points
0
Is the interior of a unit square empty?