Probability of winning a set in tennis with an exact scoreline

For example, if $s_1=6$ and $s_2=0$, then I would want to calculate the probability of player 1 winning the set 6:0. Now this example is rather straightforward to calculate as it is simply $g_1^3*(1-g_2)^3$, where $g_1$ and $g_2$ represent the respective probabilities of each player winning a game. However I am getting lost when considering set scores that have many more combinations of game sequences, e.g. $6:4$

Here's a recursive solution, implemented as a Maple program: 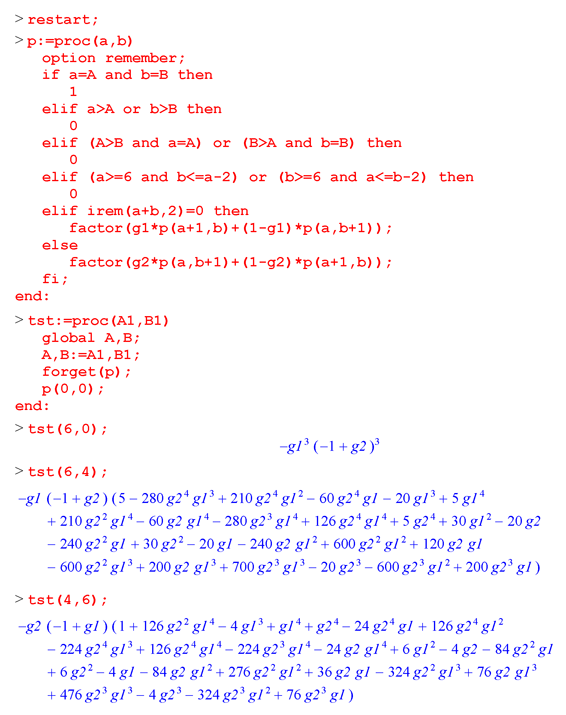 8
Probability of winning a game in tennis?