I cannot understand what professor means in this video at time 42:42. 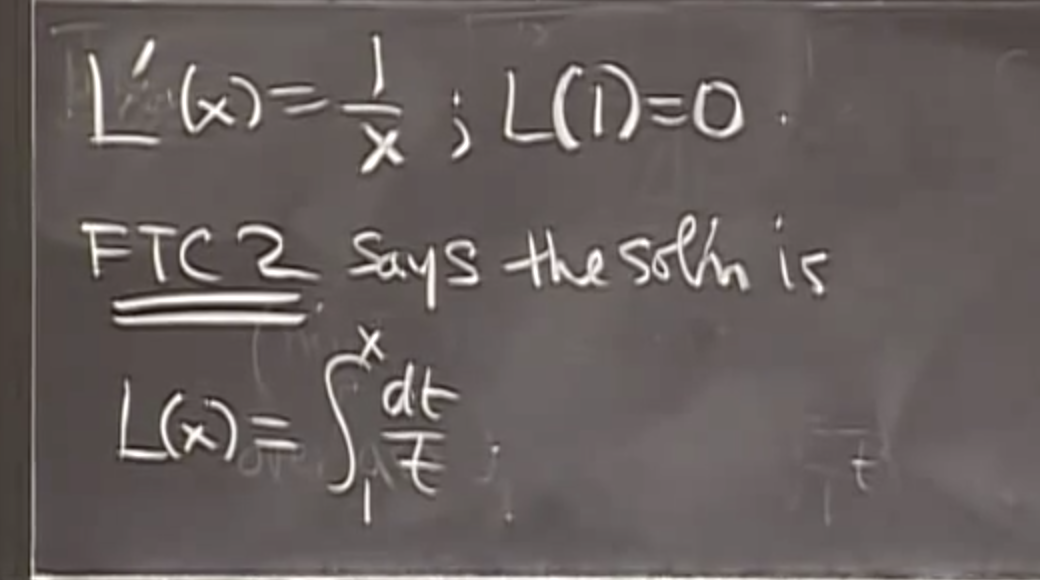 It is a bit confusing on how it's worded in the video. From FTC, we know that:

Here, he's saying that he's going to integrate $L'(x)$ because going from the derivative to the function itself is part of the fundamental theorem of calculus. Notice from above how when we take the integral of the derivative (I'm saying this very roughly), you get the original function (minus the starting point $f(a)$)

But I want to address your question about the area and stuff, because that's confusing at first. Think about a function $s(t)$ that describes position as a function of time. $s'(t)$ would then be your velocity. When you do, for example, $$\int_0^5s'(t)\ dt = s(b) -s(a)$$

What you're saying is if I add up an infinite amount of infinitely tiny velocity times time, you end up with the total change in position!