How to solve this problem:

Also, most people would use trigonometry, but is there a way to use derivative to solve this too? 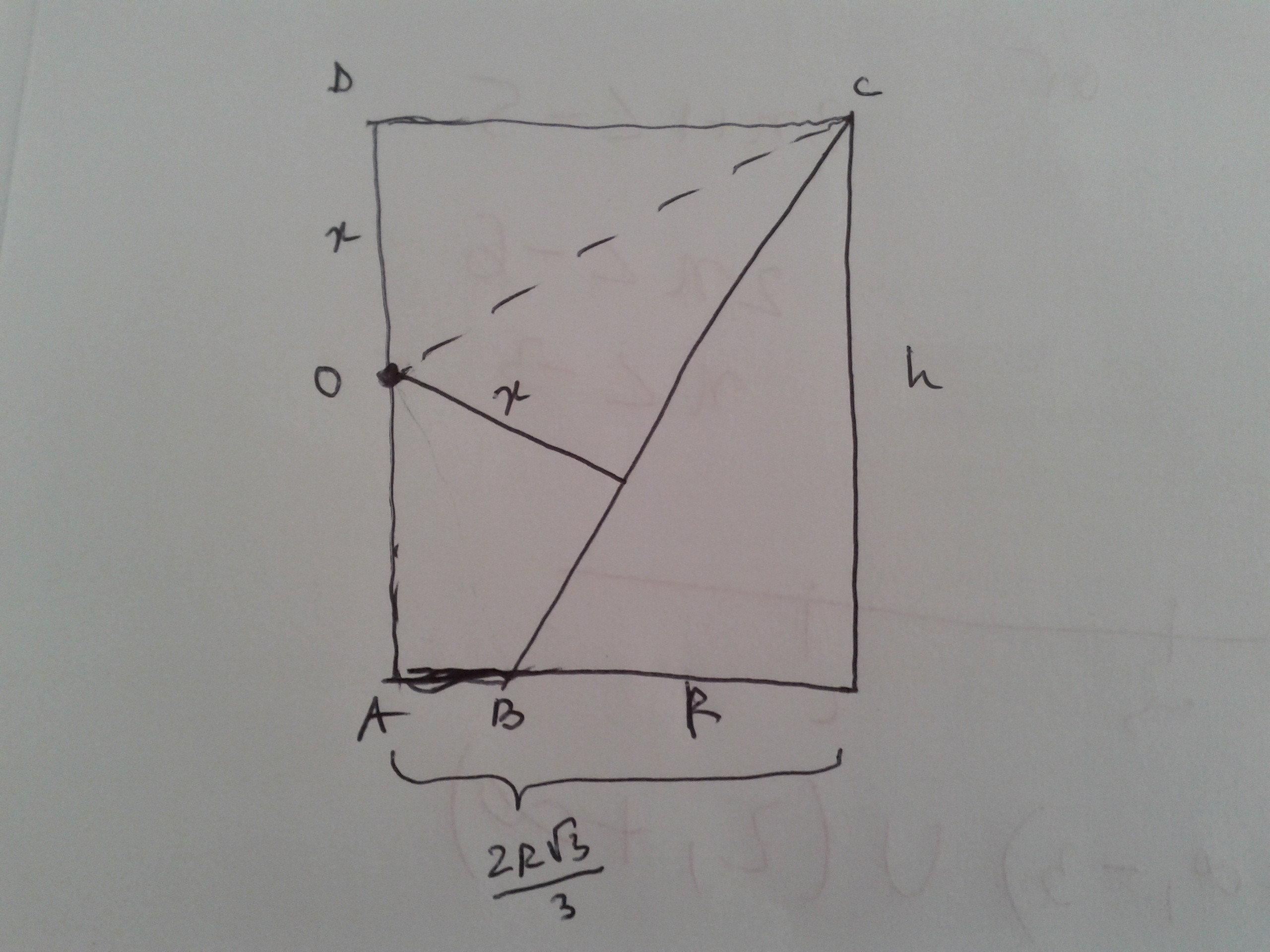 Above, $O$ is the centre of the sphere, $x$ is its radius. Writing the area of trapezoid $ABCD$ as a sum of three triangles, we can easily solve for $x$ to get:

No trig or calculus needed, only geometry.

Here is another solution appealing to the vector line equation for the cone edge, and the required distance r from the sphere center O to the cone edge.

Using the drawing above, which places one cone's base-center on the x-axis, and the sphere's center on the z-axis, and projecting the problem as a 2D problem on the x-z plane, the shortest line segment LS from the sphere center to the cone runs perpendicular to the cone edge. There are 2 constraints we can use to solve for r: The sphere center is at z coordinate 120-r, and the distance of the sphere-center [ 0, 120-r] from the cone edge is also equal to r.

In order to find the distance of a point from a line, I used the "orientation-location" vector line equation p • o = L to represent the cone edge, where p is any point [ x, y ] on the cone edge, o is the orientation of the line (unit vector pointing perpendicular to line), and L is the "location" of the line (signed distance of line from origin where o defines positive distance).

The signed proximity of a point p1 from a line is:

Signed proximity (should be -r based on direction or o):

Image of the work

Why don't take the radius and subtract from the height to to make a new triangle. With the new triangle, then use half of the angle of the gap between three or just the two triangles(cones). Solve for the opposite side of the the angle, which would be the radius of the sphere. An if the the opposite side is equal to the value you reduced the height by, then it confirms that it is the radius that fits the space, thereby making the perfect circle. I found that 22.6 is the angle. I use tangent to find the side and I was typically five numbers off. The approach seems to be perfect, but it's still off. 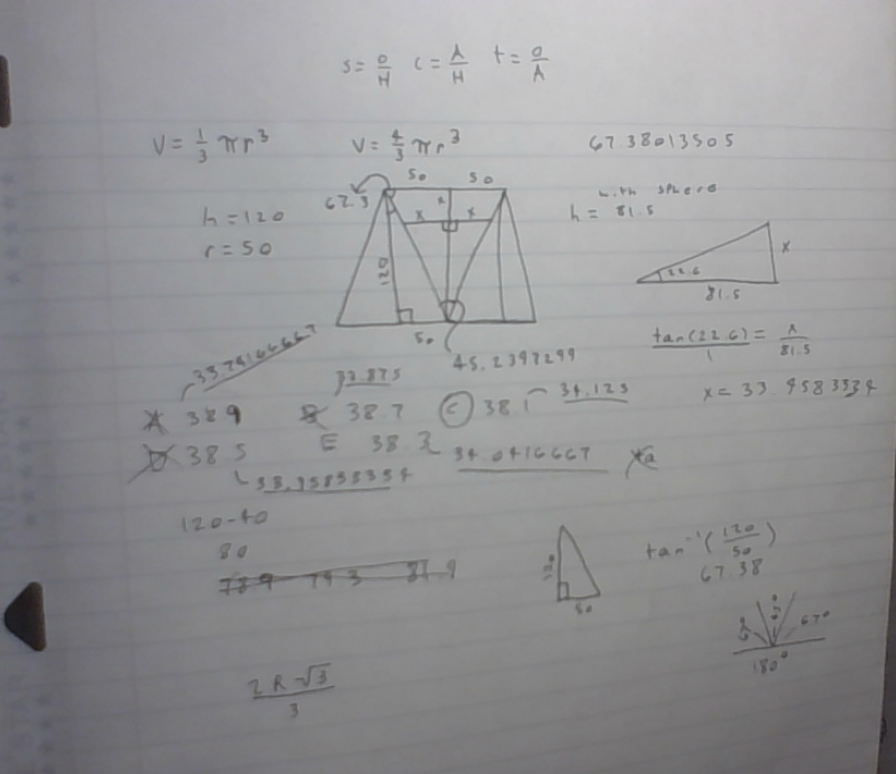 Not the answer you're looking for? Browse other questions tagged geometry trigonometry contest-math or ask your own question.