How many “non-Collatz-numbers” do exist?

Everybody knows or at least heard about Collatz or $3x+1$ conjecture.

Definition 1: Number $m \in \mathbb{N}$ is called $k-Collatz$ number if in its sequence leading to $1$ (including 1) following the Collatz rule there are less or equal $k$ odd numbers.

After doing some computations

Call the function $\text{OddHeight}(n)$ which counts the odd values in the Collatz-iteration of (odd) $n$ down to $1$. Then the simple picture of the first $20000$ odd $n$ on a logarithmic scale suggests very clearly, that you won't find any more cases where $\text{OddHeight}(n) \gt n$ 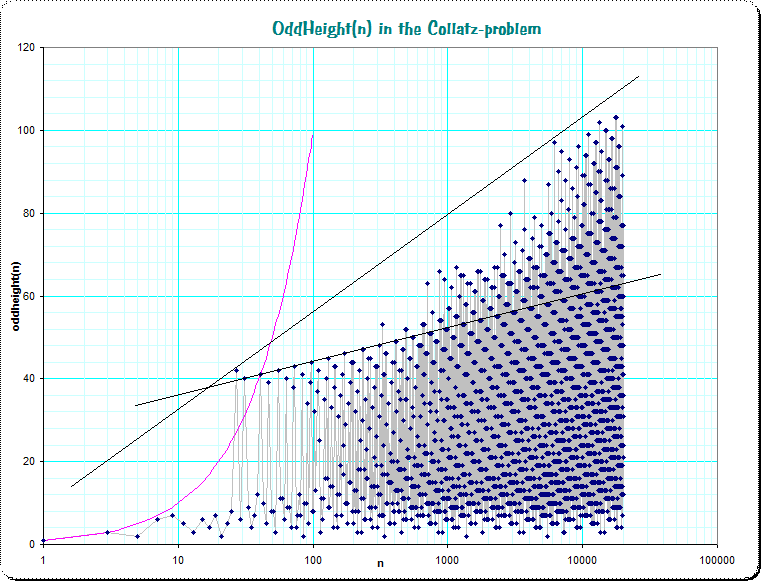 Not the answer you're looking for? Browse other questions tagged sequences-and-series collatz-conjecture or ask your own question.