I'm really not sure where to start. Induction can really be used, and that seems like the only way to prove for all $n$.

I will construct an explicit series of polygons satisfying the conditions. No induction needed. 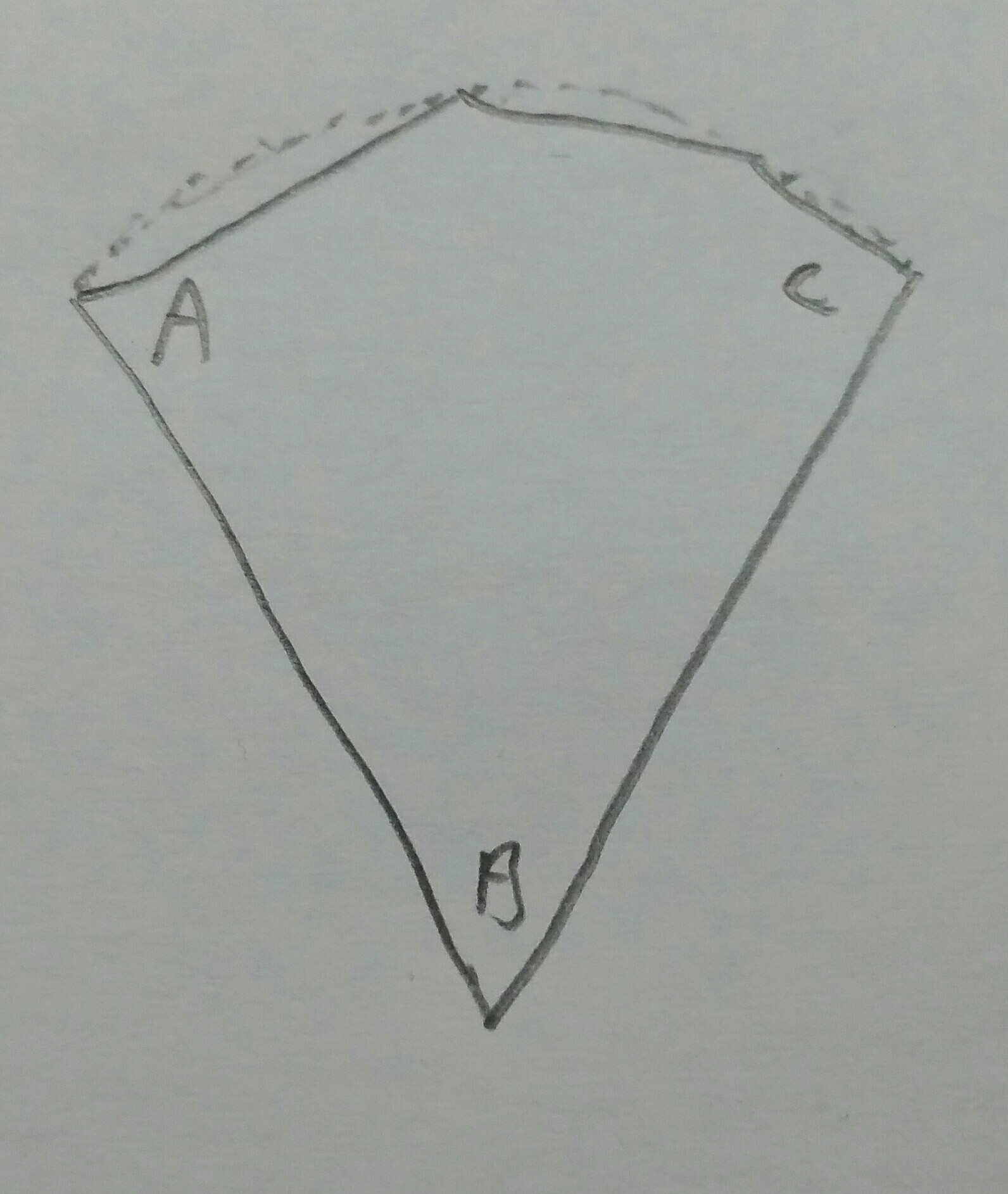 $\angle B$ is 60° by definition, while $\angle A$ and $\angle C$ are acute because they are the angles between a chord and a radius. For each other vertex, its neighbours form a chord that lies inside the $AC$ chord, so its angle must be greater than 120° and thus obtuse. All angles are less than 180°, so the polygon is convex and the proof is finished.

You might start with an equilateral triangle, and put the other $n-3$ vertices on an arc of a circle joining two vertices of the triangle and centred on the third. 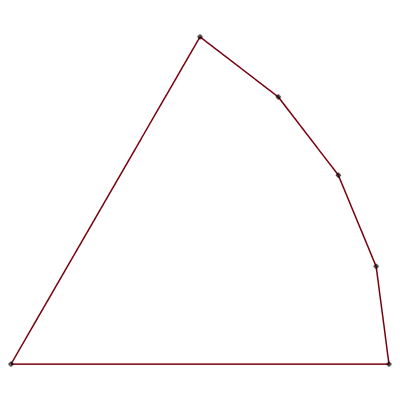 Not the answer you're looking for? Browse other questions tagged geometry angle or ask your own question.

5
Prove that a pentagon with congruent angles and rational sides is regular.
0
Prove that every internal angles of a convex polygon is less than $ 180 $ degrees
0
Without using angle measure, how do I prove that vertical angles are congruent?
1
If I have an $n$-gon, for odd $n\geq5$ with all angles equal to the angles of the regular $n$-gon, is my $n$-gon necessarily regular?
2
Is there any guarantee that any given polygon will have more convex angles than concave angles?
4
Prove that a convex 3D polyhedron with all faces rectangular is a cuboid
0
Are there $5$ points in space such that, for $n\in\{1,2,3,\ldots,10\}$, some pair of them have distance $n$?
1
There are $n$ points in the plane, not all collinear. Prove that there exists a line passing through exactly $2$ points.