Finding the total number of roots of a graph

So I was given this graph: 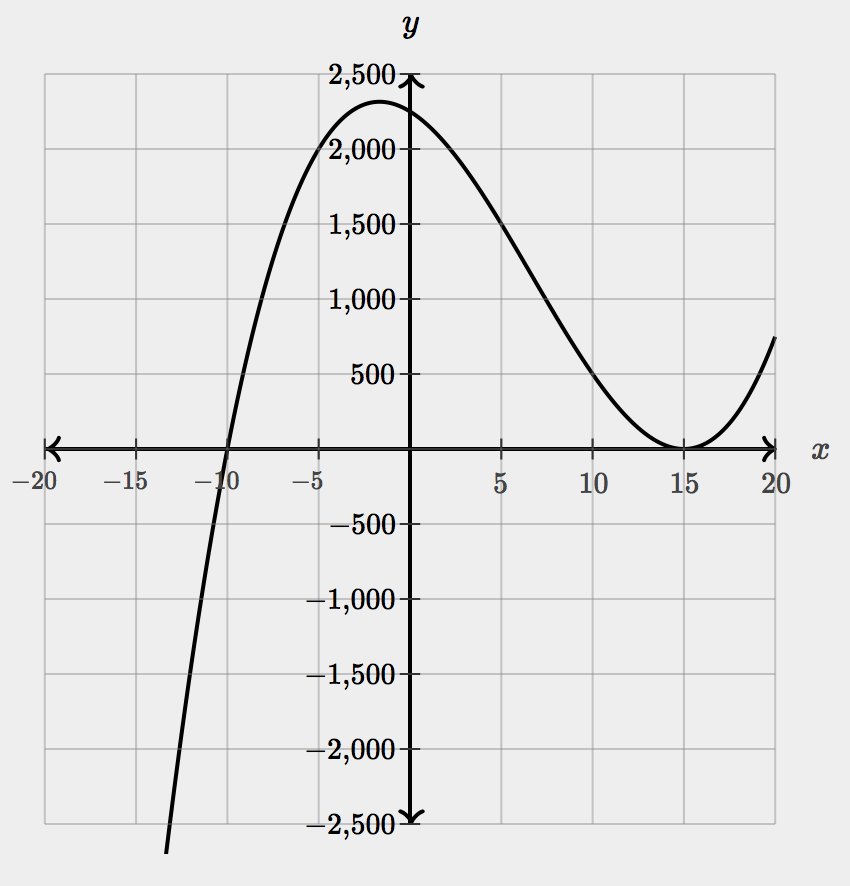 and I was told the function was defined as:

Then I was told to find n. So I assumed they meant the total number of real roots. So since from the graph I could tell there were 2 real roots, then it was impossible for it to be 2 reals roots and 1 non-real root. So the answer must be 3 real roots. It was correct, but their explanation was:

The graph crosses the x‑axis at −10, so f must have a positive odd number of factors corresponding to that x‑intercept

The graph crosses the x‑axis at 15, so f must have a positive even number of factors corresponding to that x‑intercept

There are no other x‑intercepts, so this accounts for all the factors. The total number of factors of f is, therefore, an odd number plus an even number, and must be at least 3.

The third root comes from the fact that one of the zeros is tangent to the x-axis, i.e. it is touching the x axis but not crossing through. Kind of odd, but let me try to explain why. 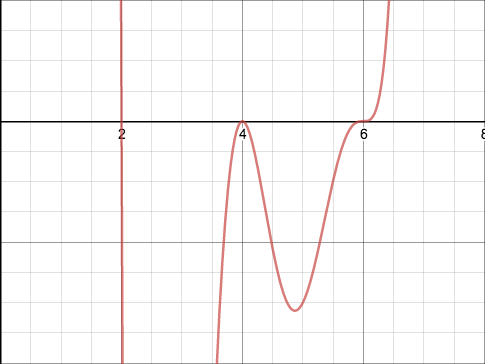 There is obviously an error in their explanation (or your quoting of it):

The graph crosses the x‑axis at 15,

is obviously not correct, the graph touches the $x$-axis (or it looks so) but doesn't cross it. Correcting that makes it more reasonable that the conclude different about the multiplicity of that root than they do about the root at $x=-10$, where they also writes that the graphs crosses the $x$-axis.

$x=15$ is (at least) a double root because here the graph touch the $x$ axis and also the first (at least) derivative of the function is null.

12
imaginary numbers - how can I understand them - especially as they occur in 'roots' of polynomials?
2
Finding transcendental roots to an algebraic equation
3
How many complex roots does this polynomial $x^3-x^2-x-\frac{5}{27}=0$ have?
0
proving no real roots exist
3
How to tell if a function has double real roots or complex roots?
1
Why these function graphs correspond to this derivative function graph?
0
Selecting an appropriate graph of cubic polynomial
2
understanding Multiplicity
0
Calculate the total number of sign changes
2
How many real roots does $f(x) = 2x^5 - 3x^4 + x^3 - 4x^2 - 6x + 4$ have?