Proving a Line to bisect a line in a Triangle 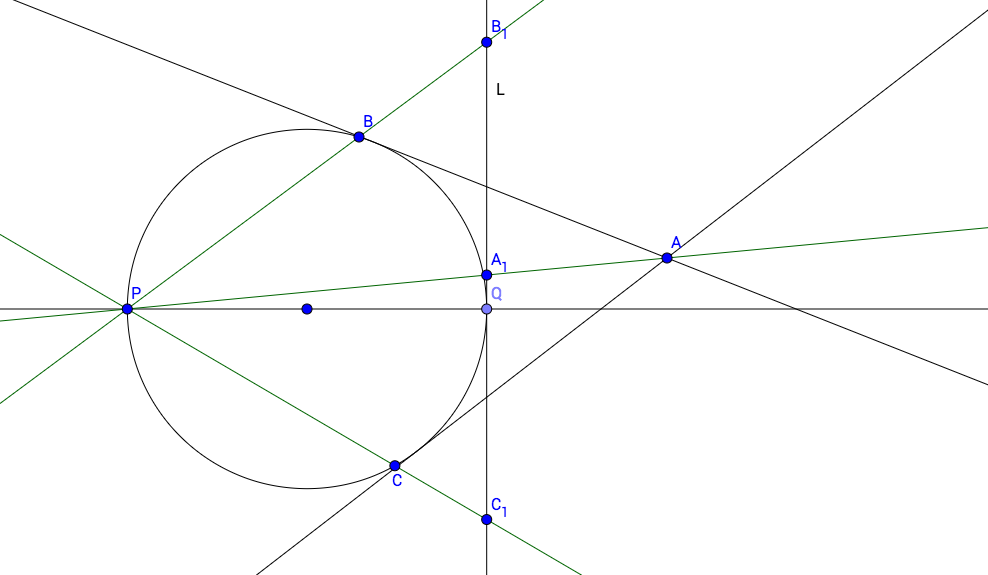 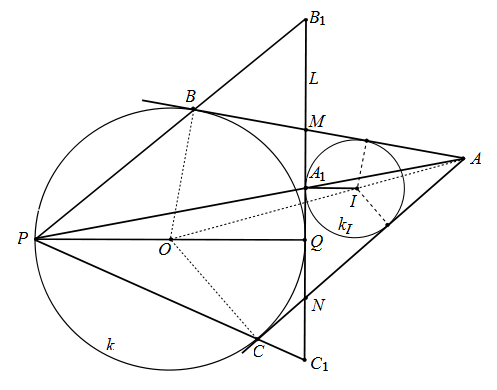 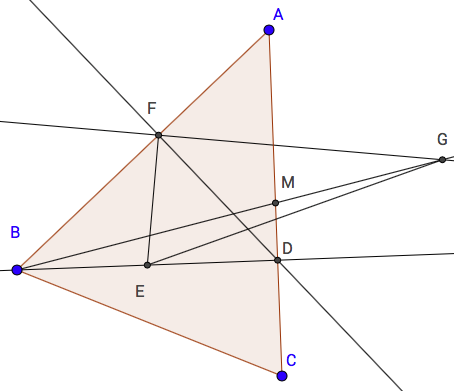 We do a change of variables to make it clearer, and draw a image to make it more understandable. (Note: the circle in the problem is the circumcircle of $\triangle BDF$, while the $FG$ line in my graph refers to the tangent line $BA$ in the problem.)

Therefore, $G_A=G_B=G$ is proved. Now we may return to our original problem, and see that $G$ corresponds to point $A$, while the points $(ABCDEFM)$ correspond to the points $(B_1PC_1QOBA_1)$ respectively, and hence $PA$ must bisect $B_1C_1$ as desired. 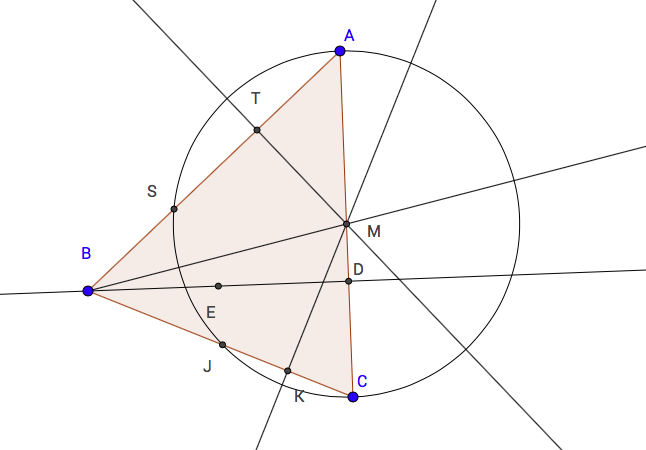 Not a complete solution yet, but this is the beginning of pure "bashing" with coordinates.

Now, it is straightforward to find the coordinate of point $A$ because it is the intersection of two tangents to the circle at $B$ and $C$. After this, find the equation of the line $l = PA$, then the coordinate of $A_1$ will be found by intersecting $l$ with the $x$ axis.

I will not have time to complete the remaining computations, but it is completely straightforward at this point. But our goal is to prove that $A_1 = (0,0)$; therefore, if the problem is true, then it the equation of the line $l$ must have been found in the form $y = cx, c\in\mathbb{R}.$

Remark: the calculation takes a full page ... Not esthetical, but pleasing at the end as all cancel off very nicely.

Not the answer you're looking for? Browse other questions tagged geometry euclidean-geometry circles or ask your own question.

2
Geometry problem on finding the diameter of a circle
5
prove that line bisect section
0
there concurrent lines, perpendicular to the sides of a triangle
15
Finding tangents to a circle with a straightedge
1
Prove that three points are collinear (Menelaus theorem?)
1
Exist a circle tangent to $(ABC)$, $(A_1B_1C_1)$ at two points $A, A_1$ respectively?
1
Prove that the line which connects a point and a circle center and two tangent lines are perpendicular