Find the radius of the third circle given three circles

I think "two circles touch internally" means they are tangent and one is inside another. You problem settings would look like the following picture. 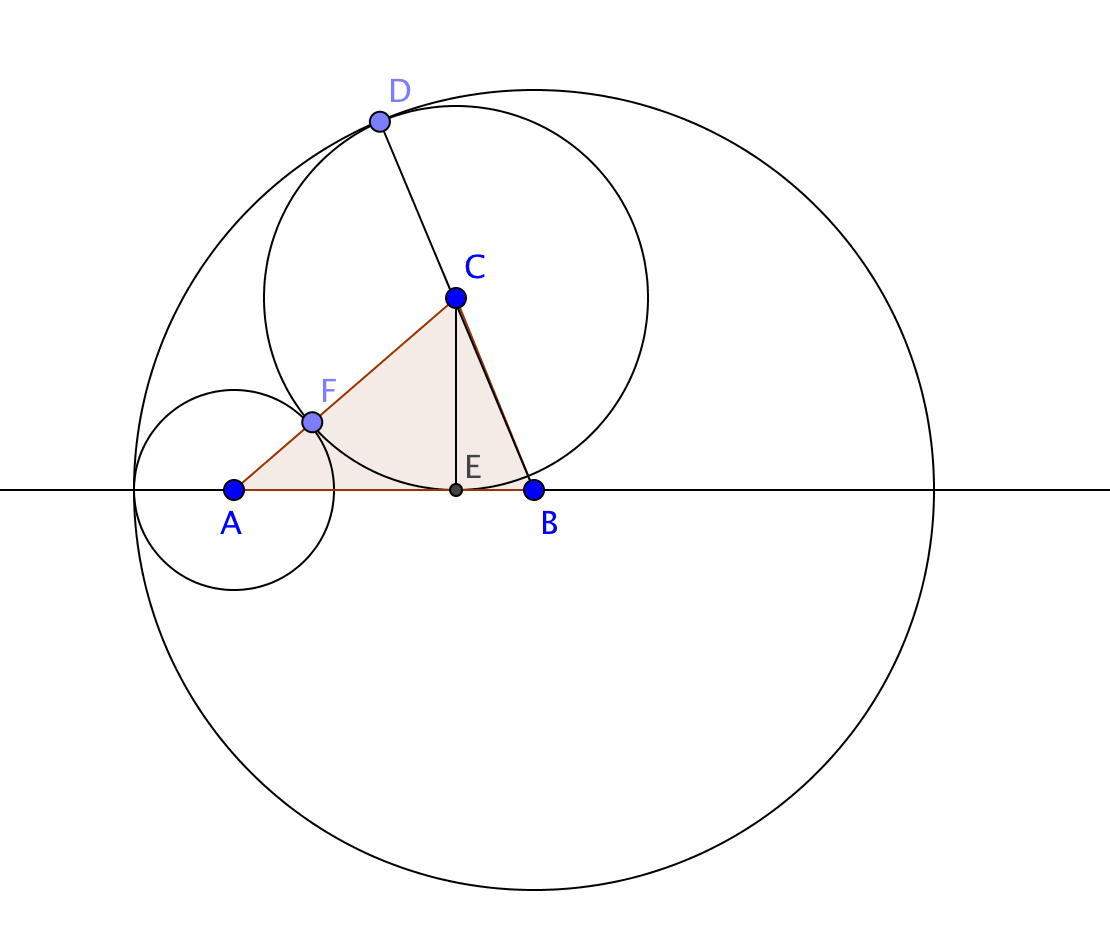 I assume the following interpretations:

Edit: And yes, I'd ask for more clarification for those expressions. Maths usually has quite rigorous definitions to avoid those kind of misinterpretations.

Not the answer you're looking for? Browse other questions tagged geometry trigonometry circles triangles or ask your own question.