Why do I get a saddle point and not a maximum?

Using the second order condition and the Hessian matrix I found that that point is a saddle point.

Since we have positive and negative eigenvalues, the matrix is indefinite, and this means that the point is a saddle point.

But according to Wolfram it is a maximum point. (for example for m=40 ).

So, why do I get a saddle point? 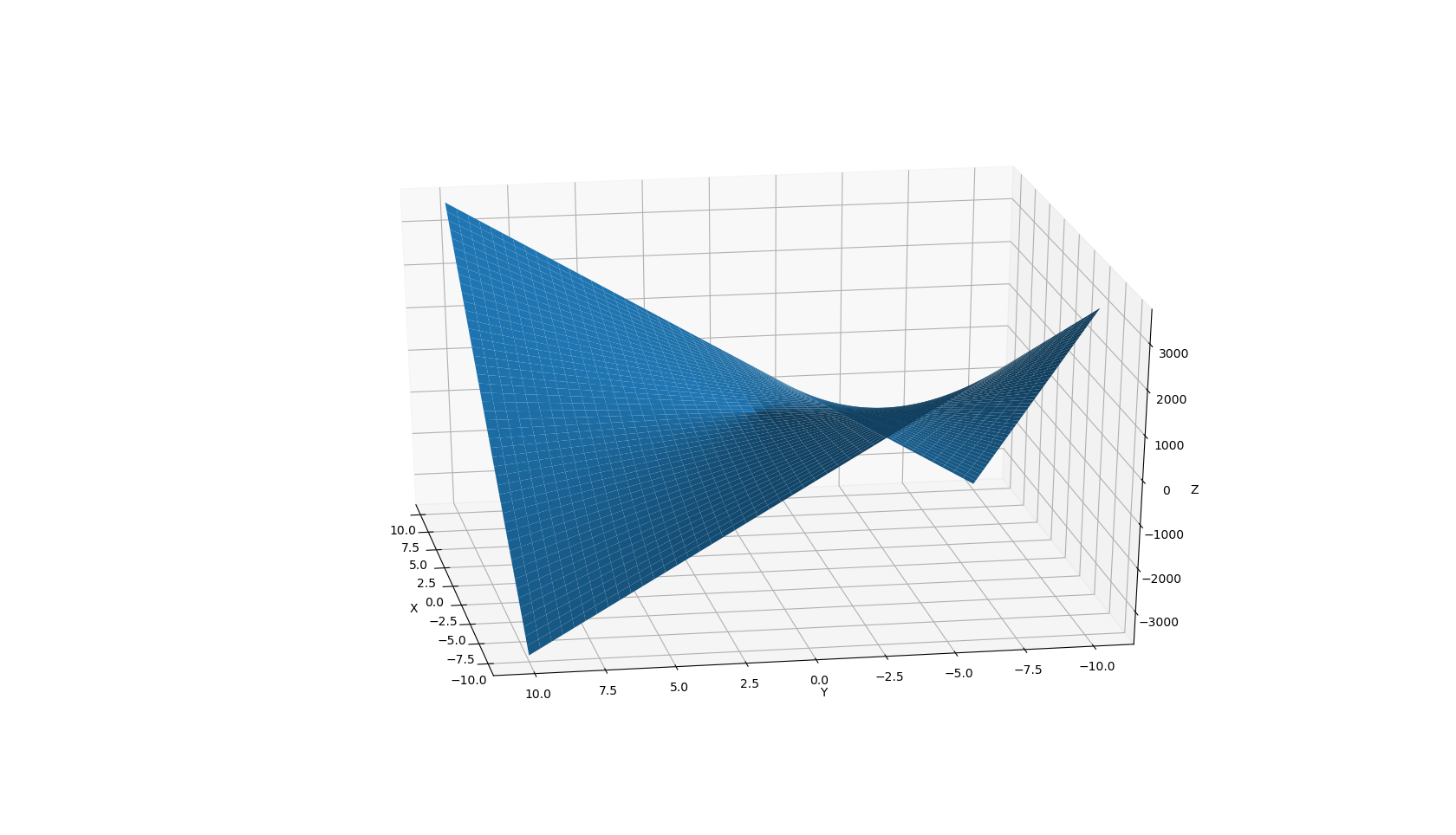 Let's plot $f(x, y)$ subject to that constraint for some arbitrarily chosen m.

Projected onto the constraint 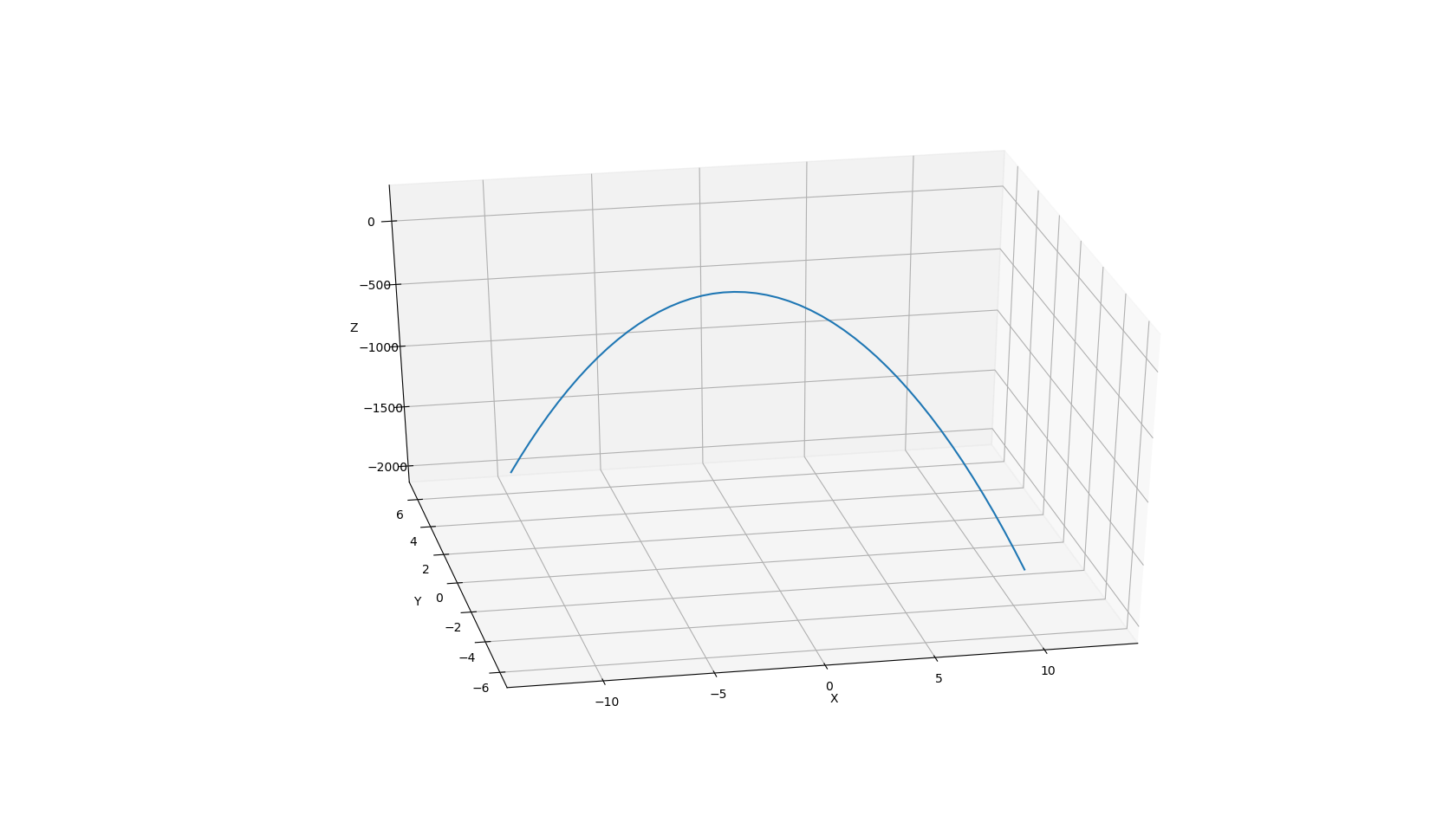 By jove, a quadratic! 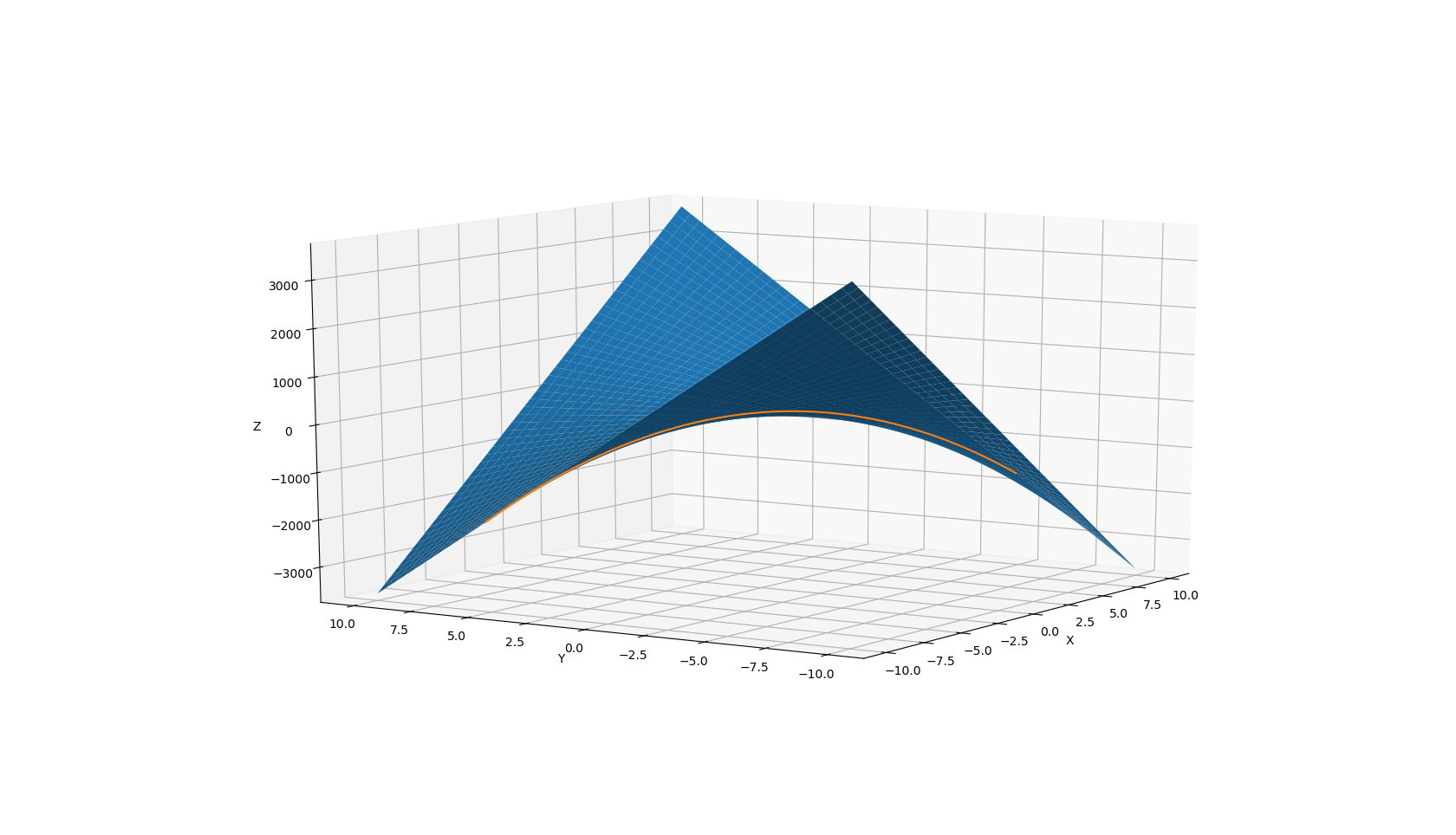 For $m=0$ the saddle point has become the maximum. For $m\ne0$, we just get a parallel line, indicating a parallel quadratic.

You want to compute

We can compute such a "reduced hessian" in one of two ways. The first is the matrix arithmetic approach, projecting onto the subspace where the constraint is satisfied. This is equivalent to projecting the original hessian into the nullspace of the constraint function.

A basis for the nullspace of A is trivial in 2D:

$R$ is called the reduced hessian, and in our case is a scalar.

Another approach to constructing the same hessian is to project the function onto the constraint, and compute the hessian of that fella.

Which is consistent with our expectation.

This hessian is negative definite, indicating a maximum at the critical point.

Not the answer you're looking for? Browse other questions tagged calculus multivariable-calculus optimization maxima-minima or ask your own question.