Want to clarify and check DFA and NFA attempt

I did following exercise and i want to clarify that did i made something wrong. And cannot figure out how to solve the c th question.

answers that i got 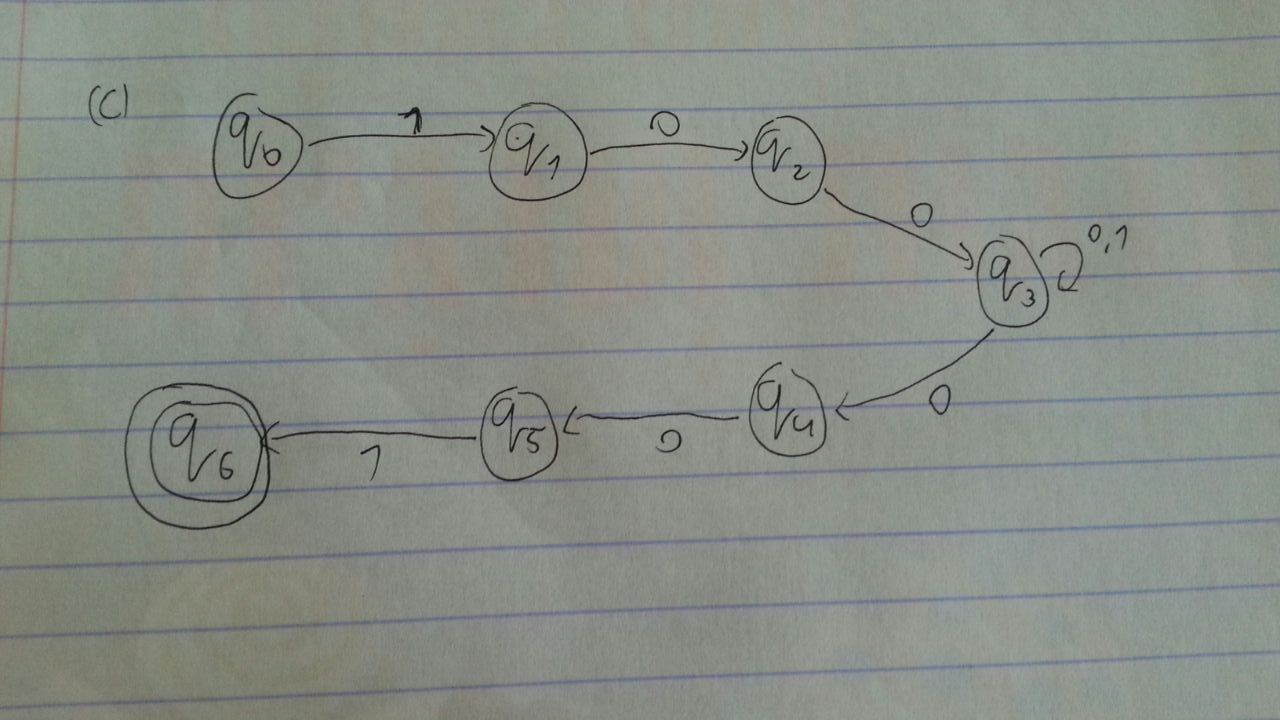 Not the answer you're looking for? Browse other questions tagged computer-science automata regular-expressions finite-automata automated-theorem-proving or ask your own question.

3
NFA to DFA and Regular Expression
2
NFA to DFA for odd a's and even b's
0
Possible to find simpler NFA from this DFA?
0
problem with the NFA to DFA conversion theorem
0
how to reduce DFA to NFA with less states
0
Describe the language accepted by this NFA and convert it to DFA
1
NFA to DFA Diagram Conversion