Graphs: Is finding isomorphism with bijection a guess game?

I usually link the verticles by bijection based on verticles' degree, but in cases when there are 2+ verticles with same degrees on both sides, I usually end up with no luck. Is there a better way?

To be more specific, here is my example: 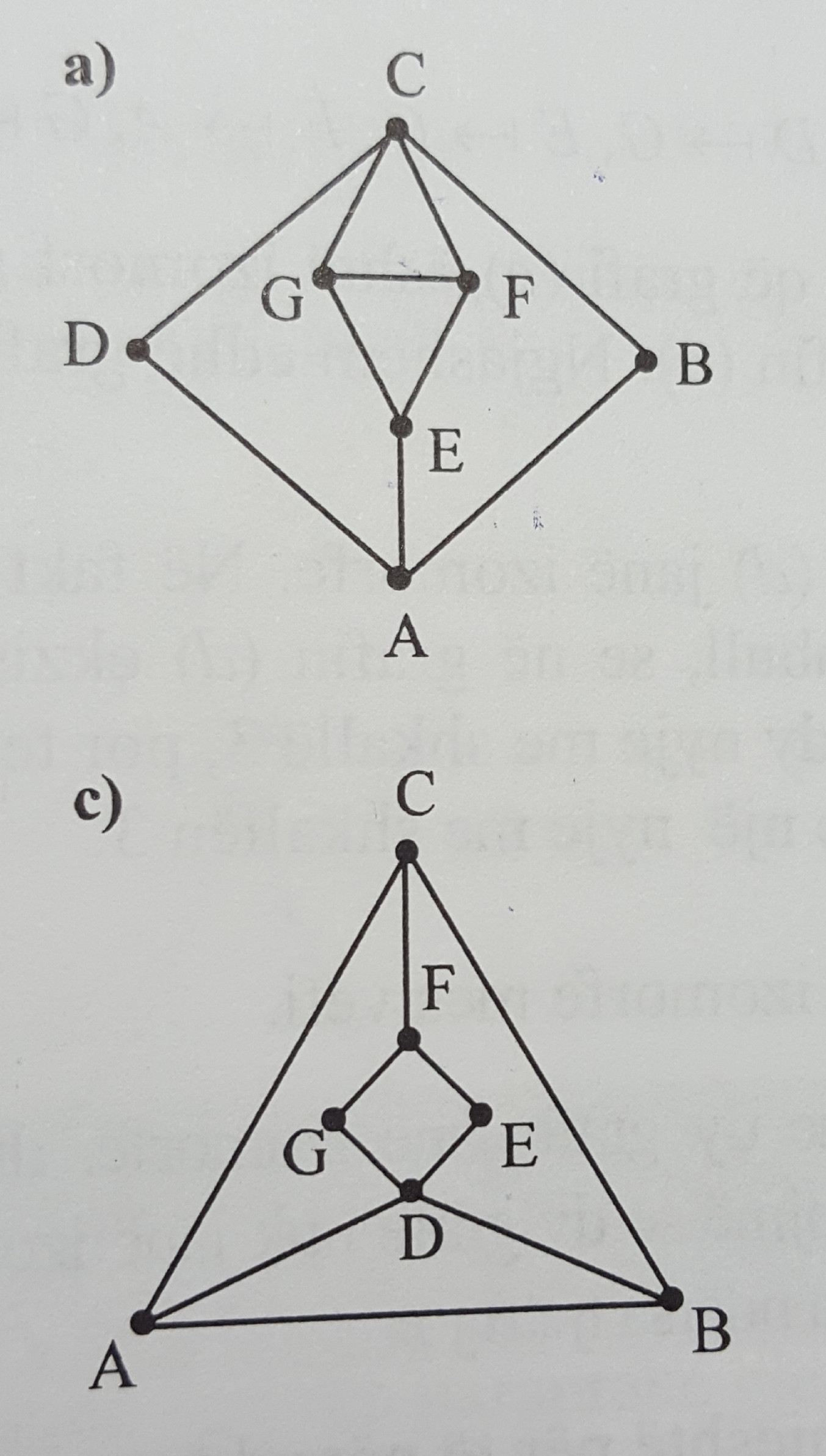 I did the following links

I wasted a lot of time by guessing wrong (these graphs are isomorphic btw, according to my book)

I would avoid guessing in cases where it seems like a vertex in one graph might match up with multiple vertices in another graph. Instead, start from places where the bijection is unique, and extend it from there.

Now we check that all the edges get mapped to edges, and because we never made guessing steps, either things work out or there is no isomorphism.

I'm not saying you can always avoid guessing, but you can minimize it. If there were no vertices with unique degree, you could look for unique substructures instead: for example, both graphs have only two triangles (triples of vertices all connected to each other), so those have to be matched up.

Sometimes you just get a place where the graphs are highly symmetric, and can't avoid guessing. But that's where actual graph isomorphism algorithms get stuck, too.

2
Finding all graphs with a certain vertex degree sequence
4
Creating a Bijection to check if Graphs are Isomorphic
5
Determine isomorphic graphs in a set
2
Metric quantifying non-isomorphism of graphs?