I'm having trouble answering this question. I know that this sequence is graphical, but how can I know how many are there that are not isomorphic and how to draw them. Can someone please help? 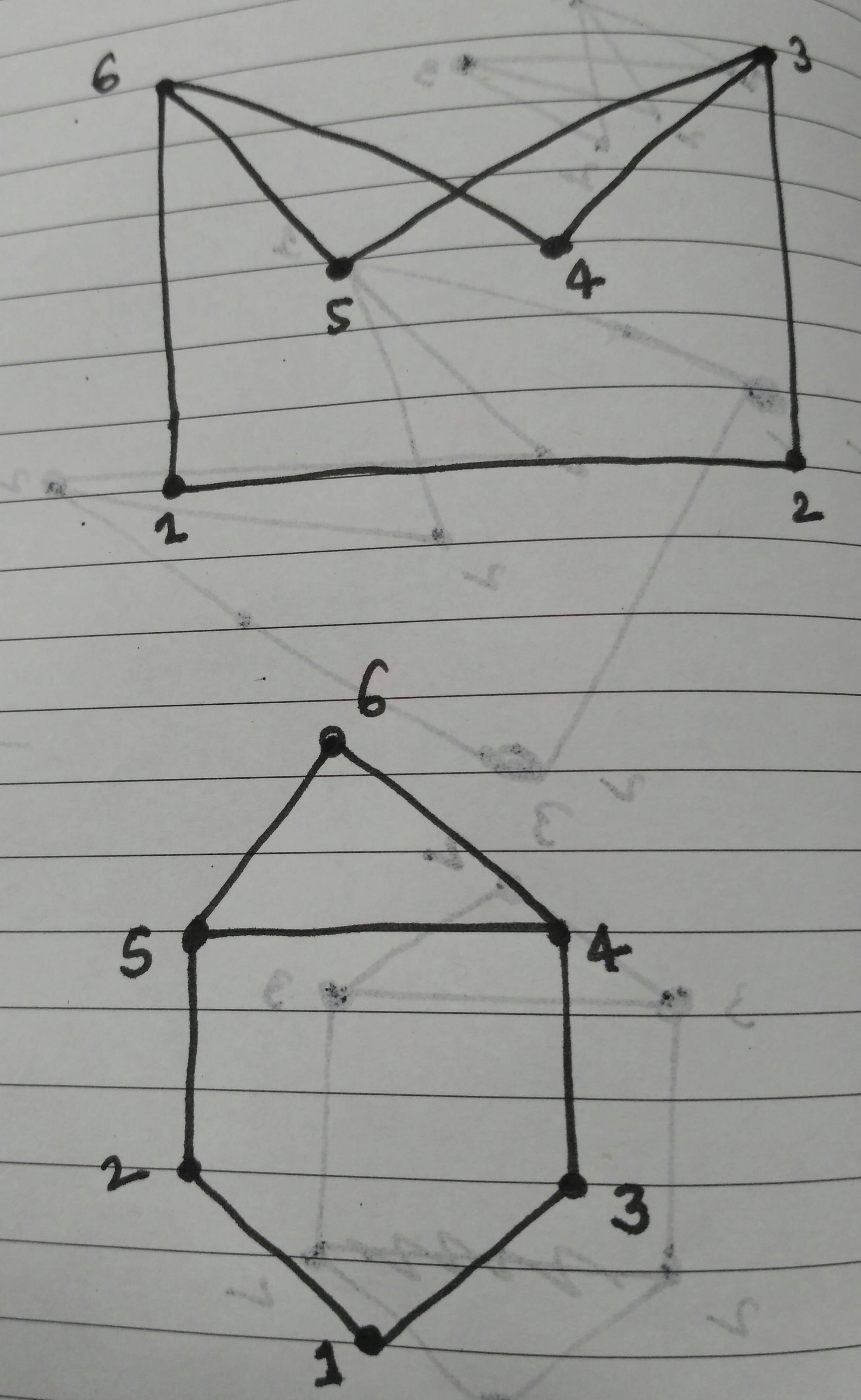 Yes, there are. I'll describe two such graphs.

First, arrange the six vertices in a 2 by 3 grid. Then connect vertices so as to form the number $8$ as seen on sports scoreboards or some digital clocks. This is what a commenter refers to as a theta graph.

In the first example, the degree $3$ vertices are adjacent but in the second they are not, so the two graphs are non-isomorphic.

Vertices of degree 2 are fairly uninteresting as they can be removed from a graph by combining its two edges into one.

Suppose you did that to your graph(s), then you would be left with a graph with two vertices of degree 3. There are only two such reduced graphs: Either all the edges connect the two vertices, or they are connected by only one edge and both have a single loop.

You can distribute the degree-2 vertices over the three edges in several distinct ways. As the three edges of the reduced graph are equivalent, all that matters is how you split the four added vertices into three groups (some of which may have zero vertices). There are four ways to do this: 0+0+4, 0+1+3, 0+2+2, or 1+1+2. This gives four non-isomorphic graphs. Note however that the 0+0+4 graph is not simple, because of the two 0 edges. So this gives 3 simple graphs.

Case 2: The reduced graph has one edge connecting the two vertices, and two loops, one on each vertex.

Each of the loops needs to have at least two degree-2 vertices added, because otherwise the graph will be not simple. We only have 4 vertices available so each loop must have exactly two vertices added. This gives the fourth simple graph.

0
How to determine whether the pair of graphs is Graphs Isomorphic
3
Calculating number of edges from a degree sequence
2
Construct Pairs of Non Isomorphic Graphs
3
Adding an edge and a vertex to non-isomorphic graphs
2
How many pairwise non-isomorphic simple graphs are there of 60 points and 1768 edges
4
How to show these three-regular graphs on 10 vertices are non isomorphic?