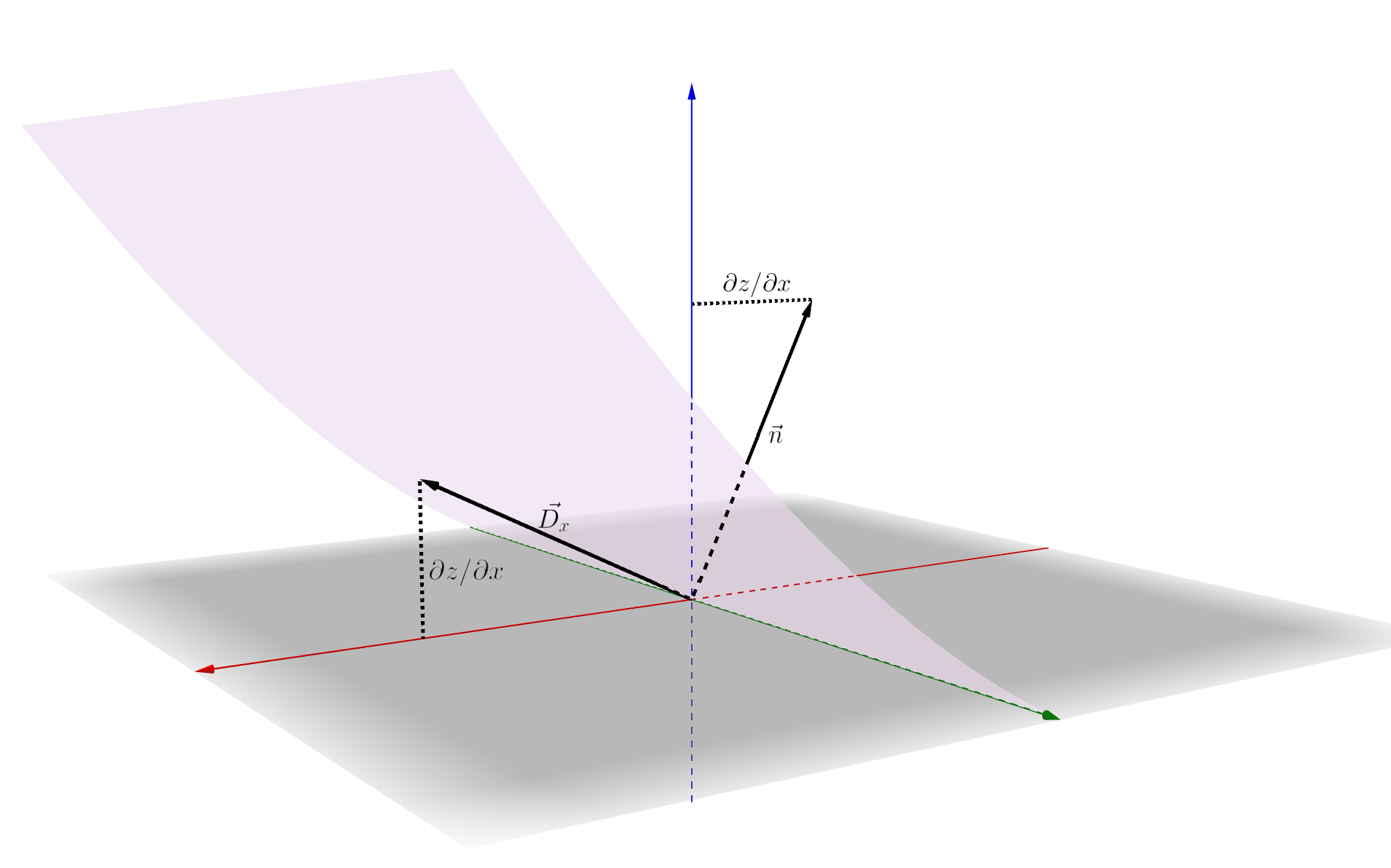 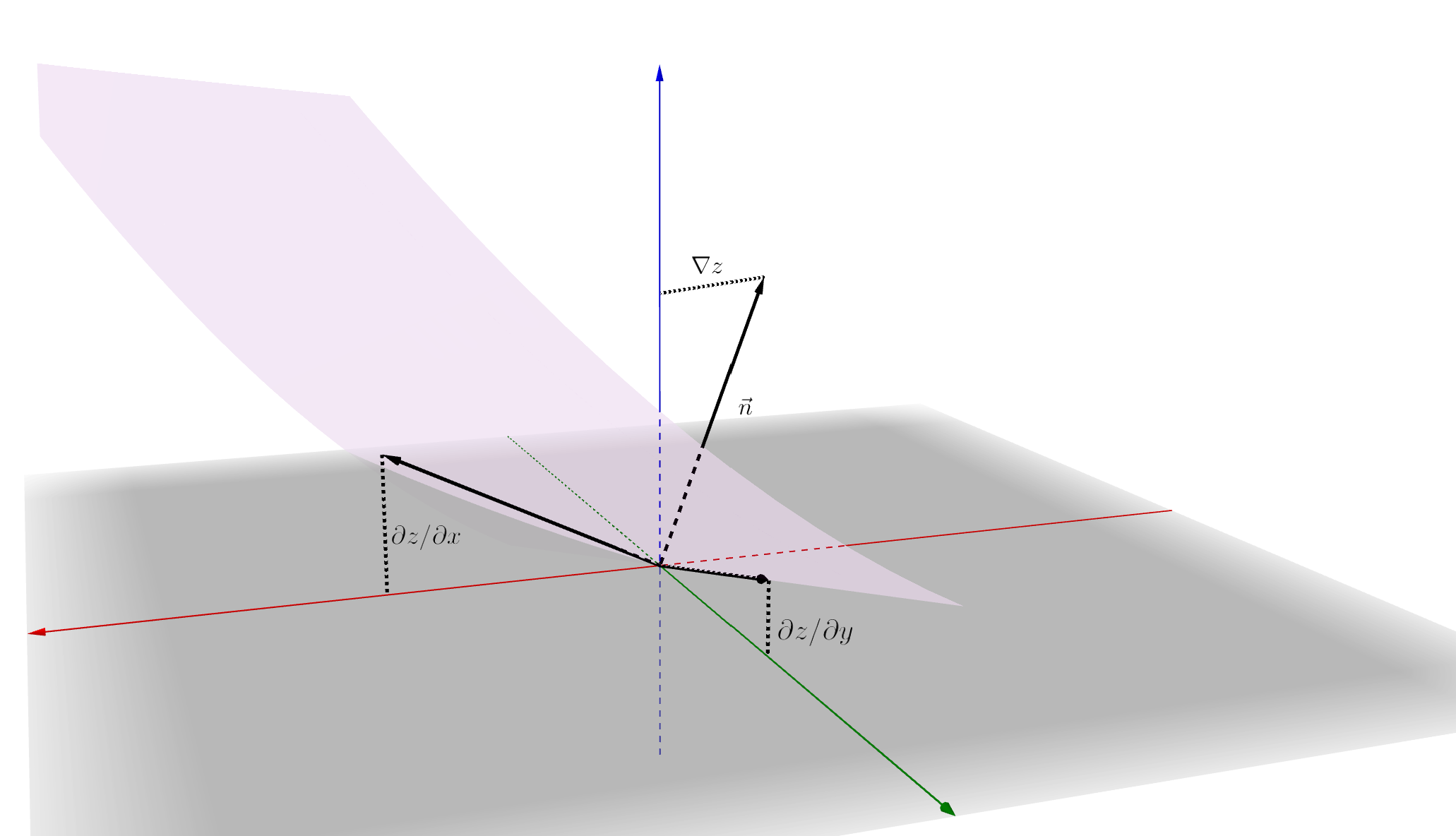 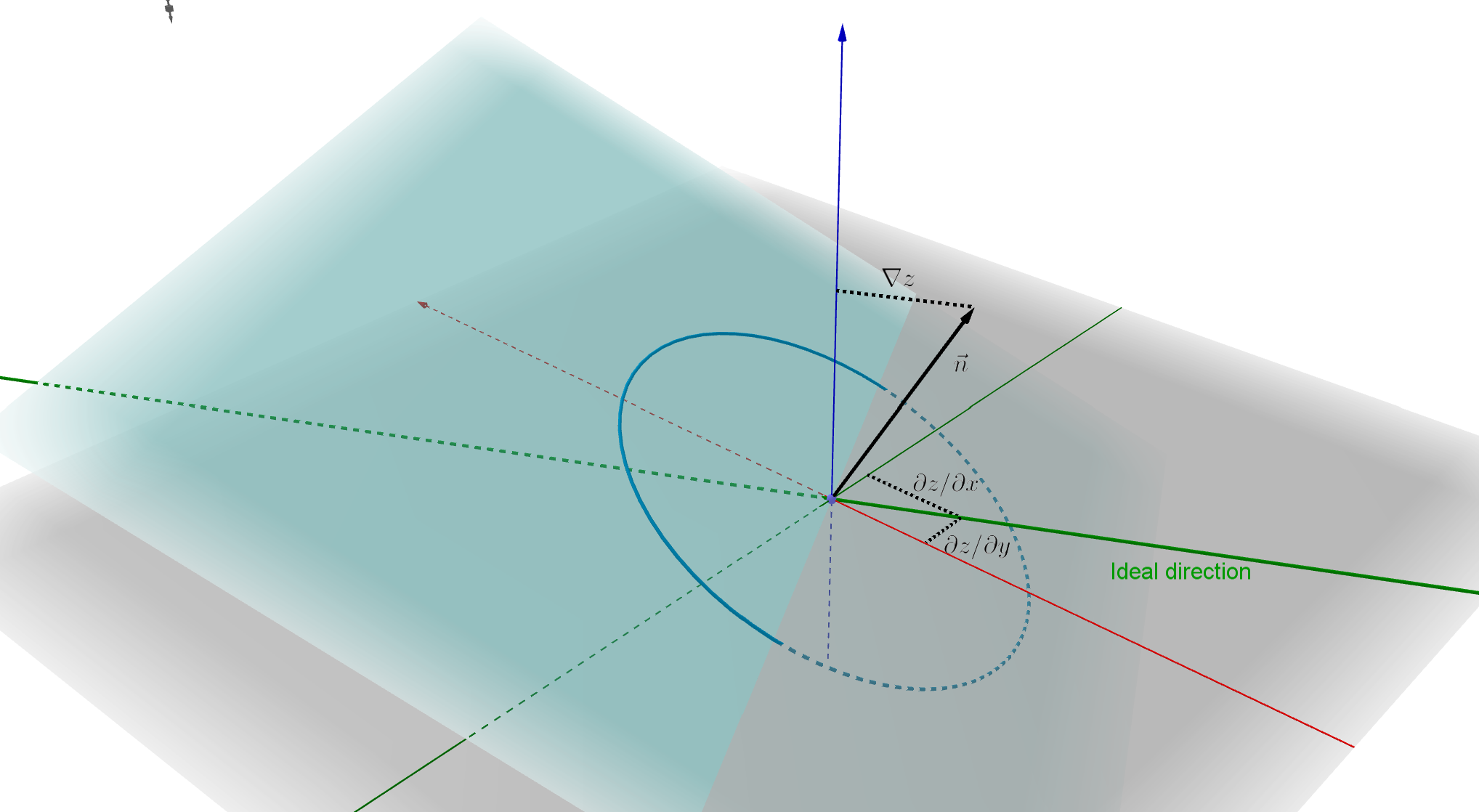 For a little bit of background and the code for creating the animation see here: Why Gradient Descent Works (and How To Animate 3D-Functions in R).

Sorry for posting so late, but I found that a few more details added to the first post made it easier for me to understand, so I thought about posting it here, also

The key is the linear approximation of the function $f$.

First you must realize that near a given point $(x_1, x_2, ..,x_n)$, the change of $f$ is dominated by its first order partial derivatives. It can be approximated by a plane near that point:

Not the answer you're looking for? Browse other questions tagged multivariable-calculus vector-analysis scalar-fields or ask your own question.