Every proof I have encountered splits the vectors into components first. This is understandable, because the cross product is purely a three dimensional construct. However, I'm curious as to whether or not there is a coordinate free proof of this identity. Although I don't know much differential geometry, I feel that tensors and so on may form a suitable framework for a coordinate free proof.

Okay, I really hate the sign issues with the Hodge star, so I am gonna assume that $\star\star=1$, the end result will be good.

The fundamental relationship is that for $k$-vectors/forms, we have $\langle\omega,\eta\rangle\mu=\omega\wedge\star\eta$, where the angle brackets are the inner product on the exterior algebra and $\mu$ is the volume form/multivector.

where $i_{X}$ denotes the interior derivative with respect to $X$ and we have used the identities:

for any $p$-form $\alpha$ and vector fields $X,Y$ (note that the first and second identities are specific to $\mathbb{R}^{3}$). Then note that

and so then the result follows after taking the metric dual of our expression.

I just want to add a proof using my favourite method for this kind of thing: Penrose graphical notation. I think it is as coordinate free as you can go.

Every piece of the diagram has a meaning. Tensors are shapes with a lines going upwards or downwards, depending on the type of tensor. For example, vectors have 1 line going upwards, and covectors one line going downwards. Contracion is represented joining the lines.

For example: the first line on the right side, over the word "proof", is the statement $(b\times c)^{a} = b^{b}c^{c}g_{bd}g_{ce}\epsilon^{dea} = b^{b}c^{c}\epsilon_{bcd}g^{da}$ where the indices are proper abstract indices: they do not represent components, but the slots of the tensors.

At the bottom I repeat the properties I use. 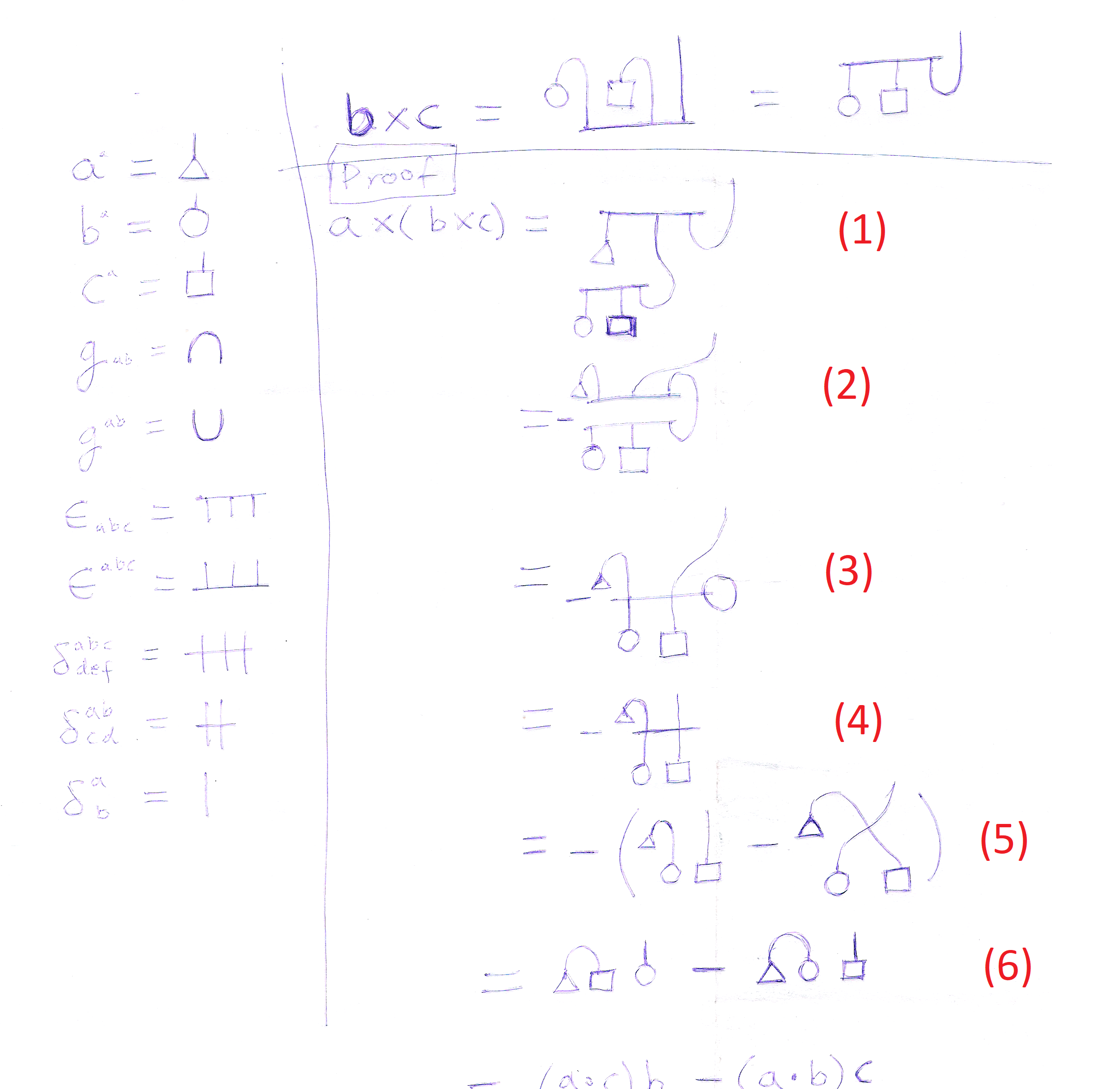 Not the answer you're looking for? Browse other questions tagged linear-algebra differential-geometry vector-spaces differential-topology cross-product or ask your own question.