I was reading about curvature of a curve but I didn't understand it.

I'm looking for an easy definition and also I want to know is there any general formula for finding curvature of the all curves ?

Note : I looked at Wolfram Math Wolrd: Curvature but It was really hard to me

This all that is important by way of definition. Physically it is rate at which a curve turns, the rest is just manipulation:

I was reading about curvature of a curve but I didn't understand it.

Imagine your in a car, travelling a road in the mountains at constant speed. When entering curves, you feel pushed sideways. The more the road is curved, the more you are feeling the effect. This is because, even though you are travelling at constant speed, there is an acceleration when you change directions. This acceleration is directed towards the center of curvature of the curve. For instance, if you are travelling on a circular road, then you are constantly accelerating towards the center of the circle.

The curvature $\kappa$ of a curve at a point is the magnitude of this acceleration when you are travelling at unit speed.

is there any general formula for finding curvature of the all curves?

The curvature of a plane curve $C$ at a point $P$ is the reciprocal of the radius of the osculating circle. 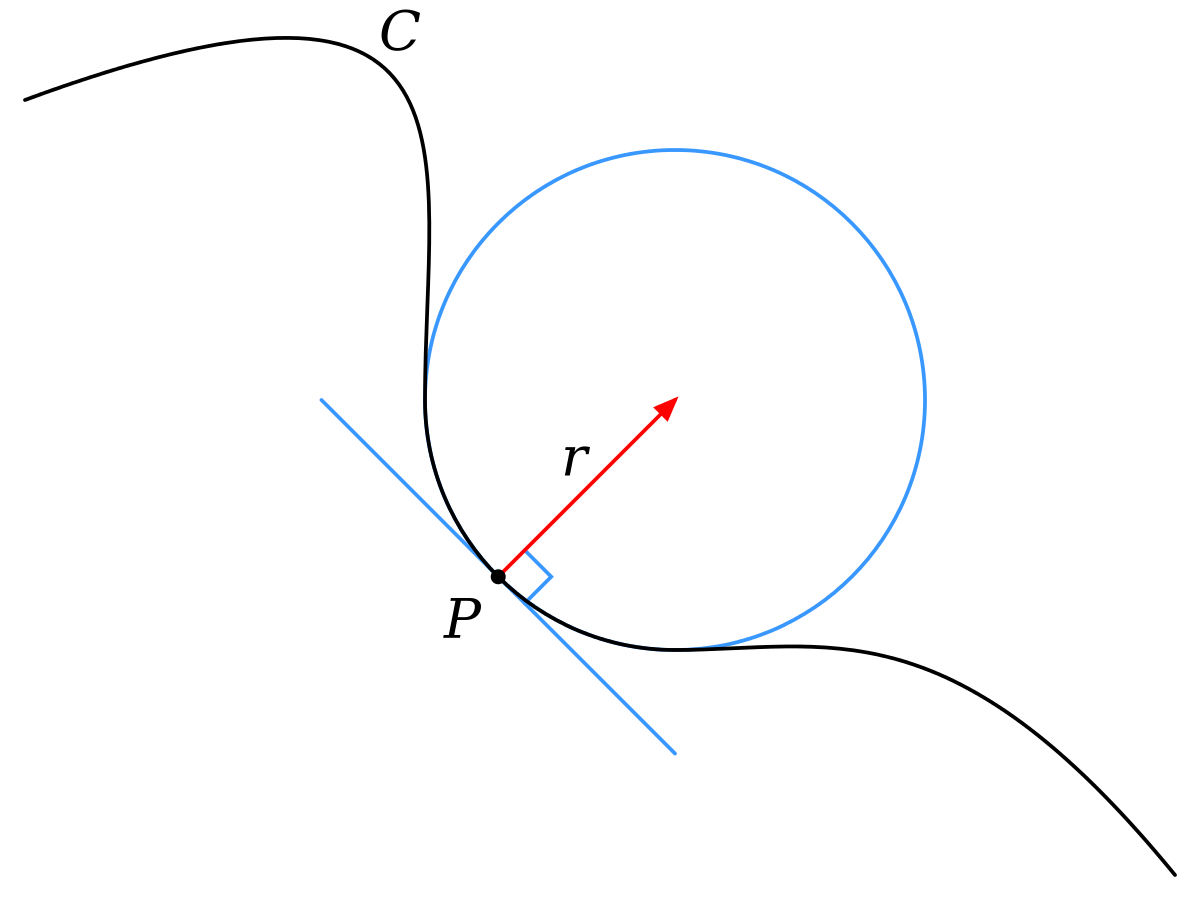 There are two notions of the curvature of a curve in an $2$-dimensional Euclidean vector space. The first one is due to Euler (1775) who defines the curvature to be the limit of the quotient of the change of the tangent vector compared by the length of the observed interval.

Not the answer you're looking for? Browse other questions tagged differential-geometry curves curvature or ask your own question.

5
Bezier curvature
5
curvature of curve in $\mathbb R^2$
3
Finding the Total Curvature of Plane Curves
1
Prove that the line is tangent to the curve at the point.
1
Curvature for surfaces?
1
How to understand this explanation of curvature from the book of Berger？
1
Definition of curvature and intuition
1
Simple question about curvature on planar curves