Expression with covariant derivative of a vector component

I saw this formulation :

The expression of covariant derivative of "a-th" component of vector $V$ is :

I don't understand the link between smooth functions for components of vector $V$ and the vanishing of right term in expression of $\nabla_{X_{i}}V_{a}$.

Here's a capture on the context of the formulation that confuses me : 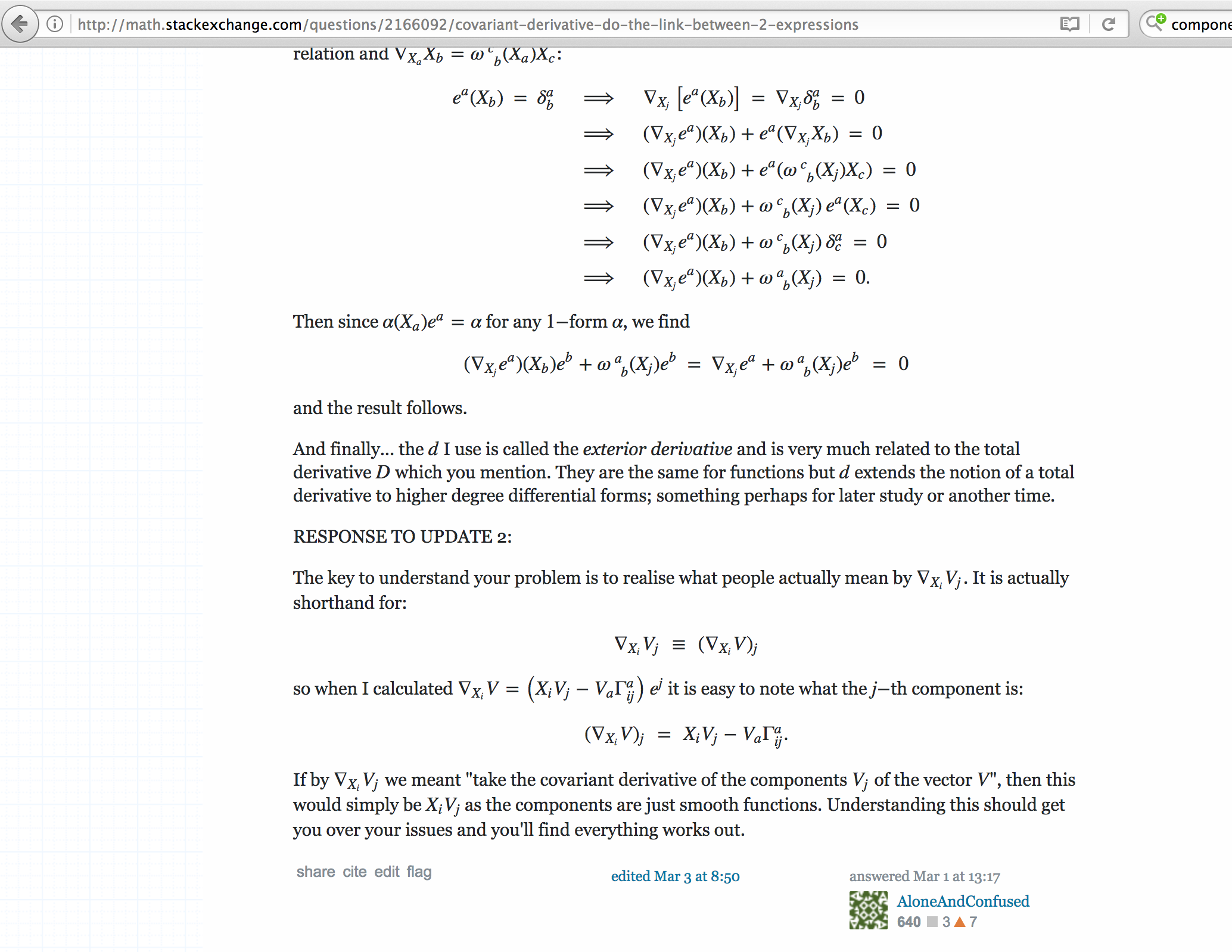 ps : the top formulation (italic) comes from this post

In fact, ones sometimes denotes the directional derivative of a function $f$ in the direction of a vector field $X$ by

so using this notation, the formula above reads as

3
Covariant derivative - do the link between 2 expressions