Why do we differentiate?

I'm currently learning how to differentiate, but as most entirely new things are rather abstract, I cannot really get a hold of the reason why I'm differentiating.

Okay, I think. What then, I wonder? This is not really telling me anything. Beautiful math, though.

(The answers to what is the use of derivatives do not give me very much mathematical intuition behind why we differentiate.)

This is not really telling me anything.

It is telling you something very important. 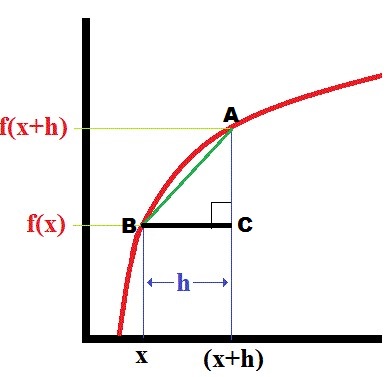 Therefore, the expression $$\lim_{h\to 0}\dfrac{f(x + h) - f(x)}{h}$$ would give us the slope of the tangent line to the graph at point $B$. This is what the derivative tells us. It gives the slope of a function at a given point.

Why do we differentiate?

Consider a very basic formula that relates velocity, position, and time: $v = \frac{\Delta x}{\Delta t}$. Notice that velocity is the rate at which position changes over time. However, the formula given only works if the velocity is constant, i.e., if our position consistently changes the same amount for each unit of time. Otherwise, if we use this formula when the velocity is non-constant (say a car drive through a crowded city), then this formula will only give us an average velocity.

However, differentiation allows us to calculate rates of change even when those rates of change are not constant. So instead of calculating $v = \frac{\Delta x}{\Delta t}$, we instead calculate $v = \frac{dx}{dt}$ which will tell us the instantaneous velocity at any point $x$. You can almost think of the derivative as a "fancy division" between two changing quantities.

Differentiating gives the rate of change of a function. It is used any time you want to study how the change of one variable affects another. It has many practical examples.

One, a physics example, being that the velocity is the derivative of the position function.

The derivative can also be used for many other branches in mathematics. The branch mathematical analysis deals with analytic functions, rate of change, and therefore derivatives. For instance, one can approximate a function using a sum up to the n-th derivative in a Taylor Series

Derivatives (and calculus) were born to solve physics' problems. Derivative represents how one quantity changes as another quantity varies. In many cases, we can construct models by relating quantities to their rates of change, then using tools from differential equations to make predictions. That's why we study derivatives!

It is easy to find out the slope of a line between any 2 points, if we know the coordinates of the points, but to find out the slope when only one point is known, the derivative comes into play. If you have a curve and are asked to find out the rate of change or at what rate does the value of the function change with respect to the variable at one particular point, you can use the first principle which you must be knowing, or other differentiation rules accordingly.

So, in a nutshell, we differentiate (or find out the derivative) in order to find out the instantaneous rate of change of the function with respect to the variable.

When you differentiate, you a finding a function for the slope of the tangent to a curve at any given value of $x$. 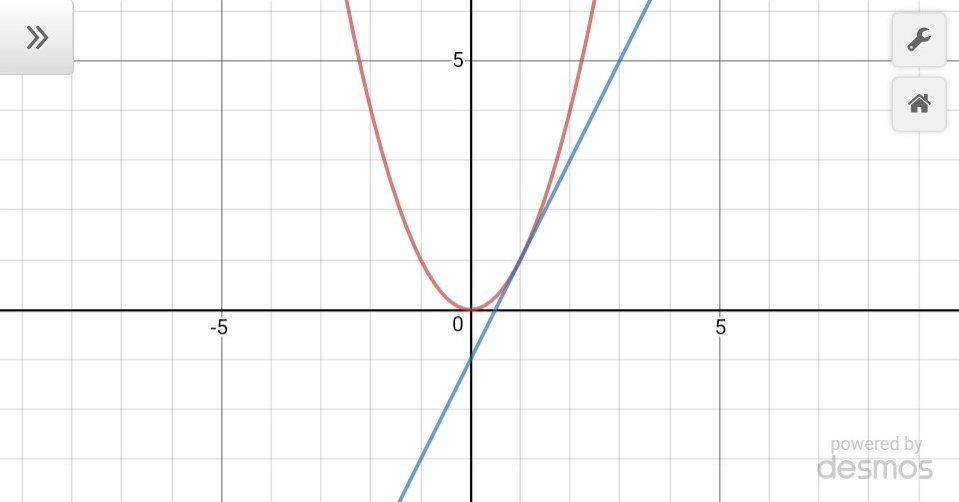 This is also important in problems such as finding local minimum and maximum values of a function, especially in optimization problems. Therefore, this is especially useful in engineering. For example, to find the minimum of $y=x^2$, we can differentiate and set $\frac{dy}{dx}=0$. This tells us that the minimum value of $y$ is at $x=0$, which has coordinates $(0,0)$.

8
Why is the derivative important?
14
what is the use of derivatives
2
Importance of differentiation

7
Definition of Ring
100
What makes elementary functions elementary?
8
What are central automorphisms used for?
1
Find the rate of change of the frequency when D, L, σ and T are varied singly.
1
Cokernel: Inspiration for it's name?
0
Calculus: Meaning of the differentiate sign $\frac{d}{dx}$, Why is $\frac{d}{dx}(\sin y)$ applied with chain rule but $\frac{d}{dx}(\sin x) =\cos(x)$?