Constructing a NFA for the following language

Prove that the perfect shuffle of $A$ and $B$ is regular.

We will create a NFA in the following manner:

So the latter is a part of NFA $A$. We will do the following for every transition of this type. We know that any state that recevies input maps other state. What we want is to stop at state $q_r$, read input from the language $B$ and return to the same state to read the next input. For that we will turn $q_r$ into a box that reads input from $B$. 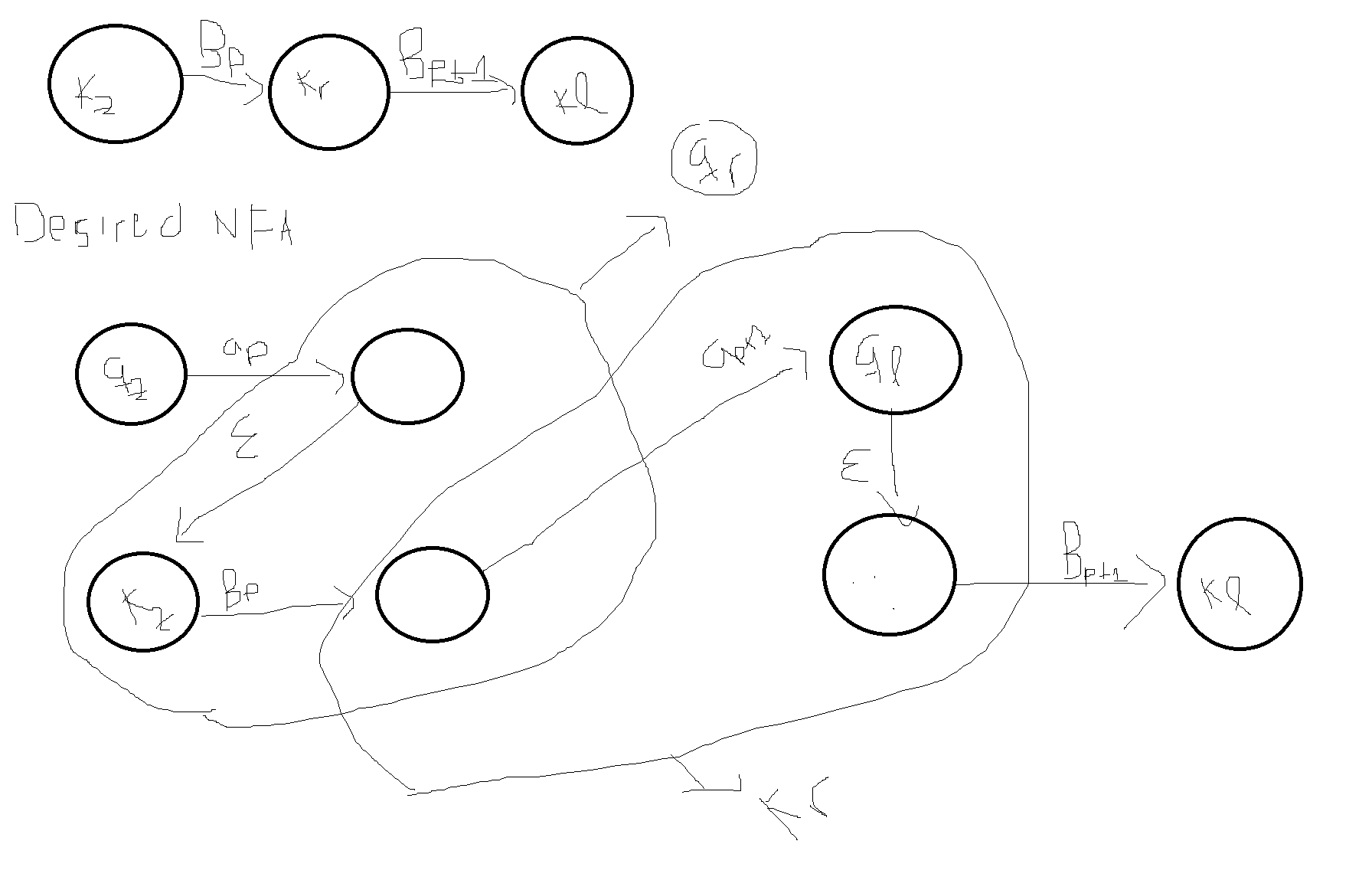 There are several ways to prove that the perfect shuffle of two regular languages is regular. Here's one.

We start with automata $M_a$ and $M_b$ for $A$ and $B$, respectively. To fix ideas, suppose they are DFAs. We first build a helper automaton $G$--technically known as a gadget--that constantly alternates between its two states $0$ and $1$. The purpose of this automaton is to keep track of whether we are reading an $a$ or a $b$. Its initial state is $0$,which is also its only final state.

Finally, we compose $P$ and $G$ to obtain $C$. Each state has now three components: one from $M_a$, one from $M_b$, and one from $G$. The initial state of $C$ is the state with three initial components and the final states are those made up of three accepting components. The transition relation of $C$ is defined in the natural way. It's not difficult to see that $C$ accepts the perfect shuffle of $A$ and $B$.

One does not need to introduce $G$, and can instead define $C$ directly, but the approach I've taken here is easier to describe without getting too mired into details. Another approach, which may appeal to those familiar with the closure properties of regular languges, is to define an automaton whose input language is $\Sigma \times \Sigma$ as intermediate step.

Not the answer you're looking for? Browse other questions tagged computer-science automata regular-language finite-automata or ask your own question.

6
Convert from DFA to NFA
1
Show that the language is regular - Closure
1
proving that if a FFA accepts L=> L is a regular language
2
Design a NFA using a DFA that accepts a language A
2
Show that the class of regular languages is closed under shuffle
1
Subset contruction. Constructing a DFA from an NFA.
0
Construction of nfa consisting of accepted state in outcome for given string not part of language-
0
Constructing an NFA given a language DF(A) = {a2...ak | a1a2... ak ∈ A}.
5
Is the intersection of two "sausage" languages also a "sausage" language?