Looking for references about a tessellation of a regular polygon by rhombuses.

A regular polygon with an even number of vertices can be tessellated by rhombii (or lozenges), all with the same sidelength, with angles in arithmetic progression as can be seen on figures 1 to 3. 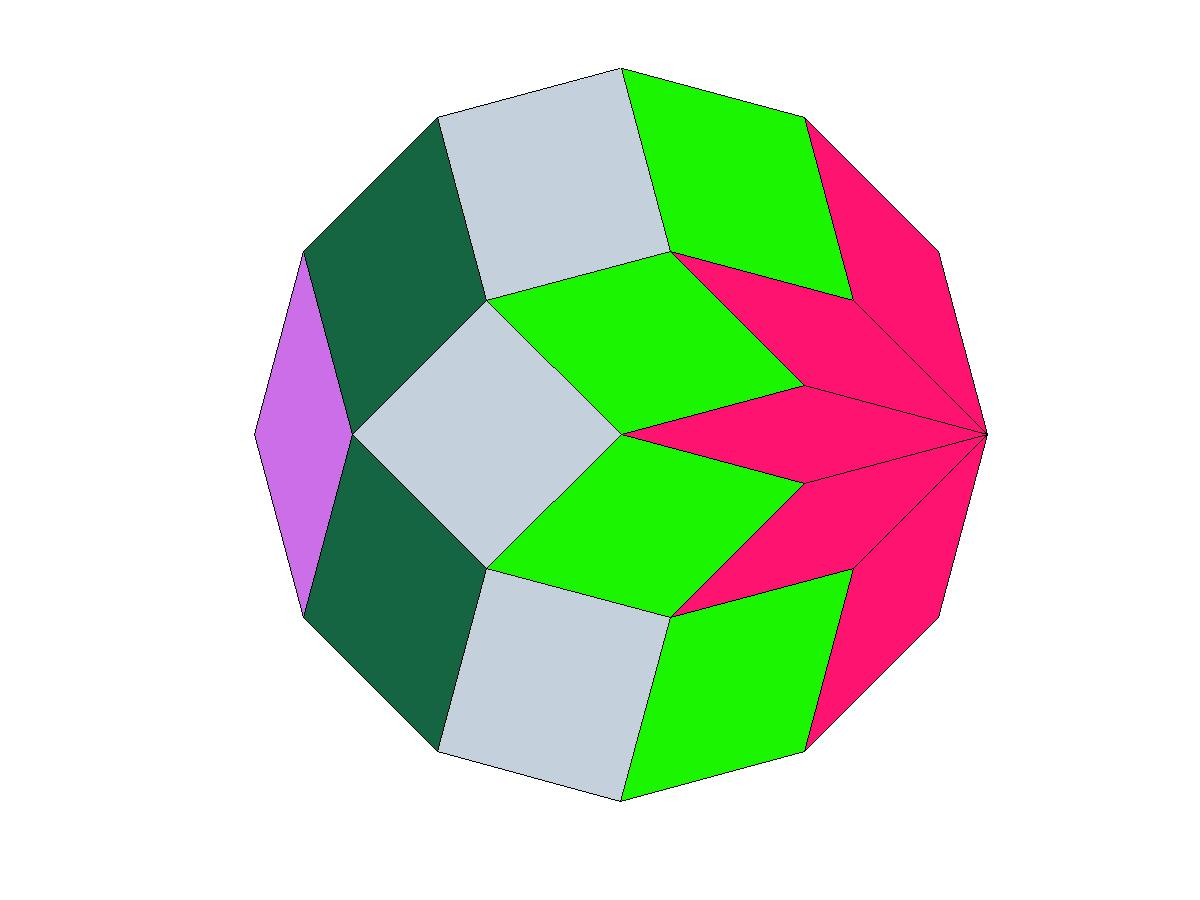 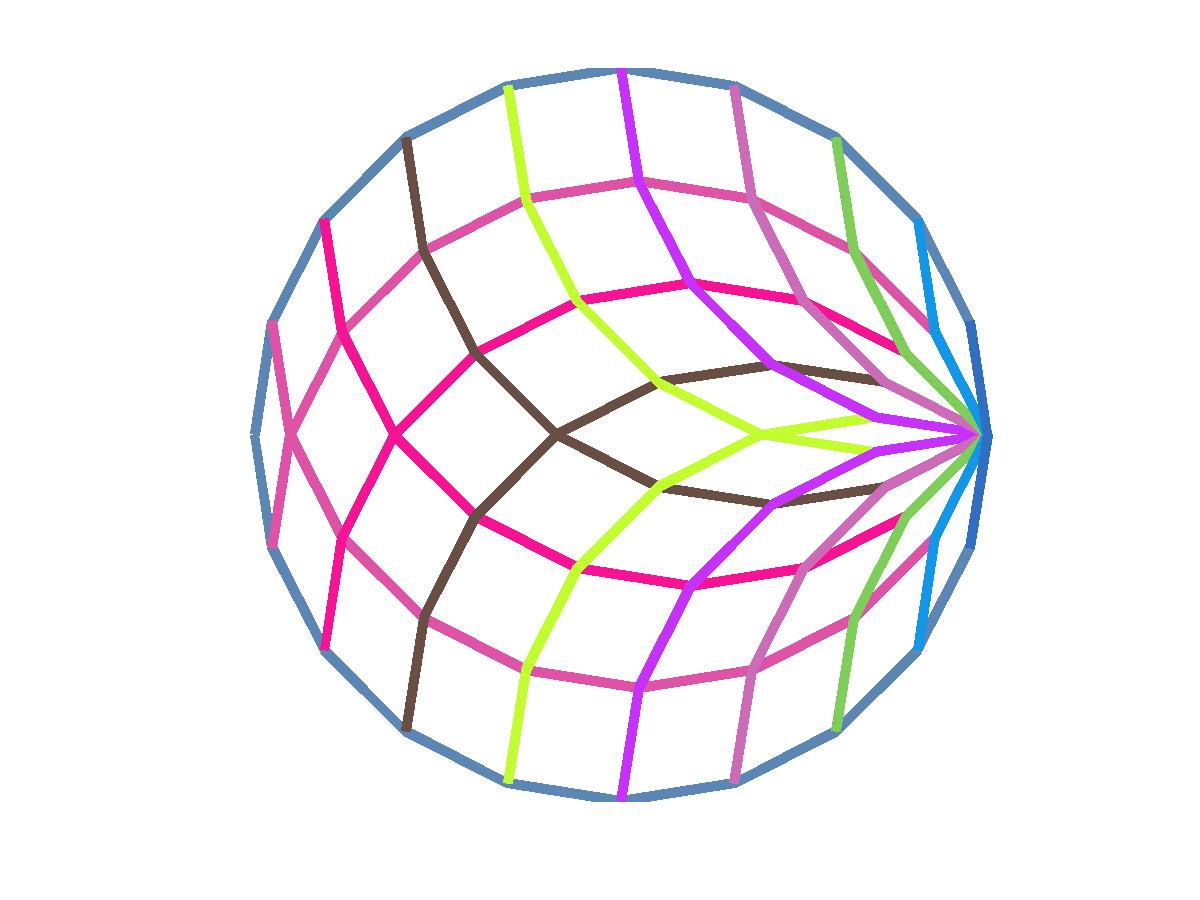 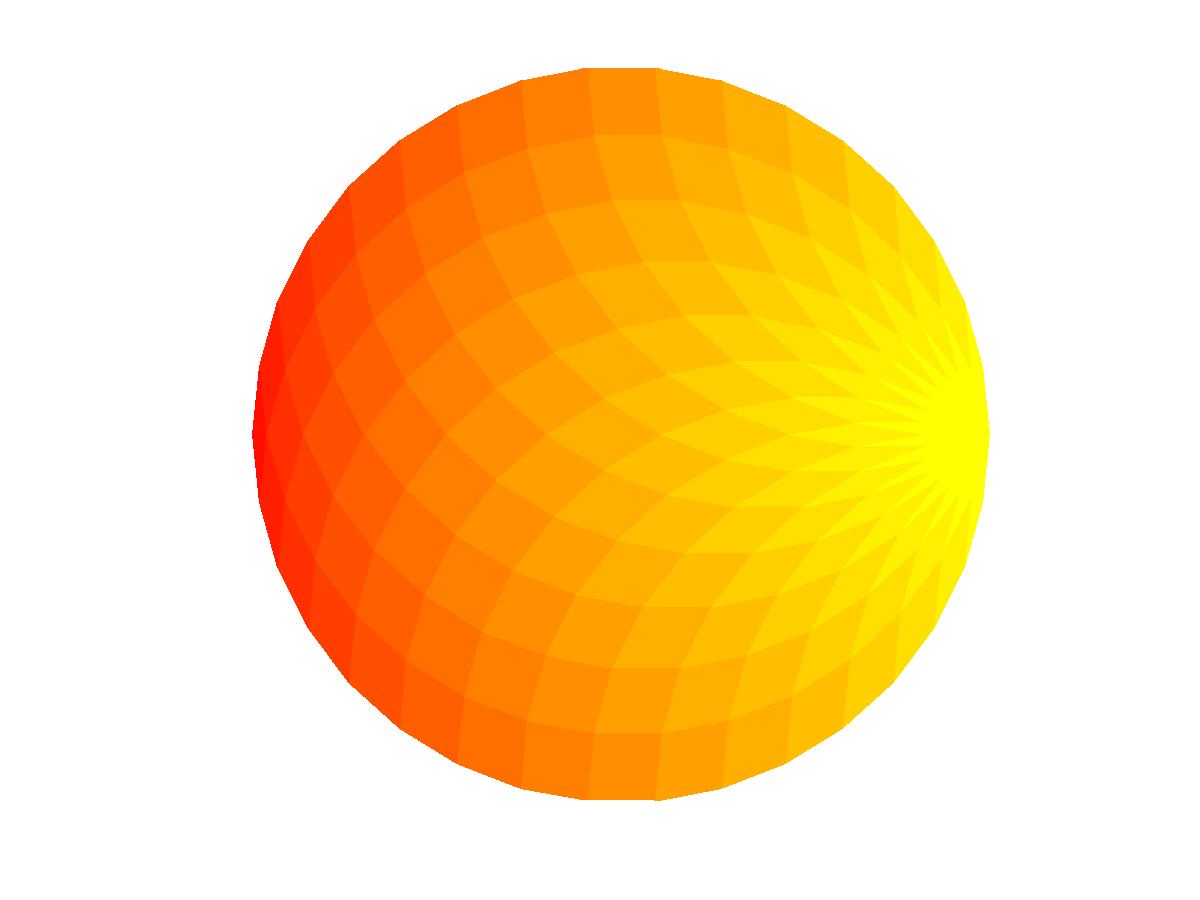 I had already seen this kind of tessellation, and I met it again in a recent question on this site (Tiling of regular polygon by rhombuses).

Let the polygon be $n$-sided with $n$ even. The starlike pattern of rhombii issued from the rightmost point, that we will call the source, can be seen as successive ''layers'' of similar rhombii. A first layer $R_1$ with the most acute angles (they are $m:=\dfrac{n}{2}-1$ of them), then moving away from the source, a second layer $R_2$ with $m-1$ rhombii, etc. with a grand total of $\dfrac{m(m+1)}{2}$ rhombii.

It is not difficult to show that rhombii in layer $R_p$ are characterized by angles $p\dfrac{\pi}{m+1}.$

In fact (I had no idea of it at first), the rhombii pattern described above is much less mysterious when seen into a larger structure such as shown in figure 4. The generation process is simple: a regular polygon with $m$ sides is rotated by successive rotations with angle $\dfrac{\pi}{m+1}$ around one of its vertices. 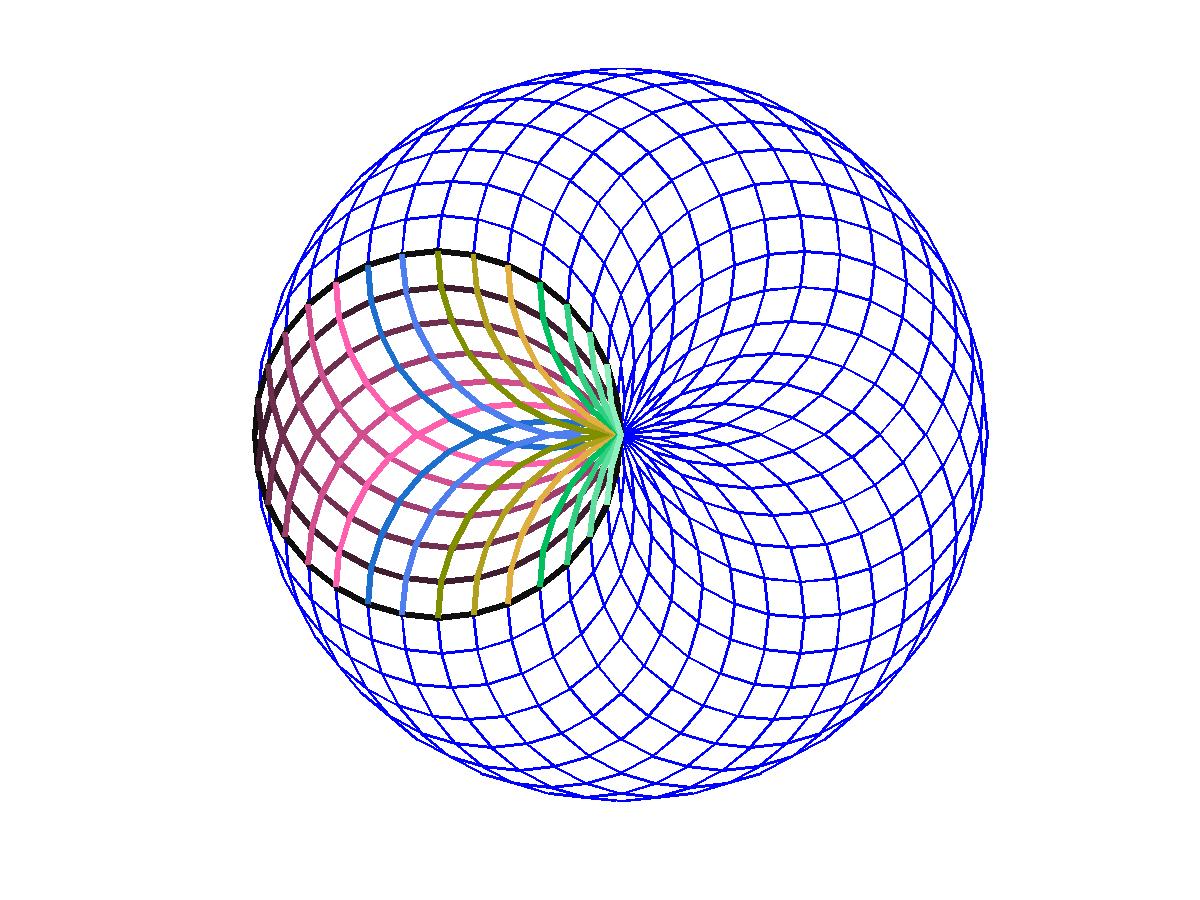 My question about this tessellation is twofold:

The different figures have been produced by Matlab programs. The program that has generated Fig. 2 is given below ; it uses complex numbers, especially apt to render angular relationships:

Edit : I am indebted to @Ethan Bolker for attracting my attention to zonohedra (or zomes, as some architects call them), a 3D extension of Fig. 4 (or an equivalent one with less or more circles) ; by 3D extension, we mean a polyhedron made of (planar) rhombic facets whose projection on $xOy$ plane is the initial figure, as shown on Fig. 5. The idea is simple (we refer here to the two left figures in Fig. 6): the central red "layer" (with the thinnest rhombi) is "lifted" as an umbrella whose highest point, the apex of the zonohedra, say at height $z=1$, with the bottom of the $n$ ribs of the umbrella at $z=1-a$. Let us denote by $V_k, \ k=1, \cdots n$ with components $\left(\cos(\tfrac{2 \pi k}{n}),\sin(\tfrac{2 \pi k}{n}), -a\right)$ the (3D) vectors issued from the apex. Layer $1$ rhombi have sides $V_k$ and $V_{k+1}$ ; by the very definition of a rhombus, layer $2$ (yellow) rhombi have sides $V_k$ and $V_{k+2}$, etc. Note that Fig. 6, unlike Fig. 5, displays a closed zonohedron obtained by gluing 2 identical zonohedra. The right part of Fig. 6 displays the same zonohedron colored in a spiraling way.

Let us remark that there is a degree of freedom, i.e., the way the initial "umbrella" with ribs $V_k$ is more or less open, i.e., $a$ can be chosen. 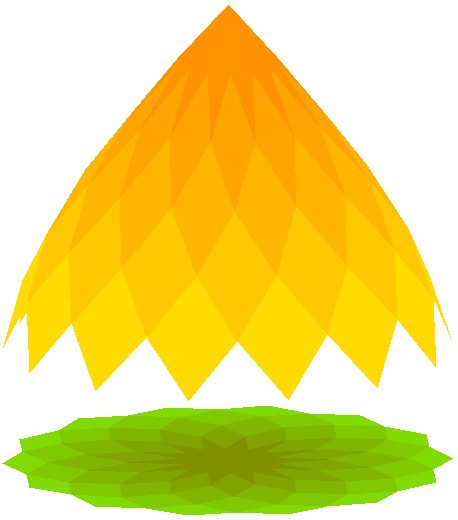 Fig. 5 : The upper part of a regular zonohedron and its projection onto the horizontal plane. 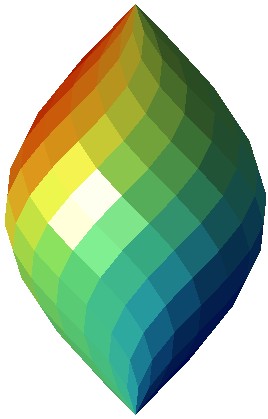 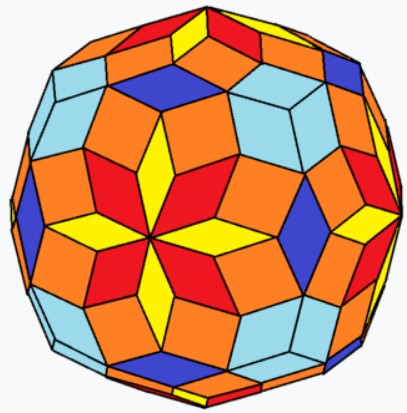 Fig. 7 : A rhombic 132-hedron (image borrowed to the Wikipedia article).

Not the answer you're looking for? Browse other questions tagged geometry reference-request polygons polyhedra tessellations or ask your own question.

6
It this an image of a rotating polytope in $\mathbb R^4$?
5
Tiling of regular polygon by rhombuses
3
Centroid of polygon
2
Decreasing rings of tangent circles. Solved geometrically/graphically but would like to solve with equation.
2
"Secondary spirals" within Fermat spirals
0
decomposition of polygons with parallelograms
1
How to make a geodesic dome 2V?
1
Boundary of a zonotope
0
local facet enumeration for zonotope effectively

146
Can someone explain the math behind tessellation?
2
Rotation of Tetrehedra for 3d Tessellation
0
Regular polygon Interior angles
2
Finding vertices of regular polygon
20
Japanese theorem, in its extended form
0
general equation for a n-side regular polygon
12
How the recursive structure of Apollonian gaskets can be described in order to be able to reproduce them?