faster-RCNN,why don't we just use only RPN for detection?

As we know, faster-RCNN has two main parts:one is region proposal network (RPN),and another one is fast-RCNN.

My question is, now that region proposal network (RPN) can output class scores and bounding boxes and is trainable,why do we need Fast-RCNN.

Am I thinking it right that the RPN is enough for detection (red circle),and Fast-RCNN is now becoming redundant (blue circle) ? 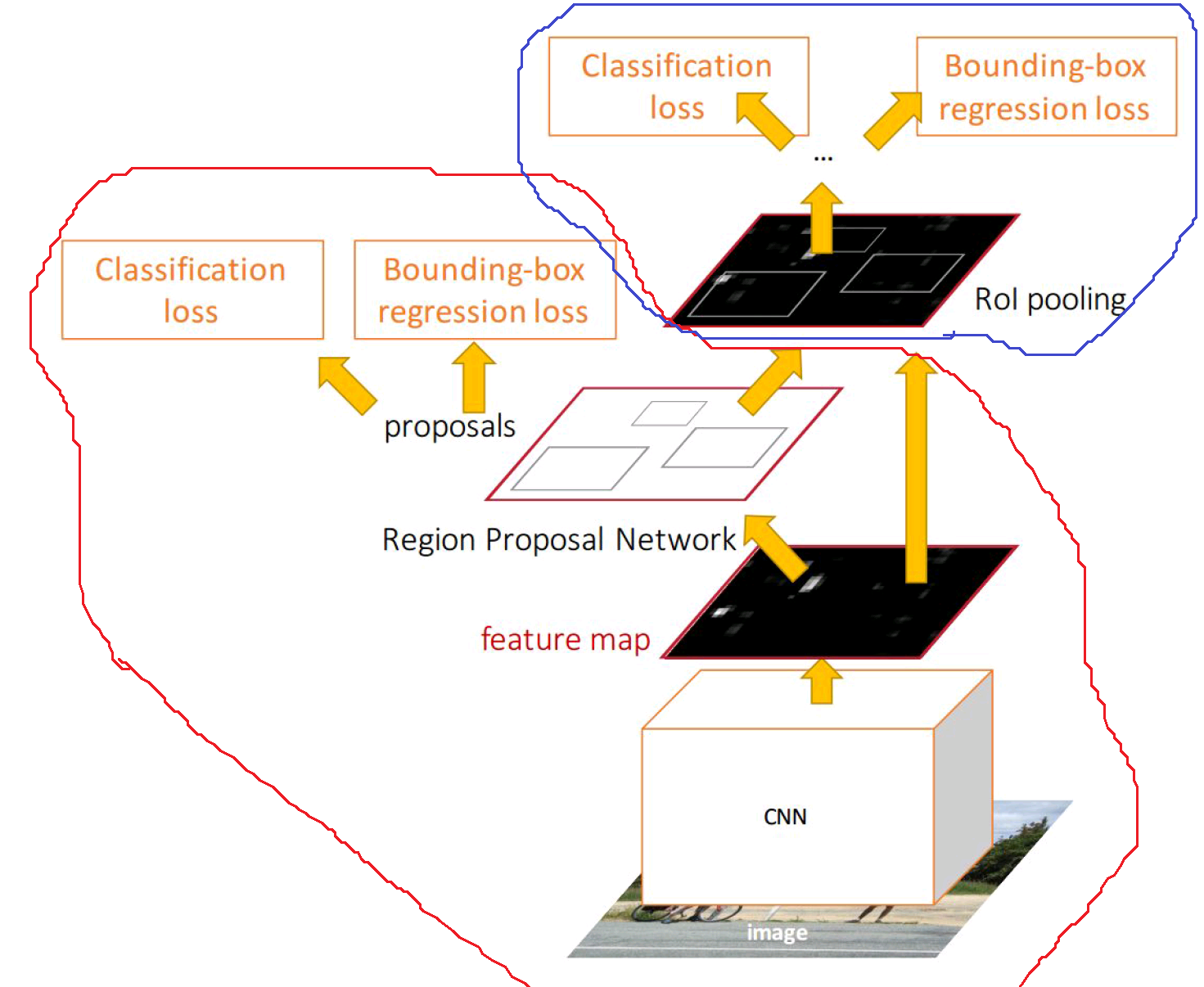 In Faster RCNN the RPN Network is an objectness based region proposal network that is integrated with the CNN network.

In the original RCNN method and Fast-RCNN, Selective Search is used to generate region proposals while the CNN part is used to classify them into object categories or background independently. Thus the CNN part mainly plays as a classifier, and it does not predict object bounds (except for refining by a bounding box regression layer). Therefore its accuracy depends on the performance of the region proposal module.

The experiments they performed showed that when the two networks share features (instead of using separate RPN and CNN networks), detection performance is improved.

Main reasons why RPN is not sufficient for detection:

Now if one did not care about finding an accurate bounding box for localization (satisfied with fixed "anchor" boxes), and one did not care about finding specific object classes (satisfied with 'object' vs 'backround'), then the RPN and classification loss (rather 'objectness' loss) could be sufficient to infer regions that are likely to contain an object.

Not the answer you're looking for? Browse other questions tagged computer-science machine-learning or ask your own question.

3
Help needed on method to use for anomaly detection in Computer Science
1
Choosing best representation for hit detection in computer graphics
4
Finding a minimal perfect hash function for small sets quickly
3
Why use the kernel trick in an SVM as opposed to just transforming the data?
2
Is “nonuniform learnability” only a necessity condition for “PAC learnability”?
1
Why discrete Newton converges faster than ordinary Newton?