Circles Rolling Around a Loop of n Circles [closed]

Let there be $n$ circles that have radius $r$. They all touch each other at a tangent, so they could be arranged in a circle. If a circle with radius $R$ were to roll around the outside of this arrangement, by how much would it be rotated? If you have trouble visualising this, think of a one pound coin rolling around a circular arrangement of two-pound coins.

In the case of $n$ circles of radius $r$ arranged around a central circle (see diagram below) the rolling (red) circle does not make a complete revolution around each blue circle, but only runs an arc corresponding to a central angle of $2(\alpha+\phi)$, where $\alpha=\pi/n$ and $\sin\phi=\cos\theta=r/(r+R)$. 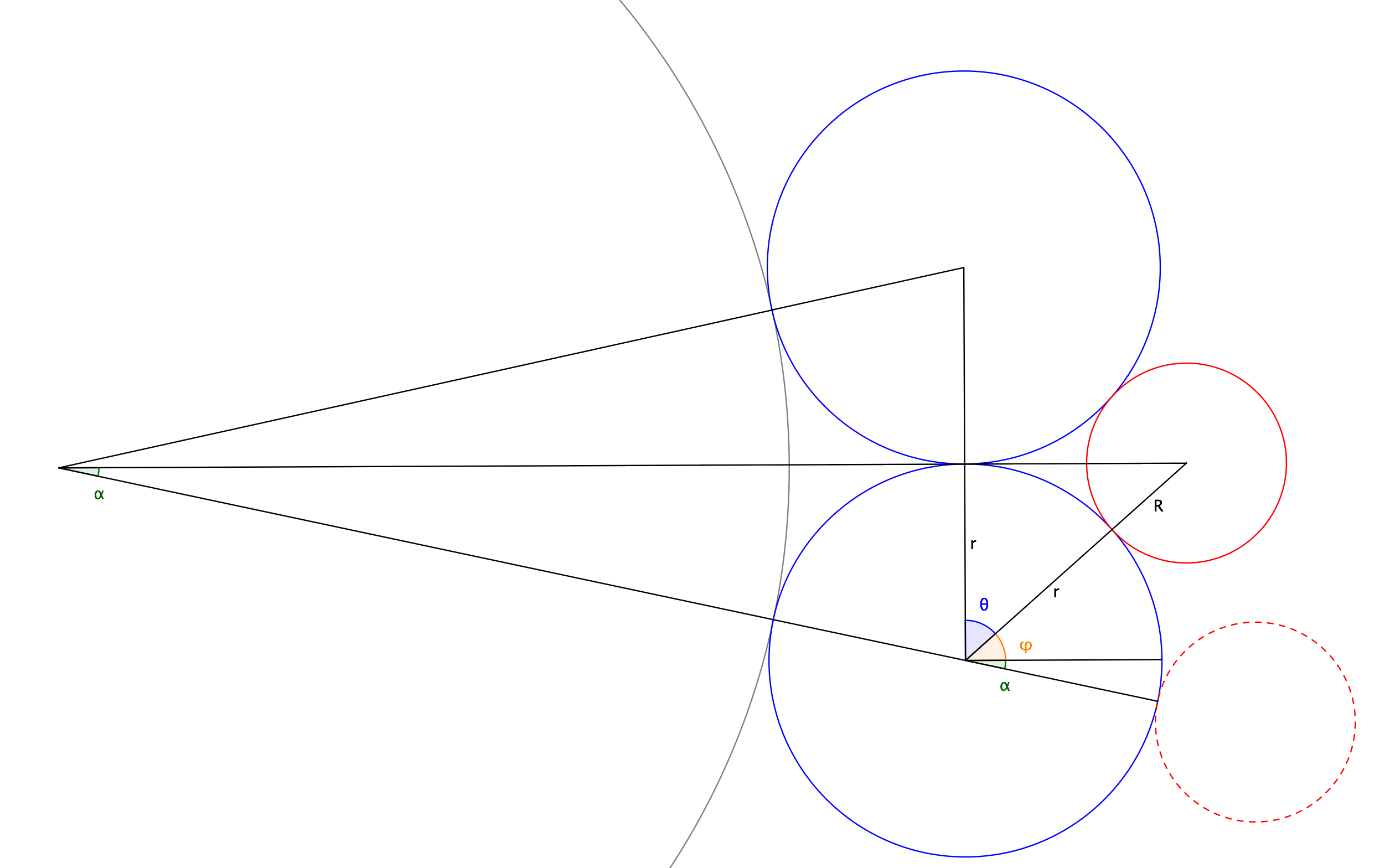 9
Circle revolutions rolling around another circle

2
Tangent with $2$ circles
0
Two circles are tangent to each other, find the ratio of line that splits the area into $1:2$
1
What is the distance travelled by the circle?
6
Arranging circles around a circle
0
Determining the radius of a circle to fit a specific region
0
Find radius of identical circles within a circular sector
0
Coin rotation problem
1
Is there a formula for the big radius of an evenly spaced ring of circles?