Are there any memorization techniques that exist for math students?

I just watched this video on Ted.com entitled:

Joshua Foer: Feats of memory anyone can do

and it got me thinking about memory from a programmers perspective, and since programming and mathematics are so similar I figured I post here as well. There are so many abstract concepts and syntactic nuances that are constantly encountered, and yet we still manage to retain that information.

The memory palace may help in remembering someone's name, a sequence of numbers, or a random story, but are there any memorization techniques that can better aid those learning new math concepts?

You shouldn't try to learn mathematics through memorization at all. It will get you nowhere: anything that can be memorized can be looked up these days. What you should try to learn is the underlying concepts and the way they relate to each other. If you understand those well enough, you won't need to memorize anything.

For math there is no better way to remember than to just understand. Though the time required to reach that point may be too difficult to forget.

If you say that the techniques that exist to help memory are amazing, I would not disagree. Visualization, they say, is the best way to memorize. I have not seen or heard of the "memory palace" other than what you wrote here and maybe in passing on an infomercial one time or another (am I correct in understanding it as a visualization technique?) I can say that I believe in the power of any visualization that helps in understanding or even just remembering mathematical concepts. The difficulty is in finding the personal imagery that works. Only after much meditation have I ever found such imagery that works for me on any particular problem I am considering, but it would not be something I could translate in order to benefit the random person.

For propositional logic operations, you can remember their truth tables as follows:

While some of the comments above have some validity, I can see you just needing to memorize some quick formulas. I do agree practice makes perfect. But what many of the memorizers AND Joshua Foer said is yes, they are tricks but they FORCE you to memorize things. And Foer goes on to say that they aren't even really tricks. They are actually harder to do that just doing it, because you're kind of setting up a safety net in your mind, and it often involved preparatory work.

Anthony Metivier is another memory "guru" who.. I guess.. throws out all forms of memorization stuff EXCEPT the "memory palace" (google it if need be). Though, while he focuses only on memory palaces, other systems like the Major Memory System, (where you associate the phonetic alphabet with numbers) make guest appearances. So, in Metivier's mind, if you have this.. 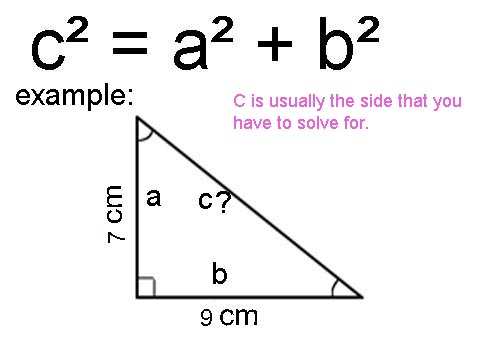 notice vowels and w, h, y are ignored ..you can associate formulas with words like:

'=' becomes an image of something meaningful to you, he chooses to use a FLAG

A2 = yawN (again, since you're ignoring the letters y, a, w, you can place them anywhere to make words)

'+' = this becomes another image of your choice- try using a cross, or hospital symbol

Now, he went a slightly different (I believe more complicated) route. I simplified this for you if you're new.

You now have images. You throw them into a story. And he would say "USE A MEMORY PALACE TOO!"

The idea would be you would walk through.. say.. your house and in your mind, you're placing these items in your house, in order.

Anyone into memory techniques will say to use your own images, your own words, your own palaces. Do not expect to find any Website on memory palaces and have things mapped out for you. Things like the Major System and Peg System will suggest things for you but if they aren't "sticky" TOSS THEM OUT.

Read more on building memory palaces and rules for doing so.

Not the answer you're looking for? Browse other questions tagged education self-learning or ask your own question.

68
Is memory unimportant in doing mathematics?
38
What's better strategy to handle tons of formulas, definitions?
26
Is memorization a good skill to learn to master mathematics?

4
any Math game for kids?
34
Are there contradictions in math?
13
Study Tips and Techniques for Self-Oriented Students
1
Is there any Math assessment test I can take?
2
Good Source(s) of Old Math Puzzlers for Students
1
Interesting/Paradoxical Math Problems for High School Students