In other words: two convex polygons do not collide if and only if you can draw a straight line between them. 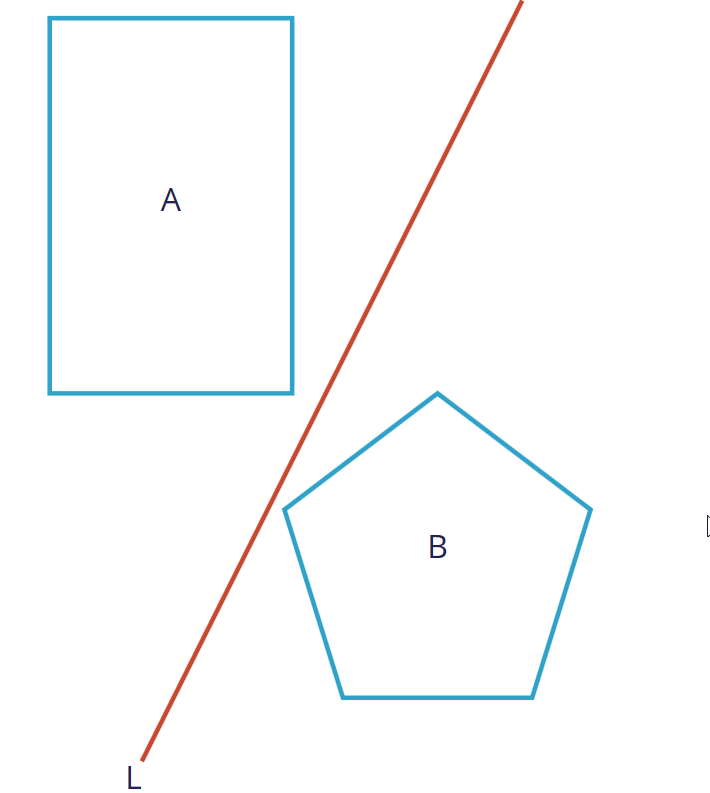 When reading articles about collision detection in computer science, you often find the following, stronger version: 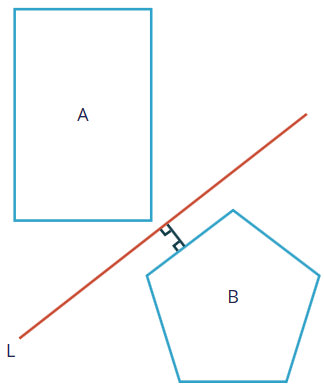 However, I haven't found any proof for this second version anywhere. I'd also think that the generalization is true for $\mathbb{R}^n$ with $n \ge 1$, but I have no idea how to approach this. Anyone?

I think this is an interesting question.

However, the result is not true for dimension $n\geq 3$. Consider the following counter example for $n=3$. 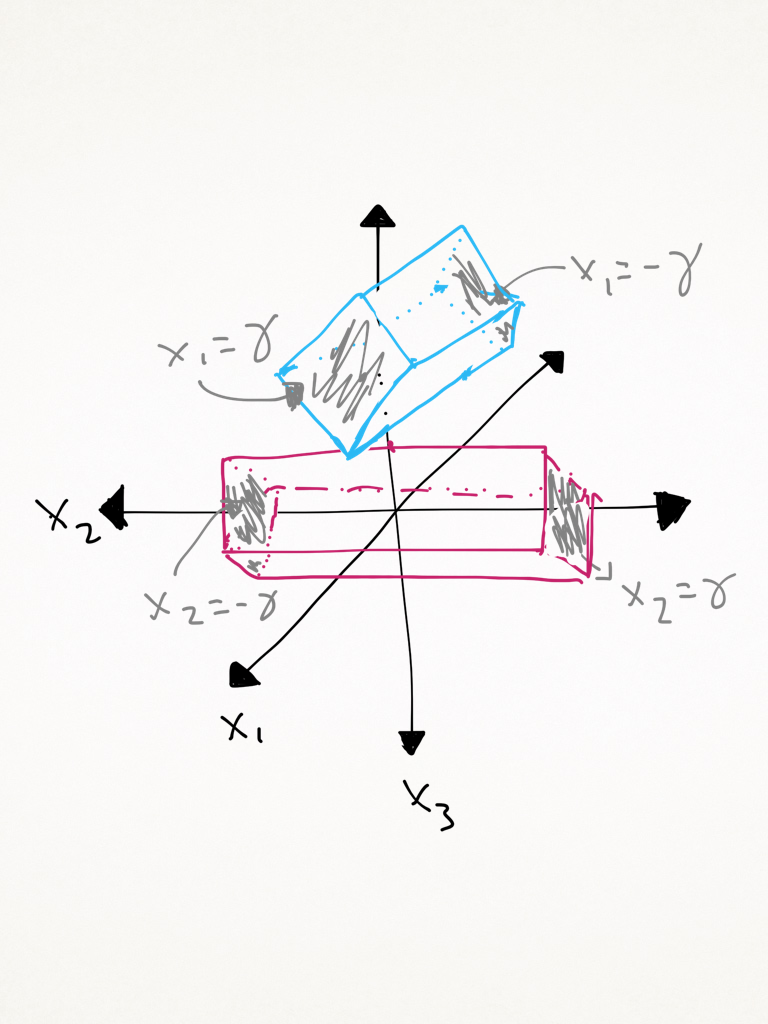 The counter example is probably best seen using the picture, although I can provide the half-space description if necessary. The counter example is two prisms with rotated squares as a base. They are situated in such a way that any half space defining one contains points of the other. Therefore, the conclusion is false.

Also, it sounds like you have a solution for dimension 2. In light of how the conclusion is false for higher dimensions, I do not believe that such a solution will be simple in the sense that it avoids using geometry in 2 dimensions.

Great question! it's amazing how many people claim this but without any argument or proof. I couldn't find any proof of it online but I did find a proof myself. I reformulated the theorem so it is correct in $n$ dimensions, and then extracted the original theorem from it in the $2D$ case.

Theorem (general): let $A, B \subset \mathbb{R}^n$ be 2 convex compact polytopes such that $A\cap B = \emptyset$, then there exists a separating hyperplane with normal vector orthogonal to one of the facets of the Minkowski sum $A+(-B)$

To make it easier on terminology I will work in $\mathbb{R}^2$ here, but the proof works exactly the same way for any other $n$ (just different words)

Theorem (2D): let $A, B \subset \mathbb{R}^2$ be 2 convex compact polygons such that $A\cap B = \emptyset$, then there exists a separating line with normal vector orthogonal to one of the sides the Minkowski sum $A+(-B)$

Your version of the theorem follows from this because in 2D, the Minkowski sum of 2 polygons can be obtained just by sliding arroud the edges of the original polygons. This is no longer true in 3D or higher so that explains the counter example given in the other answer that looked like this: 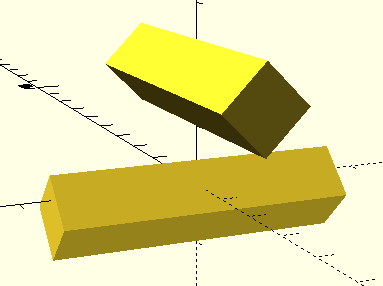 However, the modified theorem does hold in 3D and higher, so we need to look at the Minkowski sum. Call the bottom object $A$ and the top one $B$, then $A+(-B)$ will look like this: 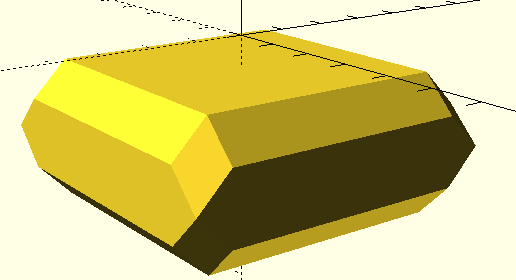 This Minkowski sum does provide a separating axis orthogonal to its top facet.

Not the answer you're looking for? Browse other questions tagged convex-geometry or ask your own question.

12
Can any two disjoint nonempty convex sets in a vector space be separated by a hyperplane?
2
Prove the supporting hyperplane theorem for convex sets in Euclidean spaces
1
Convergence of subgradients
4
Definition of convexity via probability measure
4
Proving that the intersection of closed convex sets is nonempty
0
compact, convex set has $0$-dimensional face
0
Need help verify my constructive proof for “A set is convex if and only if its intersection with any line is convex.”