This is a minor curiosity that I've been wondering about. Suppose that we draw a closed curve in the plane and that this curve intersects itself several times, but never twice in one spot. We can knot the curve by traveling along the curve and assigning over- and under-crossings alternately as we reach each intersection. It seems, as I have been told, that this will never cause a contradiction, i.e. under and over crossings will always match up. Why is this case?

I am not too familiar with know nothing about knot theory. If there is a non-technical proof of this result, or perhaps a proof involving graph theory, that would be wonderful.

Below are some diagrams to illustrate what I mean 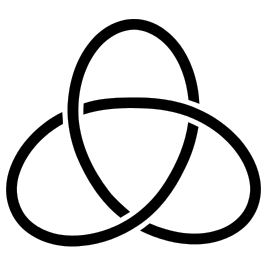 A trefoil knot formed by assigning alternate over and under crossings. 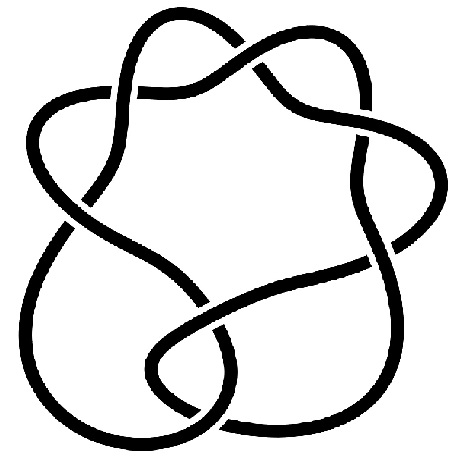 Consider the loop formed by starting at some crossing and following a strand until you get back to that crossing. The loop may cross itself, and it may be crossed by other strands. Each time it crosses itself, it does so twice (once over, once under). Each starnd that crosses the loop does so twice. So all told, the loop does an even number of crossings between visits to the starting crossing. Thus, it always winds up being due for the correct kind of crossing when it gets back to the start.

Not the answer you're looking for? Browse other questions tagged graph-theory plane-curves knot-theory or ask your own question.

1
Why is there no contradiction by construction of alternating knots?
9
Knots and graphs
6
Warp-like pattern in a closed curve

1
Crossings in an Eulerian Trail
0
On the definition of positive and negative crossings
3
Is there any knot showing infinitely many crossings?
3
Can all knots be put as a series of over-under-over-under crossings?
1
Knot Diagram of the Trefoil with $4$ Crossings
2
Alternating Link crossings.