The split normal distribution is a probability density function consisting of two halves of normal distributions, one below the mode $\mu$ and one above it, with different standard deviations, scaled to be continuous. It is defined as follows:

Unfortunately, I don't know enough calculus to actually integrate this myself, so I tried to use Wolfram|Alpha. However, I could find no way to input a piecewise function, so I tried my best to rely on integration rules instead. My first thought was to convert $S(x)$ into the following form:

However, Wolfram was unable to evaluate the former integral (in the allotted time), so I had to rephrase it into ones that it could, like this:

I believe these become this when evaluated (the only difference between the two is the right-side sigmas):

Are there any mistakes in this process, or is this the correct cumulative density function? I'm not that practiced with manipulating integrals, so I feel like I may be missing some subtle error. 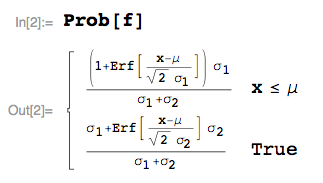 where I am using the Prob function from the mathStatica package for Mathematica to do the nitty gritties. As disclosure, I should add that I am one of the authors. 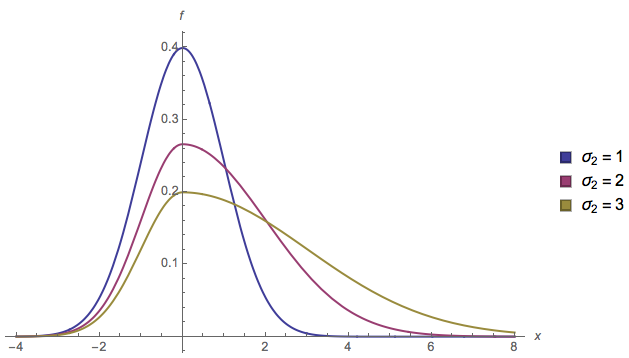 and the corresponding cdf plots: 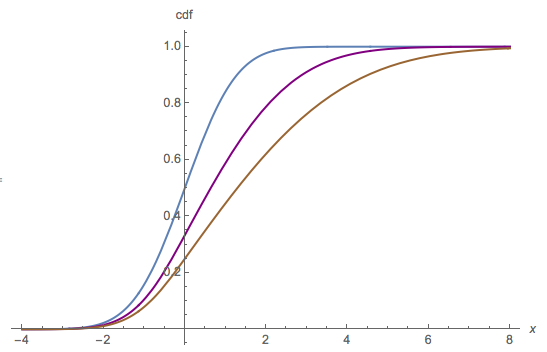 Not the answer you're looking for? Browse other questions tagged probability statistics normal-distribution or ask your own question.