I know the following classical maximum principle for harmonic functions:

How can I prove that the theorem is true if the hypothesis is that $u$ has a local maximum (or minimum).

The two harmonic functions $u$ and $v \colon z \mapsto u(x_0)$ hence coincide on a nonempty open set (namely on $U$), and since $\Omega$ is connected, and harmonic functions are real-analytic, the following identity theorem (the case $n = 2$ with the usual identification $\mathbb{C}\cong \mathbb{R}^2$) implies that $u \equiv v$ on $\Omega$, i.e. $u$ is constant.

for the power series representation of $f$ about $x$,

vanishes in a neighbourhood of $x$ if and only if all coefficients vanish. By continuity of $D^{\alpha}f$, the set 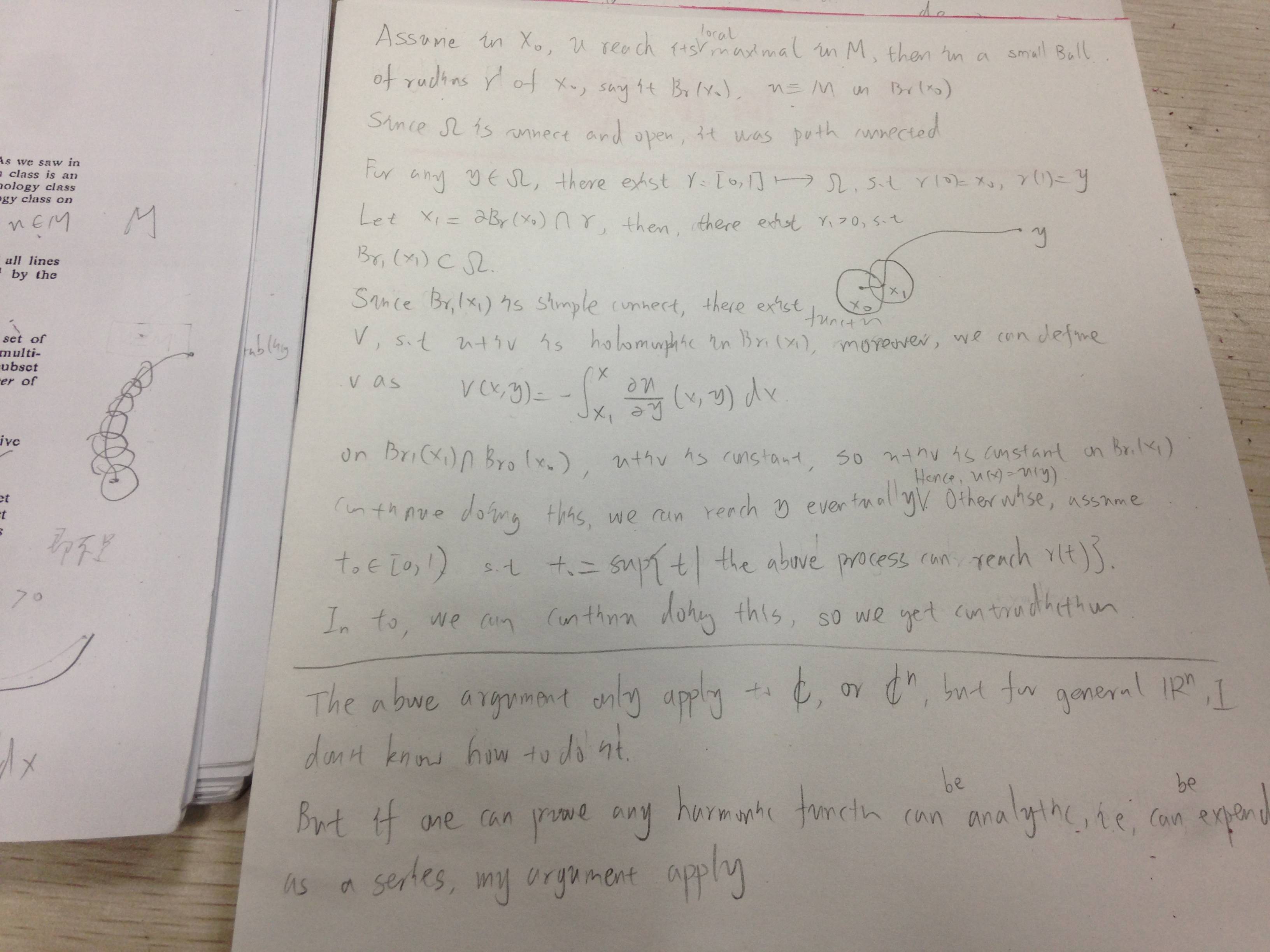