Does there exist such a positive integer?

I was trying to solve the problem:

Show that there are infinitely many integers which are not sum of a prime and a square.

I ended up showing that there are infinitely many numbers of the form $3k + 1$ which are not sum of a square and a prime. But then I was trying to find a different solution. I assumed that there are finitely many such numbers, and that $M$ is the biggest number which can't be written as a sum of a prime and a square. Then I tried to derive a contradiction by showing that there exists and integer $N$ greater than $M$ such that $N$ is a sum of a square and a prime. 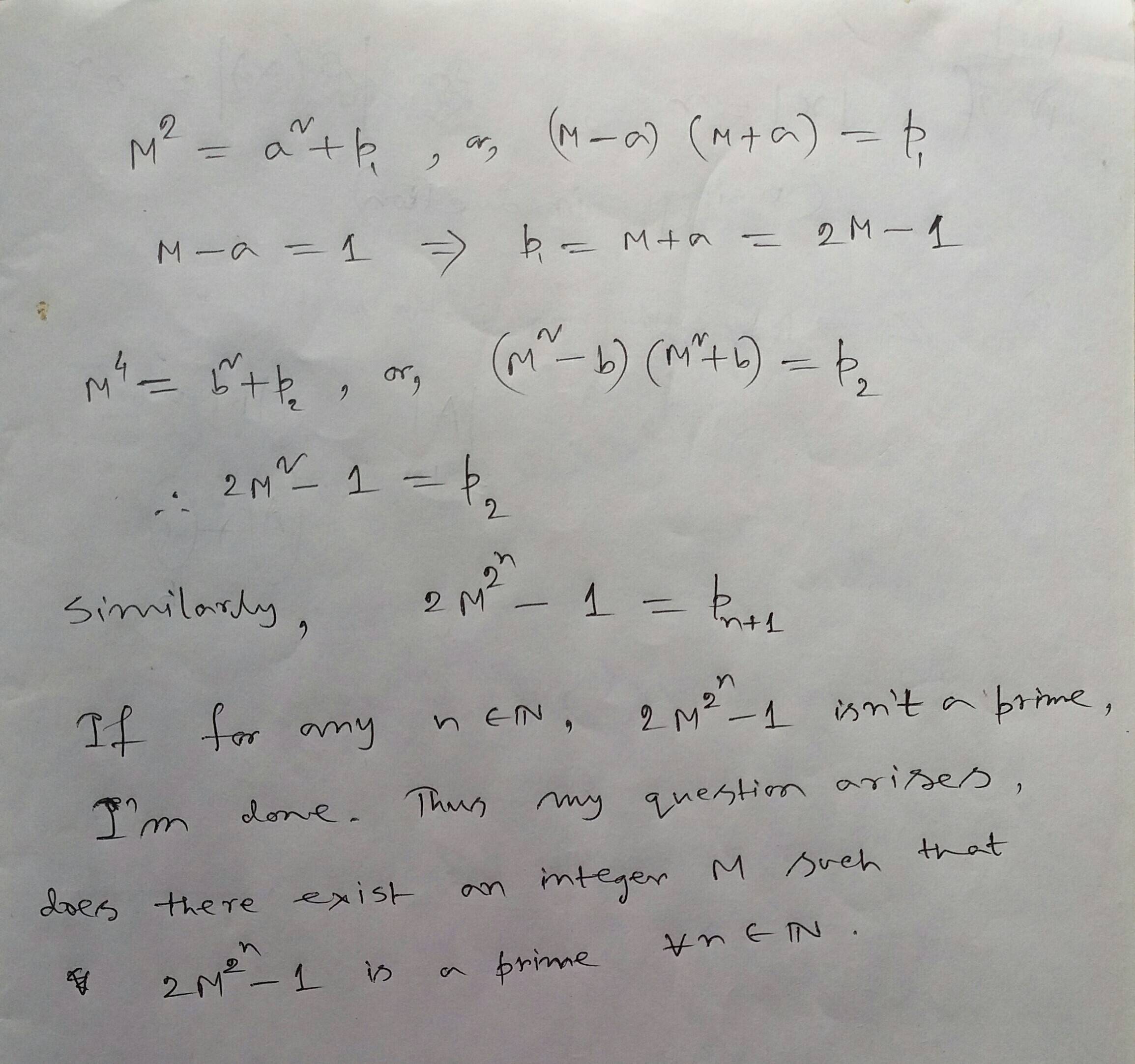 Evidently this is part of a contest problem. The question was to show that there are infinitely many natural numbers that cannot be written as a square plus a prime. If you do a simple computer run, you find that such numbers are usually squares themselves. Furthermore, the set of such numbers that are not squares seems to be finite. This is, indeed Hardy and Littlewood's Conjecture H.

On the other hand, the set of squares that cannot be written as a smaller square plus a prime is, evidently, infinite.

Not the answer you're looking for? Browse other questions tagged elementary-number-theory prime-numbers or ask your own question.

1
Proof that there are infinitely many Ulam numbers
6
Prime factors of a positive integer greater than its square root
11
Infinitely many primes of the form $8n+1$
0
Is 2(2k-1) is a perfect square for positive integer k?
5
How many primes $p$ such that $p-1$ is squarefree?
1
For every non-square odd integer $n>1$ , does there exist prime $p$ with $p+n$ a square?
7
Is there a method that can allow us to know how to prove theorems (number theory)?
1
How to prove that this equation has finitely many solutions