I already saw this question here, but the answers are not clear for me. Hope I could get clear solution and answer. I already got the $2^{nd}$ vertex which is $(4, 5)$. How do I get the other two vertices? Thank you! 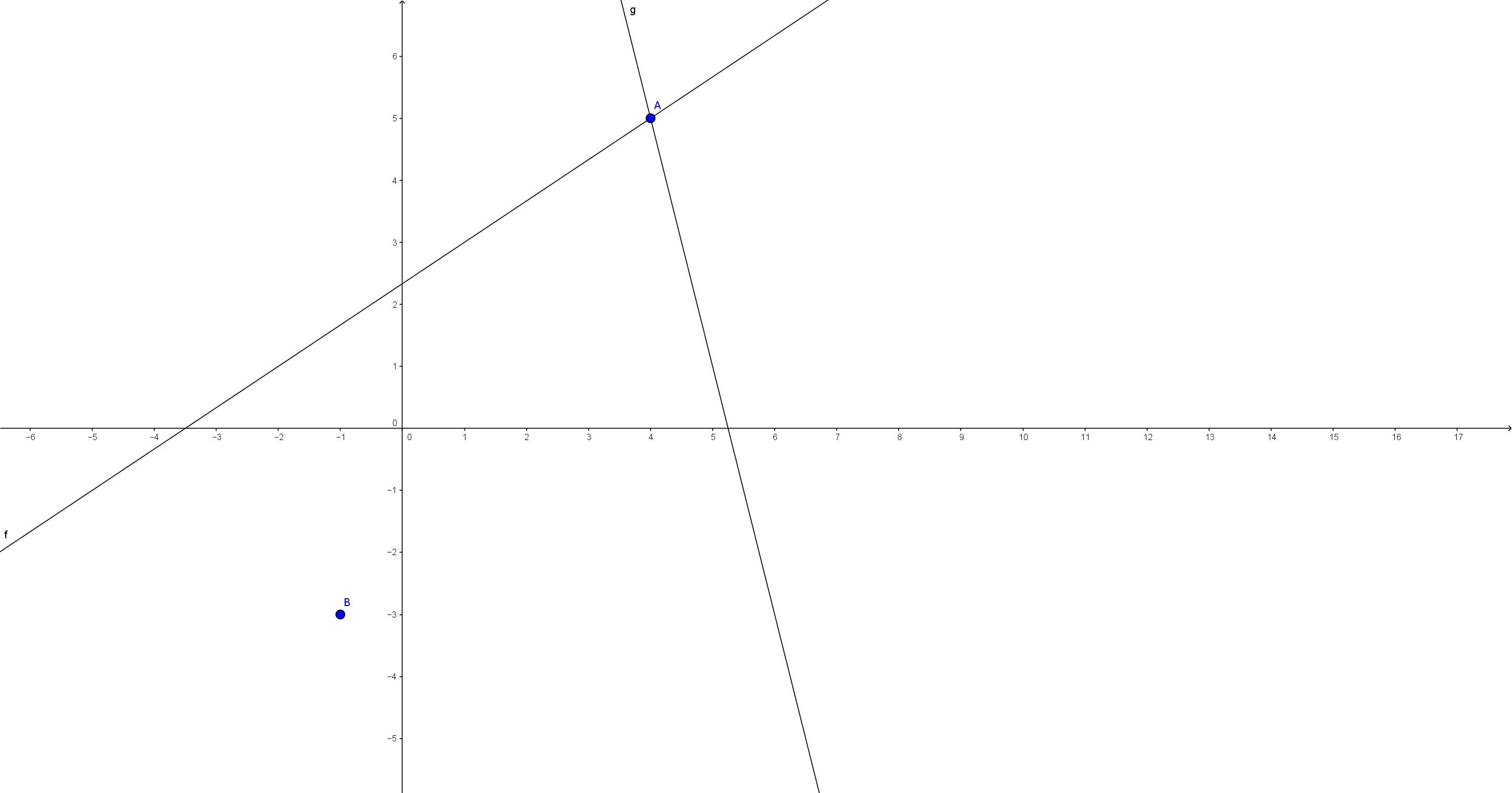 Finally use "In a Parallelogram, the Diagonals Bisect Each Other" i.e., the midpoint of $BD, AC$ will be same.

The vertex $A(-1,-3)$ isn’t on either of the given lines, so it and the other vertex that you’ve found, $C(4,5)$ are the ends of one of the parallelogram’s diagonals. There are a few ways to find the remaining two vertices.

One way is to find the equation of one of the missing sides and compute its intersection $B$ with the side to which it’s not parallel. The fourth vertex $D$ can then be found by using the fact that $A-B=D-C$.

You can determine the equation of a line parallel to a given one almost mechanically. The equation $ax+by+c=0$ can be written in vector form as $\mathbf n\cdot\mathbf x=const.$, where $\mathbf n=(a,b)$ is a vector that’s perpendicular (normal) to the line. Since this equation holds for all points on the line, the constant on the right-hand side is equal to $\mathbf n\cdot\mathbf p$, where $\mathbf p$ is a known point on the line. Applying this to the line $2x-3y+7=0$, we find that the parallel line through $(-1,-3)$ is $(2,-3)\cdot(x,y)=(2,-3)\cdot(-1,-3)$, which, after multiplying things out and rearranging, is $2x-3y-7=0$. With this equation in hand, you can find the two missing vertices as described above.

Not the answer you're looking for? Browse other questions tagged analytic-geometry quadrilateral or ask your own question.

14
The vertices of an equilateral triangle are shrinking towards each other
1
What will be the other vertex of the triangle?
5
Prove that the quadrilateral whose vertices are the midpoints of the sides of an arbitrary quadrilateral is a parallelogram
0
Finding vertices of rhombus formed by lines $y=2x+4$, $y=-\frac{1}{3}x+4$ and $(12,0)$ is a vertex. Can't find last vertex.
2
the equation of two sides of a parallelogram are $2x-3y+7=0$ and $4x+y-21=0$ and one vertex is $(-1,-3)$. Find the other vertices.
2
If $a,b,c$ are in Arithmetic Progression, find the other two vertices of the triangle.
3
Area of a triangle whose vertices are the only lattice points in it
2
Find the equation of parabola, when tangent at two points and vertex is given
0
Proving two sides of a convex quadrilateral are equal for given condition.