What is rotation when we have a different distance metric?

I am looking at the Taxicab metric in 2D and other related norms of the form:

I haven't formally studied this topic so am investigating ideas from the Euclidean norm and applying them to other values of $p$. In a previous question I looked at how the circumference of a circle (a set of points equal distance from a given point) changed with $p$. The best answer has now made me question what do we mean by 'rotation' as it talked about rotational-invariance but wikipedia's page discussing the topic refers to trigonometric functions which have strong links to the Euclidean measure.

In Euclidean geometry my understanding of an angle is the ratio of the length of a arc to the radius of that arc. Minor Question: Is this definition suitable to apply to other norms?

I applied this definition to the Taxicab metric and definited $\cos_1(\theta)$ and $\sin_1(\theta)$ to be the $x$ and $y$ coodinates of the point on a unit circle with angle $\theta$ (note in Taxicab a circle looks like a diamond). My graphs look like this (note that $\pi_1=4$ for Taxicab geometry):

Next I decided to investigate a rotating object with the Taxicab metric to try to understand the idea of rotational invariance. I took a number of points defining the perimeter of a unit square and rotated it. This is what I got:

At first I thought this was very strange until I draw in concentric circles going through every point I used to represent my square.

This demonstrated that each point is simply following a 'circular' path which is what we expect for a rotation. So perhaps my brain is just so used to looking at Euclidean rotation it can't accept that. (As an anology watching a tesseract rotate looks like it is distorting and bending but it just my inability to view it as a 4D object). So is this square rotating correctly? Or is this an example of rotational invarience?

I'm still coming to grips with the notation/language so may have misused words/symbols such as norm/metric/etc.

How it rotation defined for other metrics/norms/vector spaces?

$(3)$ Given two rays that extend from the origin to $C_d$ the angle $\theta_d$ between them is the arc length of the circle contained in the two rays. 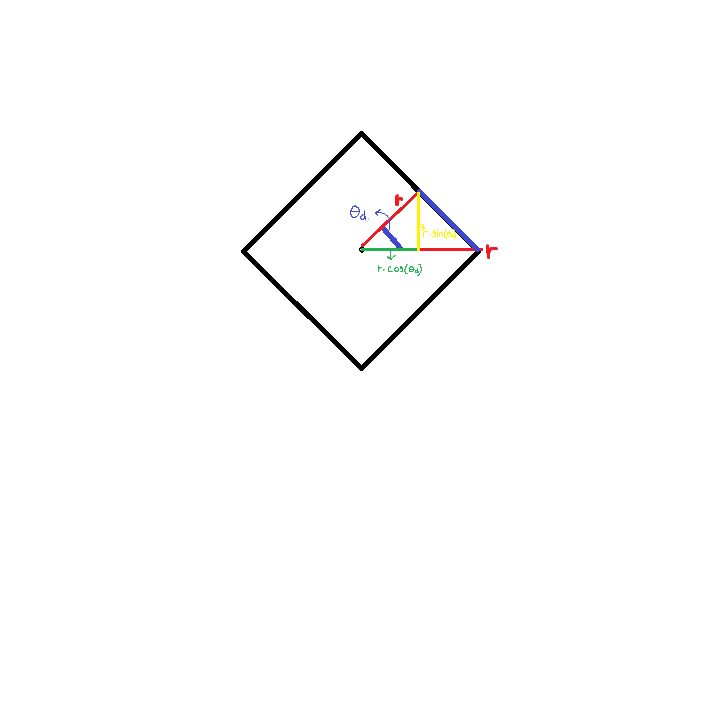 Note that rotation doesn't change the length with respect to the metric $d$. Now we're ready to talk about invariance.

The first thing is that rotation of the unit circle results in another unit circle. In fact, we have,

Below we have the unit circle for the $p=1$ p-norm metric. We see that at various stages of rotation we still have the same unit circle since it's invariant under rotation. However, if we rotate one part of the circle, it doesn't remain invariant. 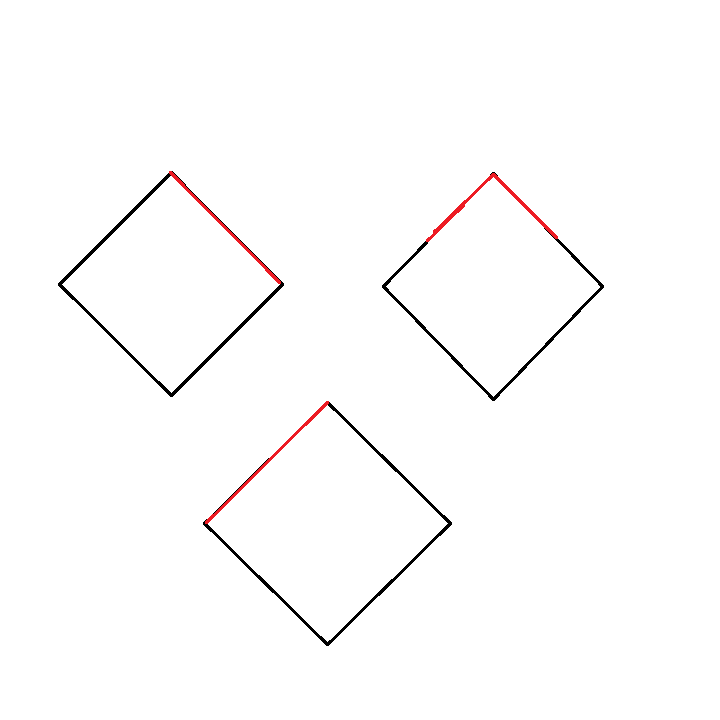 Not the answer you're looking for? Browse other questions tagged metric-spaces lp-spaces or ask your own question.

4
Is there any object/metric within all points are at same distance to each other?
5
What is the relation between convex metric spaces and convex sets?
4
Why do metric spaces that produce the same topology have different number theoretical difficulties?
22
Measuring $\pi$ with alternate distance metrics (p-norm).
5
Does the notion of “rotation” depend on a choice of metric?
4
What do metric spaces look like?
0
Is there a term for an $L^1$-combination of discrete metrics?
0
Does ordered set hold between two different metrics